Microsoft appears to have created a street art ad campaign in New York for its upcoming Surface tablet.

Microsoft's new Surface might not be launching until October 26th, but the company appears to be kicking off its marketing for the Windows RT-powered tablet a little early. A building wall in New York City has been taken over by three tablet outlines — similar to the ones used in Microsoft's unveiling of the Surface back in June. While there's no pricing information or other details, the street art shows off a trio of colors for the Surface keyboards — similar to the Surface cake displayed at Microsoft's Windows 8 party.

We've reached out to Microsoft to clarify whether the company was involved in the creation of the street art and we're waiting to hear back from a spokesperson. The street art mimics similar marketing tactics used by Microsoft for its MSN launch in 2002 and Windows Phone 7 introduction in 2010. Both graffiti art occasions angered city officials at the time, with the MSN butterfly campaign resulting in a $50 fine for sticking MSN butterflies on sidewalks, traffic signals, and stop signs.

Update: Microsoft says it's "not commenting" on the appearance of the Surface artwork.

Update 2: The Surface artwork is now appearing in additional locations throughout New York, thanks to Travis and Amanda. 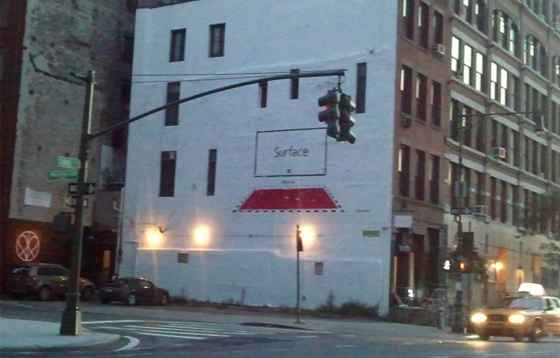 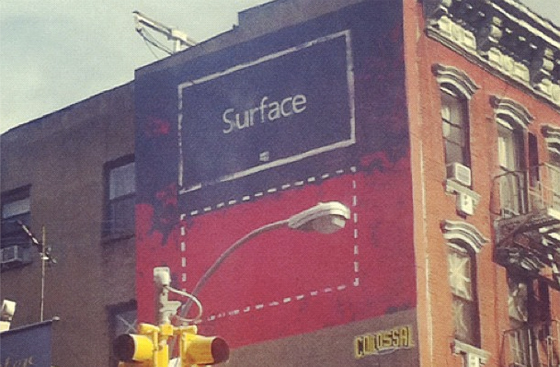