Canon has announced pricing and release information for its C500 and C100 digital cinema cameras.

Canon announced its 4K-capable EOS C500 digital cinema camera back in April, but we haven't heard much about it since testing it out a few days later. Today, though, we now know that it'll be available in October for the somewhat eye-watering list price of $30,000. While the new flagship EOS C camera was always going to be in the "if you have to ask, it's too expensive" range, for the rest of us it's considerably more expensive than competing 4K cameras from the likes of RED and (eventually) Sony.

That must be why Canon's used the occasion to announce details of the considerably more affordable C100 as well. While the C100 is only capable of capturing 1080p video, like the C300, it'll still let you use Canon's extensive range of EF, EF-S, and EF Cinema lenses in a package around 85 percent of the size. No PL-mount version will be available, however. It ships in November for $7,999. 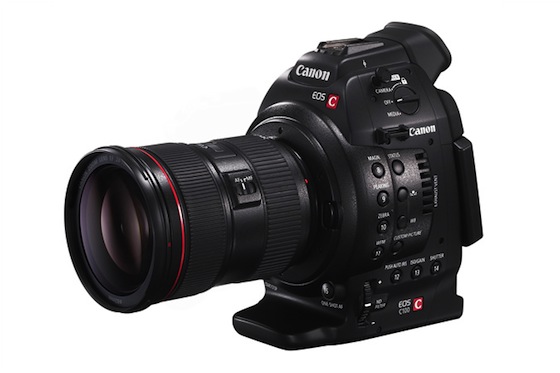 Canon's digital cinema cameras: from 1080p to 4K and beyond