Parallels Desktop 8 for Mac is available now as a paid update, and it includes far improved Windows 8 support.

With a new version of Windows comes a new version of the popular Parallels virtualization software for OS X, and starting today there's a new version — Parallels Desktop 8 for Mac — that revamps the program with complete Windows 8 integration and other improvements, including that elusive Retina display support.

The major change in Parallels Desktop 8 is right in the name: the software handles Windows 8 completely differently than the previous version of the virtualization program. In Parallel's default "Coherence" view mode (which displays Windows applications in their own windows on your Mac desktop), Modern UI Style (read: Metro) apps will open in their own separate fullscreen windows and occupy their own spaces. It can be a bit jarring: in Coherence mode you open the Start menu from the OS X menu bar, and then once you open a Metro app it disappears as you're pushed into a separate space. Still, we can't think of a better way for this to be handled — Windows 8 wasn't designed for such interactions and some design choice had to be made. Parallels has also seen fit to intercept Windows 8 notifications and display them using Mountain Lion's built-in notifications bar, and the cursor will now "stick" to the edge of the window when moving at slow speeds, allowing you to easily open the charms bar and the start menu from the corners of the screen.

Beyond Windows 8, the new software also takes Mountain Lion's dictation and allows it to function within guest operating systems, and OS X's keyboard language settings will now apply to Windows as well. Additionally, the fullscreen mode now uses Lion's and Mountain Lion's fullscreen controls, opening in a new space and minimizing the dock. You'll also be able to drag and drop files to Windows applications in the dock and automatically have the file added as an attachment, à la Mail in OS X, and a new "open in Internet Explorer" button has been added to Safari. 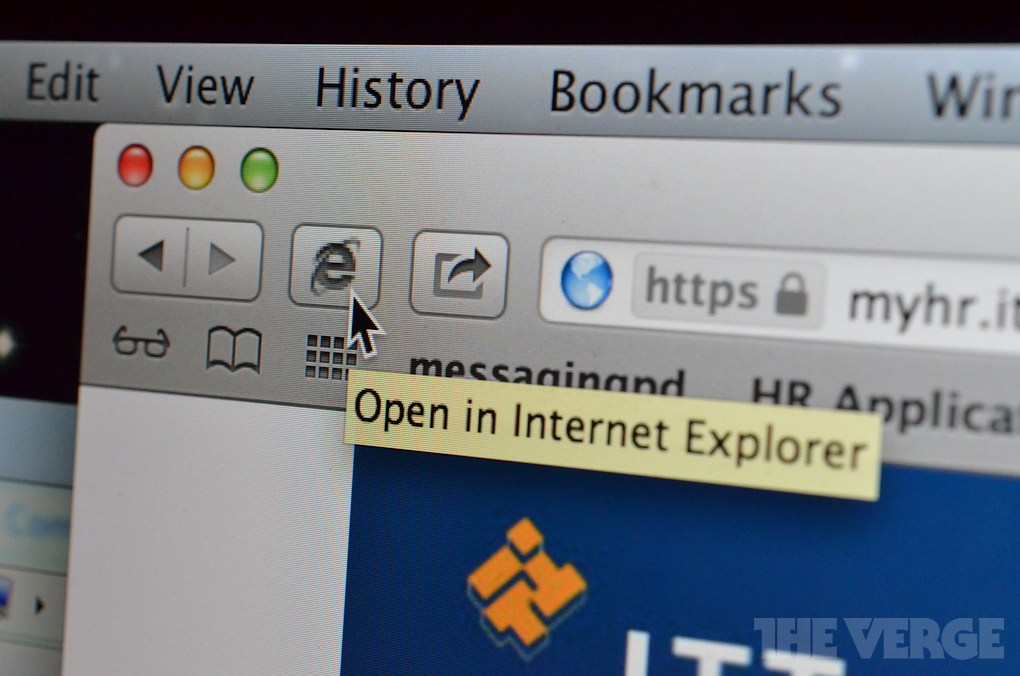 The last major change applies to those using the MacBook Pro with Retina display. In a previous announcement it was less than clear that guest operating systems did not support the Retina display (it was a terribly blurry experience), but now Parallels can properly handle the resolution. Everything looks crisp and clear, and Windows will change its resolution as you adjust the size of your window. Parallels is using 199% scaling to make text and icons legible while remaining clear. Adding support for the high-resolution display is great, but considering that this is a paid update we don't think those who purchased Parallels Desktop 7 with the understanding that it could handle the computer will be happy at all — and we can't blame them.

Parallels Desktop 8 for Mac is available now as an upgrade from the previous version for a hefty $49.99, while a full license will run you $79.99 when it launches on September 4th. Anyone who purchased Parallels Desktop 7 after July 24th will be able to upgrade for free. We just wish that date could be pushed back a couple more weeks to cover anyone who purchased the software following the unclear Retina display announcement on July 10th.