Apple v. Samsung jury foreman: only the 'court of popular opinion' can change the patent system

We spoke recently with Velvin Hogan, the foreman for the Apple v. Samsung jury, who described his experience serving on the jury as a personal high point — while also cautioning that those who were unhappy with the results should look to public debate to help transform the US patent system.

Share All sharing options for: Apple v. Samsung jury foreman: only the 'court of popular opinion' can change the patent system

When the Apple v. Samsung jury handed in its $1.049 bilion verdict last week, the man that delivered the form itself was jury foreman Velvin Hogan. We recently spoke with the 67-year-old engineer, who described his time participating in the trial as a personal high point — while also cautioning that those who were unhappy with the US patent system should look to public debate to change the situation, not a jury.

"Except for my family, it was the high spot of my career," Hogan said about the trial. "You might even say my life." A holder of a patent on video compression himself, he said he recognized that the case represented a "landmark decision," and that he was pleased he'd been selected "because I wanted to be satisfied from my own perspective that this trial was fair, and protected copyrights and intellectual property rights, no matter who they belonged to."

"We had a very methodical approach." 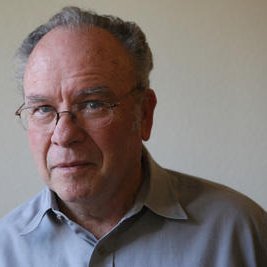 Hogan said he was one of a pair of jurors that served as the de facto technical experts of the nine-person panel. There was a sense amongst the jury that at times Samsung had been trying to muddy the technical waters, he admitted, with several jurors asking questions about the more nuanced issues in play. As the foreman, he moved discussion along by not allowing the jury to remain stuck on any given question; if they couldn't come to a unanimous decision, they would move on to the next item on the verdict form. "We had a very methodical approach, no matter what you may hear to the nay of that," Hogan said, also stating that the layout of the 20-page verdict form helped the group reach their conclusions quickly.

When it came to determining if the UI on Samsung devices could be confused with that of the iPhone, Hogan detailed a comparison test the jury conducted. Brightness levels were adjusted accordingly, and then one of the jurors would pick up an iPhone and one of Samsung's phones. "He would hold one out in front of us, face out; put it back to his chest. Hold the other one, and put it back to his chest... We did that for each and every one of the phones." The jurors then performed the experiment again without the room's fluorescent lighting, he said, to see if that would change their impressions.

Hands-on time with the actual devices wasn't the only additional bit of information the jury found themselves considering during deliberations. When it came to Samsung's claims that Apple had infringed its standards-essential patents, the jury had only been shown select pages from the 3GPP Release 6 standard that Apple said it adhered to; while deciding the verdict, the jury had access to the entire document. Reviewing the full specification, Hogan said, made it clear that early deposition testimony by two German Intel employees — which favored Apple — was actually correct.

"You're making judgements that the process failed."

While the jurors were prohibited from viewing any media coverage during the trial, it was clear that Hogan has since become acutely aware of some of the criticism aimed at the jury by those who feel the decision was the result of a broken patent system, and that traditional juries aren't appropriate for these kind of cases. "I try to be as objective about it as I can... I tell you it doesn't bother me, but what does bother me is the fact that the position that that's coming from sounds like sour grapes. So, it didn't come out the way you wanted it to — and oh by the way, you didn't even sit on the jury, you didn't sit in the courtroom, you didn't hear all the evidence, but you're making judgements that the process failed."

Stressing that the jury used "the rules for today" in coming up with its verdict, Hogan noted that a vigorous public discussion was actually the appropriate place to air grievances — and create change. "I believe it's through fair and heated debate and the use of logic that if a philosophy is wrong — such as the Patent and Trademark Office, as many are saying it's sick, or it's broken — if that is the case then it's the court of popular opinion that makes the change," Hogan said. "I applaud the debate," he emphasized, noting that it was only with a clear consensus that the system could be modified effectively.

As for Samsung, Hogan sees the company as being in a strong position, citing their continual release of new products as an important strength. "You've got a collection of some of the most innovative engineers on the globe," Hogan said. "Use their ability to your advantage, and you just might be innovative enough to come up with something better than Apple."