Nintendo had plans to produce a knitting machine accessory for the NES.

CES still has its share of weird gadgets each year, but this one might just outdo them all. Former Nintendo of America employee Howard Phillips has taken to Facebook to post an advertisement for one of the more unusual NES accessories we've ever seen: a knitting machine, with a slogan proclaiming that "Now You're Knitting With Power!"

"Of course we should probably mention that no other video game system offers anything even remotely similar."

We thought it had to be a fake at first, but an LA Times report from CES back in 1987 actually mentions the accessory as being part of an "offbeat knitting demonstration." The device apparently allowed you to hook it up to your NES and program in items of clothing for it to knit automatically, patterns and all. The Times said it could make mittens, socks, and a variety of other items, but the flyer only mentions sweaters.

"But why needle the competition?"

It was apparently being shown for "business feedback," which perhaps explains why it never made it to market, but it's a tantalizing glimpse at what might have been. While Nintendo would later go on to court the wider gaming audience with successful titles such as Brain Age and Wii Sports, it seems the company had held similar ambitions for quite some time. 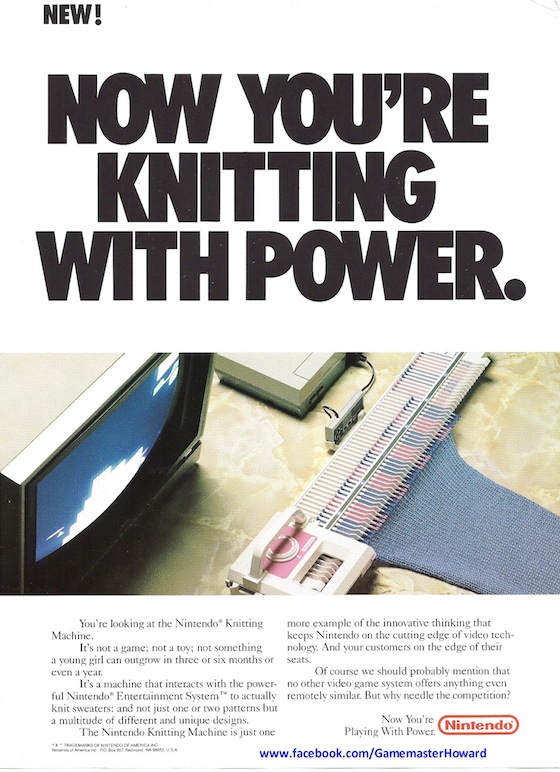