After a journey spanning more than eight months, NASA's Curiosity rover has successfully landed on the surface of Mars.

After a journey spanning 36 weeks and 352 million miles, NASA's Curiosity rover successfully landed on the surface of Mars at approximately 1.32AM ET. The exciting journey culminated in what NASA called "seven minutes of terror" that the craft had to endure en route to the planet's surface, including temperatures of 1,600 degrees Fahrenheit and speeds approaching 13,000 mph. Administratior of NASA Charles Bolden, Jr had the following to say:

"It's a huge day for the nation. Everybody in the morning should be sticking their chest out and saying 'That's my rover on Mars,' because it belongs to all of us."

While Mission Control confirmed that Curiosity is "wheels down on Mars" and has shown off the first images taken by the rover, we can't yet be sure if it's fully operating as intended. If all goes to plan, however, the rover will assist humans back on Earth with investigations concerning life on Mars. 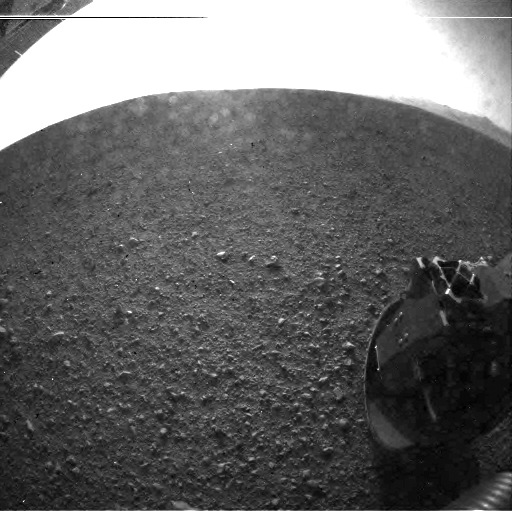 #MSL: Here's one of the first images from @marscuriosity twitter.com/NASA/status/23…

#MSL: Here's a better picture where you can see the @marscuriosity shadowin Gale Crater on Mars twitter.com/NASA/status/23…

You can watch the moment of touchdown here:

Image of Curiosity descending by parachute, just before the vehicle separated for the sky crane maneuver to the surface: 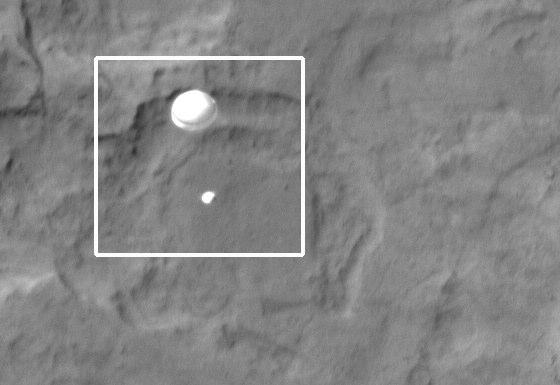