Microsoft has released a Windows Essentials 2012 update that includes improvements to Photo Gallery and Movie Maker.

Microsoft is releasing its Windows Essentials 2012 package this week, an update to its existing Windows Live Essentials applications. The company is dropping its Windows Live branding this time around, a decision that is echoed across its upcoming Windows 8 operating system. Although Essentials 2012 includes Mail, Messenger, SkyDrive, and Writer, Microsoft is making the most changes in its Photo Gallery and Movie Maker apps. 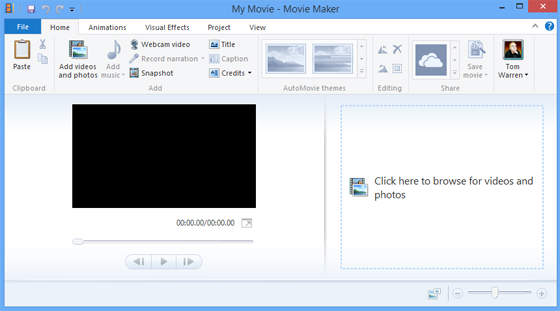 Movie Maker has been designed to work with the new hardware accelerated graphics changes in Windows 8, improving the performance of the app. The updated app also includes a new video stabilization feature that includes wobble correction for shaky videos. Microsoft has also worked with AudioMicro, Free Music Archive, and the Vimeo Music Store to make it easy to find music online with the proper rights to include in Move Maker videos. A new waveform visualization in the app also makes it easier to trim and cut sections of video to match a music track. Other enhancements in Movie Maker include some new text effects and outputting to h.264 video by default.

Photo Gallery is the second app that contains noticeable changes. An auto collage feature now lets you create a collage of photos automatically, merging images in a collection of photos. Vimeo is also supported as a publish partner this time around, allowing users to upload videos from Photo Gallery and Movie Maker straight to the video sharing site.

Outside of Movie Maker and Photo Gallery, the rest of the Windows Live apps remain relatively unchanged. You can download and install Windows Essentials 2012 via standalone or web installers.