After five long years at Facebook, lead designer Ben Blumenfeld is leaving his post to become co-director of Designer Fund, a full-service angel fund that provides mentorship and resources to up and coming designers hoping to start companies. While investors are watching closely to see who leaves the company in the wake of the IPO, this departure has been in the works for a while. Blumenfeld got Designer Fund off the ground a year ago with friend and colleague Enrique Allen, but is only now going to work full time at the company.

After five years at Facebook, lead designer Ben Blumenfeld is leaving his post to become co-director of Designer Fund, a full-service angel fund that provides mentorship and resources to up-and-coming designers hoping to start companies. While investors are watching closely to see who leaves Facebook in the wake of its IPO, this departure has been in the works for a while. Blumenfeld got Designer Fund off the ground a year ago with friend and colleague Enrique Allen, but is only now going to work full time at the company.

Allen, a venture advisor at 500 Startups, helped launch Facebook Fund, a seed fund supporting entrepreneurs working on the Facebook platform. Blumenfeld and Allen collaborated at Facebook Fund, and were both irked and inspired by the lack of designers leading companies in Silicon Valley. "I shouldn't be trying to make startup people more like designers," Blumenfeld recalls Allen saying early on. "I should be getting designers to join startups." 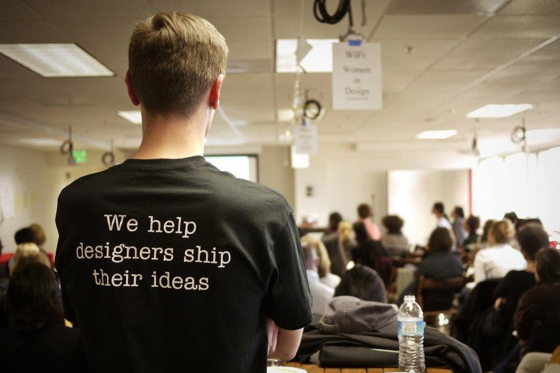 A growing segment of the tech world believes that designers are more valuable than developers to a startup's success in the mobile environment. "Great design becomes increasingly vital as computing gets less expensive," Betaworks CEO John Borthwick wrote in a now-famous letter to shareholders back in January. "As the cost of building and operating software-based businesses decreases, increasing value will accrue to design," wrote Borthwick.

Designer Fund is to some extent the culmination of everything Allen and Blumenfeld have learned, providing mentorship, funding, and skills for creative entrepreneurs, with a focus on "social impact," Blumenfeld emphasizes. Before he even began working at Facebook, Blumenfeld wanted to make a tangible difference in the world and and get "lots of eyeballs" on his work. He started his career designing websites for CBS TV shows, which a few million people would visit per month. "I wanted to do something as meaningful as possible with my life," he says. "Moving people to watch more TV didn't quite cut it."

"Moving people to watch more TV didn't quite cut it."

Blumenfeld got his first taste of entrepreneurship at iRubin, a friend's oddly-named web development agency, later renamed Varien, where he helped build up the company's design team. When Varien was only 30 people, Facebook's Jeff Hammerbacher approached Blumenfeld with a proposition. "All I knew about Facebook at the time was that our interns would never get off it," Blumenfeld says. "We'll pay for your flight and hotel to Palo Alto," Hammerbacher responded. Blumenfeld's brother lived in Palo Alto, so he decided to take a little vacation. "I'm not going to join your little college social network," he remembers thinking. Now, nearly a billion people see Blumenfeld's work every month. "I didn't even think that kind of scale was in consideration," he says.

A few months later, Blumenfeld was working happily at Facebook, alongside some of the most brilliant designers he'd ever met. "These guys were amazingly technical. All of them could code better than most engineers I knew, but also knew business and the legal ramifications of any design decision they made," he says. Early on Blumenfeld got a glimpse of the well-rounded design athletes he'd some day hope to cultivate. "We're gonna try and change the world and get everyone in the world on this thing and fundamentally alter the way we communicate," 21-year-old Mark Zuckerberg said to him. Blumenfeld would go on to lead some of Facebook's most important products and teams, like Communications Design, the department responsible for educating new users about new features on the site like Timeline profiles.

"I'm not going to join your little college social network."

At Designer Fund, Blumenfeld and Allen want to provide resources for aspiring entrepreneurs with design backgrounds — people that might take a little nudging. For Blumenfeld, it only took one trip to Palo Alto, but he's always been an adventurous guy. "Many designers want to take the agency route," Blumenfeld said, "simply because there's a lack of connections between designers and great business leaders and engineers." He hopes to connect entrepreneurial designers with the talented, well-rounded engineers that can ship an idea. 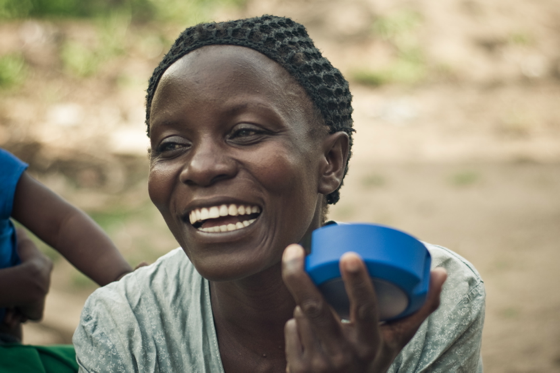 During his free time over the past year Blumenfeld has worked with several companies to create the "social impact" he always hoped of making on the world. Angaza Design, for example, is a Designer Fund company that has provided villages in Africa with simple lights they can easily pay for on their cell phones. "How do u explain to people who can't read how to power this light?" Blumenfeld asks. "Angaza Design has created a brochure with no words, almost like an Ikea brochure, to explain how this thing works."

"Our community of designers gives angel funding, mentorship, and connections to entrepreneurial designers. Our mission is to invest in designers who create businesses with positive social impact," the Designer Fund mission statement reads. Big VC firms like Andreesen Horowitz, Khosla Ventures, and Kleiner Perkins Caulfield Byers are onboard. So is 500 Startups, Allen's old gig. "We also believe that companies can be more successful if design, engineering and business talent collaborate from the beginning," Blumenfeld and Allen agree. Blumenfeld points to some his favorite new companies like Instagram, Etsy, Vimeo, Path, and Fab as companies he's inspired by.

"Design is at its peak when it's improving society."

"Facebook has 45 designers now," he says. "There were five when I started." A lot has changed in Blumenfeld, and Facebook is in a constant state of entropy. What hasn't changed is his desire to make an impact on the billions of people without access to Facebook. Not every one of Designer Fund's projects focus on third world countries, but they all focus on "pain points" common people experience that Blumenfeld thinks good design can solve. "It's tech married with design," he says. "We're almost like anthropologists, internalizing the pain and problems people have.... Design is at its peak when it's improving society."