Sony's new Xperia Tablet has shown its face again in a set of leaked images posted on the xda-developers forum.

Late last month, we got a look at Sony's new Xperia tablet via a set of leaked slides posted on the xda-developers forum. Now, as Unwired View points out, that same forum post has been updated to include better-quality pictures of the device, showing its case from the front, back, and side. Like the Tablet S, this new device — which will reportedly be called simply "Xperia Tablet" — has a curved design, resembling a folded book or piece of paper.

The front of the tablet appears to feature a relatively thick bezel around a 9.4-inch display, while the back (shown below) is dominated by a perforated black bar branded with the Xperia logo. According to the slides published last month, the device will run "Android 4.0 or later" on an Nvidia Tegra 3 processor, and is expected to retail for $449.99, $549.99, and $649.99 in 16GB, 32GB, and 64GB variants — a Surface-style keyboard cover will reportedly cost $99.99. At the moment, there is no information on availability. 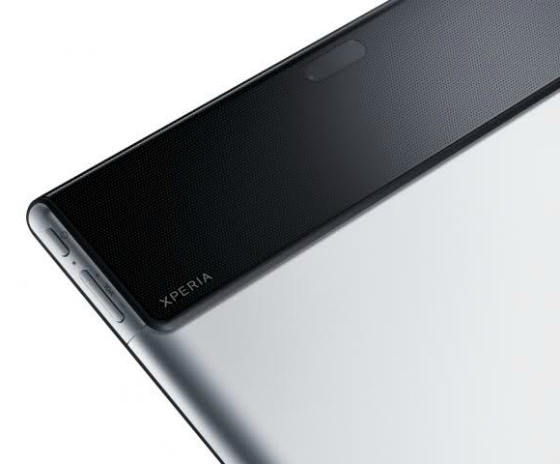