The new iPhone will allegedly ship with new earbuds according to a video from Tinhte.

It's been a while since Apple last updated its pack-in earbuds; the current model with the in-line remote and mic came out in 2008, and the design of the buds themselves dates back to 2006. That may be about to change with this month's all-but-certain release of a new iPhone, however. Vietnamese site Tinhte, which has a reasonable track record of getting hold of pre-release products, has posted a video of some earphones with a striking new design allegedly bound for the new iPhone 5.

'Designed by Apple in California. Assembled in Vietnam.'

Tinhte claims that the earphones are being manufactured at a Vietnamese Foxconn plant, and they bear the legend "Designed by Apple in California. Assembled in Vietnam." on the cable. The buds have an unusual molded design that appears to funnel sound into the ear canal, and the speaker grilles are largely hidden from view. Tinhte says that they look like a "fully integrated single unit," and while the solid white design is reminiscent of Apple's "unibody" construction process you can see the seams if you look closely enough.

One point that gives us pause is that there's no sign of an in-line remote, which we'd think essential for any iPhone pack-ins. There's also no shortage of earphone manufacturers that'd be able to replicate something like this, though Tinhte seems convinced by the build quality. In any case, with a rumored reveal in less than two weeks we shouldn't have long to find out if these are the real deal. 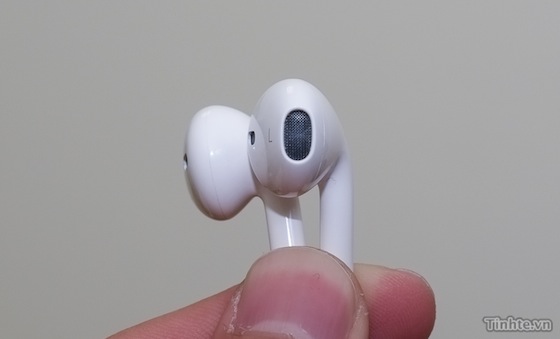