Breaking through Windows RT: why Microsoft needs to drop the desktop

Breaking through Windows RT: why Microsoft needs to drop the desktop

Microsoft has a desktop mode on its Windows RT ARM-based tablets, but why does it need one?

Last month at IFA 2012, we got our first real look at Microsoft’s Windows RT operating system — designed to run on ARM-based chipsets. Shrouded in mystery since its conception, RT is positioned as an OS that could, perhaps, rival iOS on tablet hardware. However, one big part of RT’s mystery was revealed at IFA — the operating system will include a full desktop mode that’s near-identical to its Windows 8 counterpart. Although we knew Microsoft was planning this all along, many had hoped that the company would alter the desktop in some way to accommodate finger-friendly navigation, or just disable it completely.

The desktop mode is present in Windows 8, and for good reason. Windows 8 will run on traditional x86 systems and needs a desktop mode to support thousands of legacy desktop apps. These applications are the same ones that run on Windows 7 today, and they’re not going away anytime soon. The majority of Intel-based machines are either desktops or laptops right now, and a desktop mode that’s optimized for keyboard and mouse input is unquestionably useful. But the new Metro style Start Screen in Windows 8 and Windows RT allows developers to create a new style of applications that will run fullscreen and in a sandboxed environment designed to be easy to install, maintain, and above all else, secure and touch-friendly. Microsoft seems to be going all in on its Windows 8 Metro style apps, but yet it still wants to hedge that a desktop mode on Windows RT is a good thing — when it's a bad idea. 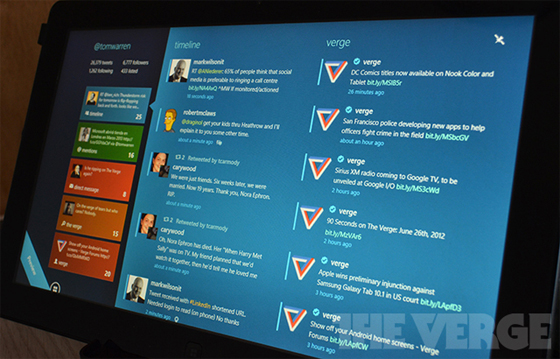 Apple’s iOS software, which originally debuted on the iPhone, kickstarted an App Store model and a simplified vision of computing. Its success has led to Microsoft and others adopting a similar model, albeit with differences to diversify them from rivals. Windows RT and Windows 8 will include a Windows Store that will provide app listings of applications. However, the Windows Store on Windows RT will be the only way to install third-party applications on the operating system. Microsoft has restricted its desktop mode on RT to built-in apps and the company’s bundled Office 2013 RT software.

Don't worry, you can still use Paint with your fingers

If you’re a fan of Paint or Notepad, then you’ll be pleased to know they’re still present and accessible in Windows RT. If, however, like me, you’re confused at their presence in a desktop mode on an operating system primarily (for now) aimed at touch-based tablets, then you’re not alone.

A desktop mode on Windows RT presents a number of problems from an end user perspective. Reaction to our original hands-on experience with Windows RT’s desktop mode was mixed. Some argued that the desktop mode isn’t designed for tablets, while others claimed Office 2013 RT could work well in Touch Mode despite its finger unfriendly UI. The reality is mixed too. From my own testing over the past several months, the desktop mode as a whole in Windows 8 and Windows RT is a painful experience on a touch-only tablet.

Microsoft’s "no compromise" approach doesn’t work well on Windows RT if you’re thrown into the desktop mode, or you use an optional keyboard and expect the operating system to support traditional third-party desktop apps. Its presence explains the growing number of tablet hybrids that we’ve seen emerge over the past few months, with the majority of manufacturers opting to offer a keyboard attachment for tablet devices. It even explains why Microsoft focused on showing off its Touch and Type keyboard accessories for its Surface and Surface Pro tablets. 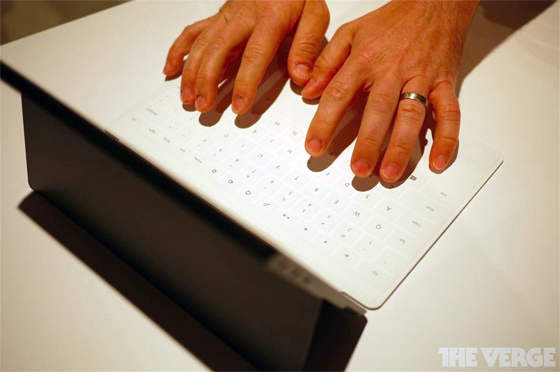 From our own hands-on, it’s clear that any average Joe who picks up a Windows RT tablet will be left confused by this hybrid environment. If you’re thrown into the desktop mode, or expect it to support your normal Windows apps then you’re in for a big surprise. I’d like to see Microsoft remove it fully from Windows RT in a future update. Some argue that Windows RT isn’t for tablet-only hardware, and that’s correct. But ARM-based laptops and desktops are certainly not arriving in the first wave of Windows RT products and the need for them is questionable at this stage. Without a fully functional desktop mode, Windows RT is crippled compared to Windows 8 — something that may confuse consumers expecting a traditional Windows OS. If you’re a keyboard and mouse fan, then there’s nothing stopping you from using both in the Start Screen interface for Windows RT — you don't need a desktop mode for that.

A Metro File Explorer could be sufficient

Others argue that File Explorer, and the ability to run Office documents side-by-side is a good enough reason for the desktop mode to remain on Windows RT. I would argue that Microsoft could easily build a suitable Metro equivalent of File Explorer, and that it should if it expects users to plug in USB sticks and manage files on an ARM-based tablet. Office 2013 RT, while a good addition, does not need to run in a full desktop environment. Microsoft could sandbox this in a way that you retain the functionality that’s optimized for keyboard and mouse, while keeping the desktop mode out of the equation.

Windows RT has to be a consumer play, and one that end users can operate all the time using their fingers without fear of having to tap onscreen elements a number of times to perform the task intended. Microsoft added some touch improvements to Windows 7 in a similar way to the Touch Mode feature in Office 2013 — simply making onscreen elements larger and increasing touch targets. It wasn’t enough and it showed in the lack of tablets and consumer interest.

Cut the legacy, simplify the branding