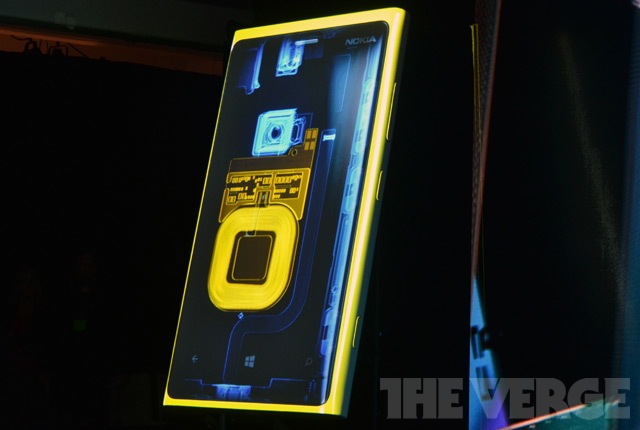 I can't stop thinking about this. A question that's grown trite over the past 18 months keeps haunting me in the wake of the Lumia 920 announcement: what if Nokia had chosen Android instead of Windows Phone? The most immediate impact, in my estimation, is that Nokia would have had a release date to divulge back on September 5th instead of a three-month launch window, but a supplementary question makes this even more intriguing: what if Nokia were willing to ship the 920 with a stock build of Android? This admittedly fantastic scenario, I'm increasingly starting to believe, would have produced the best smartphone to date.

When it comes to smartphones, I find myself consistently frustrated. The RAZR Maxx has a vast battery, but is otherwise a Kevlar-coated train crash, the HTC One X is pretty, but ruined by a dorky UI skin, and the iPhone 4S does most things well, but is too small and fragile. Where lies perfection?

The best mobile OS for my needs is Android Jelly Bean: it has a vast app ecosystem, the least lag of any Android version to date, and stupendously robust first-party apps like Chrome, Gmail, Maps, and YouTube. The best industrial design among phones is a more subjective matter, but I continue to be enamored with the "pillow-shaped" ergonomics and unibody styling of the Nokia N9, whose lineage is abundantly evident in the Lumia 920. Now that Nokia has upgraded the innards of its flagship — combining the splendid Snapdragon S4 with LTE, a fancy Synaptics touchscreen, wireless charging, and the controversial new PureView camera — there's basically no hardware complaint to level at the company. The 920 even has the lead in resolution and pixel density among large-screen phones, with 1280 x 768 dots squeezed into a very attractive LCD panel.

Unite the two — the best of Android with the best of Nokia hardware — and you have the recipe for a phone that won't just make the current iPhone seem deficient, but would also stand a very legitimate chance against the upcoming iPhone 5 as well. More importantly, you'd have a handset that I would actively need to own and use.

Should such a mythical creature as a Nokia Nexus ever have existed, it would indeed have been my next. I'm sure the financial, corporate, and long-term strategic considerations that go into deciding which software to ship on a device are overwhelmingly against what I propose herein — and I have, indeed, argued in the past that Nokia's support of the Windows Phone ecosystem is good for the broader competitive environment — but sometimes it's good to stop thinking so much and just allow yourself to dream. And when I do, I dream of a Nokia Nexus.