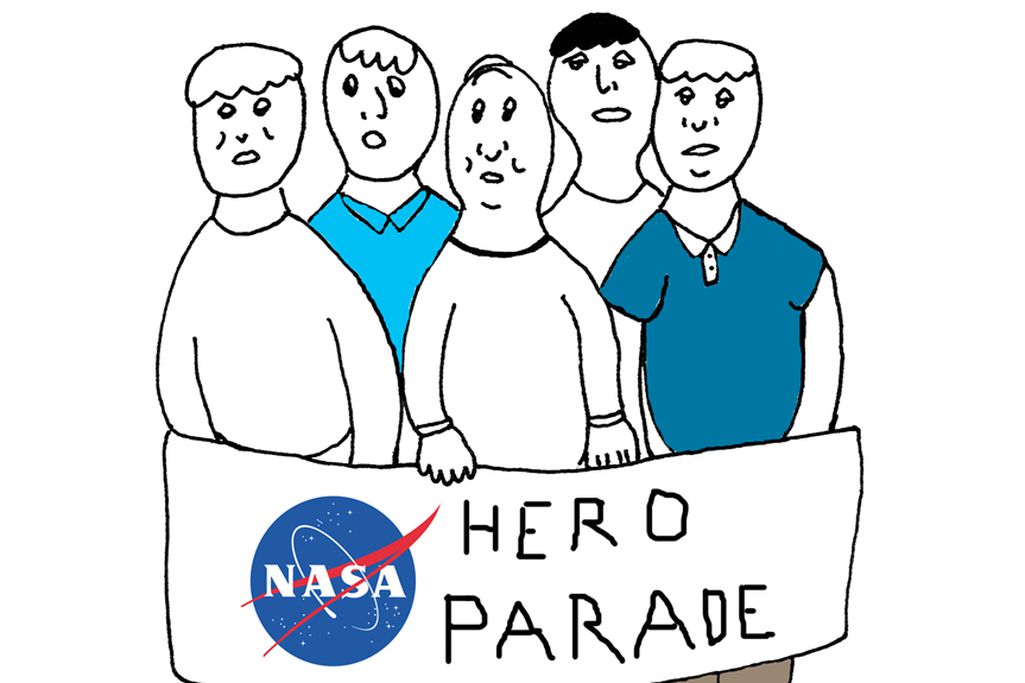 The Earth that Neil Armstrong left forever last month was a different planet than the one he re-entered in 1969. They won’t be making any more like him: a Navy test pilot with middling grades in his aeronautical engineering classes, husband of a home economics major, a man with so little media training that he bungled the first words spoken from the surface of the moon. The philosophy of his work was primal: “we’re required to do these things just as salmon swim upstream,” he once deadpanned at a press conference. I don’t even think they let people have last names like “Armstrong” anymore — a little too nail on the head.

A few weeks ago I saw a documentary by the rock photographer Norman Seeff called Triumph of the Dream. It follows the Mars rover team through the development of Spirit and Opportunity in 2004; most of those people also make up the team that landed Curiosity last month. While they are certainly the embodiment of modern sci-fi cum sci-reality, these people are definitively not the types of heroes I’m used to. Think Polos and khakis, not spacesuits; a bunch of D&D nerds exploring the depths of space by remote control. In an alcohol-dampened dark alley they could most certainly have their asses beat senseless by the Apollo crew. Here’s Steve Squyres, principal investigator for the Mars missions.

What? In another time, this guy would have been called a lunatic, teased into submission, or even burned at the stake, not given the keys to Mars. He brings the foppishly beatnik side of Woody Allen to a meeting with the universal vision of Galileo and the wild-eyed determination of Charles Manson, a caricature so full of geek rage-determination that you can almost taste the schoolyard bullying on his breath. In short, he’s someone I can relate to. Kind of.

“The space age,” says the White House’s National Space Policy of the United States of America, “began as a race for security and prestige between two superpowers.” That’s putting it a little mildly. In 1957 Americans were scared shitless beneath a black sky that housed an ominously-bleeping alloy beach ball and, four years later, an actual man. Both of them traveled around the Earth in about 90 minutes and neither one spoke much English. 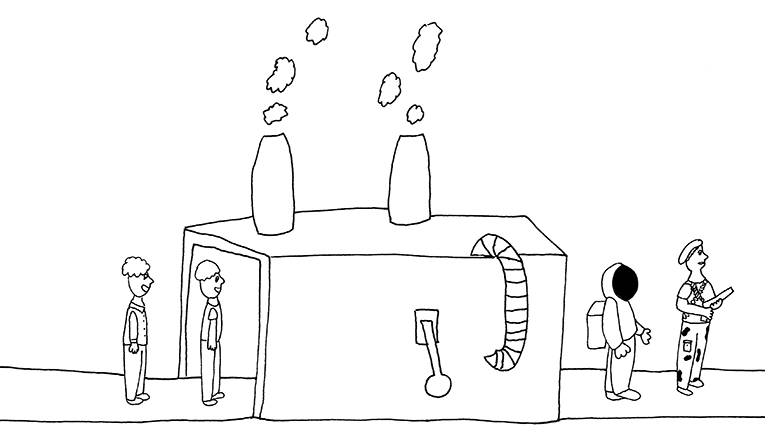 Americans needed hope (as President Snow has noted, it’s “the only thing stronger than fear”) and, in 1961, JFK packaged a critical dose of it into the phrase “we choose to go to the moon.” Going to the moon wasn’t just hopeful, it was badass. NASA became, with the taxpayers’ help, a hero manufacturing plant.

When I was little, the concept of heroism was couched neatly in the marketing for G.I. Joe and his posse, a band of would-be vigilantes risking their lives to fight for pre-set values like Truth, Justice, and the American Way. Manly men! Badasses like Neil Fucking Armstrong.

Proud to be an American? Not just yeah — hell yeah. 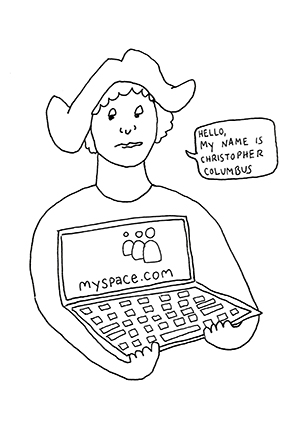 A lot has changed since 1969. Truth, you’ll find if you ask anyone passionate about anthropocene climate change, is a very subjective issue. The face of Justice continues to evolve interminably from John Wayne to Judges Dredd and Judy. And The American Way? Anyone’s guess.

Norman Mailer's Of a Fire on the Moon painted my mind’s portrait of the Apollo mission and the atmosphere that surrounded it: the torturously hot, humid, and flat backdrop of Houston playing host to a group of stark individuals, laboratory scientists and clear-eyed boots-down soldiers. NASA was more a wing of the military than a scientific community. It seemed to have the whole country behind it, watching its every move and depending on it for inspiration and security.

For the nerds (hey guys) one thing that is always in a good heroic recipe is a heaping cup of sci-fi. So for American heroes it has traditionally made sense to look to the National Aeronautics and Space Administration, a team of countrymen dedicated to bringing inspirational dreams to life with our tax dollars.

The new explorers, a slightly-overweight crew of mostly bearded white men plunked down behind LCD screens in a cube farm thoughtfully costumed to evoke visions of the old-style mission control, don’t reek of patriotism. They remind me acutely of early-90s laptop musicians performing in front of a dedicated core of fans; whether Aphex Twin is actually crafting his art or playing Minesweeper is, to a certain extent, anyone’s guess. Like those trailblazers of Intelligent Dance Music, they realize that their audience demands more visual stimuli than the task itself provides: curious Americans, having pre-visualized the entire landing on a NASA-produced update of Microsoft Flight Simulator, livestream from the comfort of their couches, waiting for Curiosity to send its first Instagrams as a measure of real accomplishment. Leaving humans at home gives the whole production the slightly-nefarious air of a socialized drone strike; a little like if Chris Columbus had brought the Indians MySpace instead of cholera.

I’m not saying this stuff isn’t very important. People have been exploring by proxy since the dawn of recorded history, ascribing animal forms to the stars, inferring the size and shape of the universe from the ground, and making predictions about the future based on the eternity of the cosmos laid out before them. It’s not light reading sort of stuff. But it’s certainly lacking in the “skin in the game” department that used to make space exploration more military than visionary: where the NASA of yesteryear gambled with both public money and lives, NASA today just gambles with public money. Like the arts, the field of space exploration has become much harder to justify: while the data that comes back may be spiritually rewarding to many, it makes everyone’s billfolds a little bit slimmer, and that reality is one that I think Americans will have an easy time understanding.

So it’s not surprising that funding for the National Aeronautics and Space Administration is at an all-time low. It hit its peak, also not surprisingly, in the late 60s, at around $300 billion 2012-dollars. In 2012, NASA gets $18 billion 2012-dollars. Objectives thought of as classically NASA are moving very visibly into the private sector. Like a lot of American public works projects, the Mars missions have been farmed out to a private entity, the California Institute of Technology. The most prominent face of space exploration these days is Richard Branson*, the 255th richest person on the planet, a prolific artist whose primary medium is capitalism-fueled awesomeness. Although it’s a little sad to see such an inspirational force slip away from the public coffers and microscope, I think its inspirational capacity will be much more thoughtfully and practically handled by the classically American institution of capitalism. Patriotism, once an aspirational character trait, has devolved into a meaningless slogan best used to sell airtime on talk radio stations. The space program that “began as a race for security and prestige between two superpowers” now lists “energize competitive domestic industries” as its first stated goal.

As America is forced to accept its shrinking influence in the world, it has also lost its capacity as a traditional hero manufacturing plant. Heroism is almost inextricably linked to a world power approaching the zenith of its influence. As our country matures it also becomes more content — even if it is by necessity — to concern itself with domestic issues like foreclosures and infrastructure than it does with imperialism and expansion (on Earth, at least). Our homes are getting smaller, as are our cars. Any trawl around the annals of popular culture on YouTube will reveal an explosion of Asian media that seems to eclipse the volume of American output. And I’m super-down with that. As we march into the future it becomes increasingly clear that our primary struggles will be linked to a lack of global resources, and the easiest preventative solution to this problem — while still acknowledging the primal human instinct to do more — is to do more with less.

So, what does a hero look like now? In an age where Americans are more scared of foreclosure than nuclear winter, it looks more and more like an artist — someone who synergizes the materials around them to make something larger than the sum of the parts, someone who creates in order to understand and inspire. Our heroes will look a lot more like No Impact Man (consuming nothing) and Richard Branson (consuming responsibly) than G.I. Joe (can you even imagine the characters that lie on the spectrum that exists between those three!). Those people don’t look like traditional heroes. They look a lot like Steve Squyres: people who find themselves with an uncontrollable urge to create and explore, but without the weight of national security on their shoulders.

The last time someone was faced with those urges and that weight at the same time he asked an entire country to look within itself, to use the resources it already had, to make a stronger nation. He was our last presidential artist, a character with a flair so strong it actually shot men to the moon. But he was an elected official, a man appointed to power by millions, a very specific stripe of hero. Steve Squyres may not have the skin in the game that JFK did, but he does define a new breed of American heroism defined by individualistic determination that doesn’t require carnage to fulfill. His only fuel is inspiration, and fortunately, it’s also his primary by-product.

*I know that Sir Richard Branson is British, thank you. But he will collect his space billions after they’ve passed through American taxation mechanisms: the New Mexico Spaceport, a NASA joint, will be home to Virgin Galactic, the world’s first commercial passenger spaceline.
Illustrations by Stephanie Max.