Pentax has announced the Q10 mirrorless camera and K-5 DSLR.

The Pentax Q is a curious thing; a tiny, beautifully constructed mirrorless camera with an equally tiny 1/2.3-inch sensor that gives results on par with an average point-and-shoot for $800. Pentax has called its sales "disappointing," but nevertheless is producing a followup in the shape of the Q10, adding a grip and a new red color option. While the Q10 will sell for a slightly more reasonable $599.95 with a kit lens, the camera hasn't changed much and that still seems like an awful lot to pay for the presumably similar results.

We'd expect better things of the $1,195.95 K-5 II, however. It's a long-overdue update to Pentax's K-5 flagship DSLR with a new autofocus system, an air gap-free LCD, and the same weatherproofing as before. There's also a special K-5 IIs model that omits the anti-aliasing filter for maximum resolution in controlled environments, similar to Nikon's D800E. Both K-5 II models and the Q10 will go on sale in October.

If you want to combine both systems, you'll be able to do so with a K-mount adapter that lets you fit Pentax DSLR lenses onto your Q or Q10. The cameras' tiny sensors mean that you'll have to deal with a crop factor of about 5.5x, however, turning just about any SLR lens into a telephoto. Pentax, for its part, rather optimistically suggests using it to take pictures of the night sky. It'll be out at some point this year for $249.95. 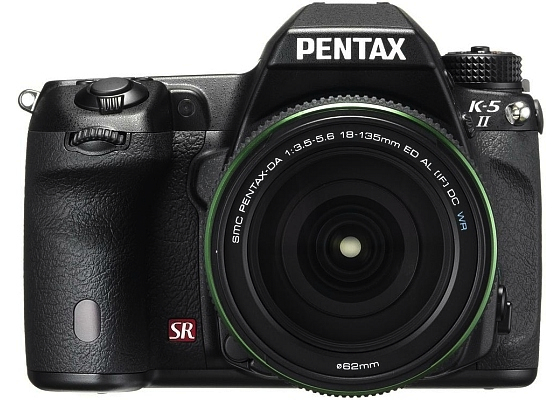