While we've grown to expect that advertisers will be peddling their wares nearly everywhere we go, there are a few places we consider sacred; sanctuaries where such solicitation is intolerable. Now Amazon's "subsidized," ad-supported Kindles are going there, and things are about to get a whole lot more annoying.

It's pretty much a given at this point that advertising has intruded into nearly every facet of our daily lives. On television, radio, in print, and of course on the internet, advertising is the nature of the beast; the price we pay for the content we enjoy. Even these words you are reading right now, for example, exist on this page because (unless you're using the right browser extensions) somewhere else on the page is an ad.

But while we expect companies to be peddling their crap everywhere we go, there are a few places we consider sacred; sanctuaries where such solicitation is intolerable — for example, a computer operating system. That's what's so obnoxious and unnatural about what Amazon has done with the Kindle: it has implemented ads as a natural feature of a product whose sole purpose, by its CEO's own admission, is to sell you more stuff.

To a greater or lesser degree, we've all grown to accept that when we get something for free, we have to suffer through ads; if we aren't paying for it, we are the product being sold. In the early internet days, we called this adware: software that's free, as long as you're willing to put up with shitty flashing banners lodged inside the application's GUI. But Amazon isn't content to settle even for this.

By subsidizing the costs of these devices, Amazon has effectively put a price tag on our ability to access content without being incessantly instructed on how we can more expediently empty our bank accounts. The late addition of a $15 opt-out is welcome and certainly preferred to the previous, ad-mandatory model. But the success of at least some models of the Kindle — specifically the classic E Ink model, where ads are not quite as bombastic as they are on a color HD screen — will likely depend on the fact that most people won’t shell out that extra dough immediately. As it stands, Amazon wants us to buy a glorified shopping cart filled with commercials — and people have already started lining up.

I don't doubt there's an ingenious business strategy here. Amazon has always been rather good at what it does. It and others in the ebook business have even found a way to profit from reading over your shoulder as you page through text by keeping tabs on your favorite bits and sending the data along to book publishers. But those novel strategies are rarely if ever good news for consumers, and this is no exception.

It’s pretty terrifying how prevalent ads are on the Kindle Fire HD. It’s kind of like being Tom Cruise in that one scene of Minority Report — no matter where you’re looking, there always seems to be some suggestion bar screaming at you about whatever SkyNet thinks you'll be sucker enough to buy next.

our sense of ownership is eroding across all kinds of devices

What you get in exchange — the "subsidized" hardware Amazon offers to gain leverage over its competitors — is almost insulting. When ads appear with this frequency in the normal operation of a device you've paid money for, your relationship with that device descends to something below that of "ownership." If anything, the prospect of possessing one of Amazon's digital shopping carts seems to me more like an apartment rental inside of a mall: you are paying a fee to share a portion of this transdigital object with a faceless corporation, an object which only exists as a door to the content they've sold you in the first place.

Even without the "ads-by-default" model, our sense of ownership is eroding across all kinds of devices, where users are locked in to various software ecosystems which all tend to focus around the usage of a central online marketplace. These are the walled gardens advertisers seem to prefer we'd all inhabit, rendered by special purpose computers that have been counterintuitively stripped of all their functions save for the ones which facilitate consumptive activities. Those who attempt to escape from those gardens and make the machines more useful are often discouraged, and in some cases even punished. 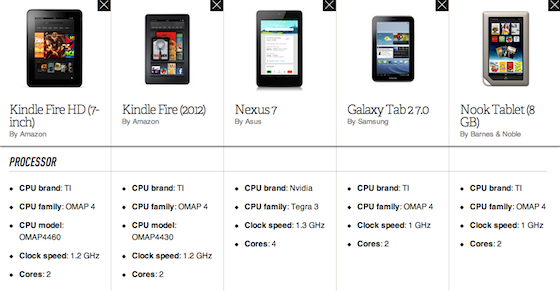 With Kindle, Bezos’ "hardware-as-a-service" mantra takes that disassociation even further, with the "service" in this case being just another way into the Amazon shopping mall. But no matter how much he says otherwise, the material reality is that Amazon is still selling computers — captive, self-serving computers, but computers nonetheless.

Imagine if I owned a store and I had everyone who wanted to come in through a certain door pay a flat fee of $179. Then imagine I had a horde of pesky salespersons accost everyone who walked in unless they paid me another $15 each. Finally, imagine the door to that store closed and locked behind you. If the Kindle’s hardware was really just a "door" in this way, it wouldn’t cost a dime.

This is what Amazon is really building with its hardware devices: not just an "ecosystem," but a perverse distortion of reality where what we’d usually think of as invasive and unnatural tries to come off as part of a normal shopping experience. And unless more consumers put their foot down now, I worry our "subsidized" present will make for an even more ad-saturated (and incredibly annoying) future.