The iPhone 5: a secret unkept

The iPhone 5: a secret unkept

The iPhone 5 was Apple's worst kept secret to date.

When it comes to secrecy, Apple isn't so much doubling down as it is multiplying by zero. The iPhone 5 is a handset of many firsts for the Cupertino company — it moves to a larger screen, an all-new Lightning dock connector, and in-cell touchscreen technology, among other innovations. But it's also the first device to bear the name iPhone whose spec sheet we knew almost in full ahead of its unveiling.

Initially, we learned about the 4-inch display. That came from The Wall Street Journal on May 16th, got reaffirmed by Reuters on May 17th, and was reiterated by Bloomberg on May 18th. By May 19th, even if you had a legitimate mole inside Apple's supply chain, it simply wasn't worth "leaking" the screen size of the next iPhone. It was as close to fact as you could get after three of the most scrupulous news sources reported it as such.

As Apple secrets go, the iPhone 5 display was the worst kept in its history

That wasn't the end of the pre-release disclosures. We went on to learn the resolution, aspect ratio, and particular touchscreen tech of this forthcoming display, before Sharp's CEO straight up admitted his company was shipping the hardware in question. As Apple secrets go, the iPhone 5's display was pretty much the worst kept in its history.

The redesigned dock connector, repositioned headphone jack, aluminum backplate, and front panel for the iPhone 5 all made appearances over the following weeks, culminating in a number of fully assembled mockups for the device showing up on sites like 9to5Mac. We didn't just know what would be in the next iPhone, we even knew what would be missing. Case manufacturers were so bullish about the design that they were showing off covers for the next iPhone before Apple had even scheduled its next iPhone event. 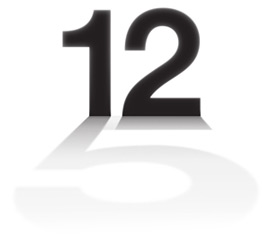 When Apple did finally send out invitations to its September 12th gathering (a date that had also leaked ahead of time), it removed any lingering doubt about the upcoming phone's name by refashioning the 12's shadow into a 5. This self-aware act of feigned concealment was a playful little hint for Apple's eager fans, though the subsequent Apple.com slip-up revealing the new devices on the day of the event won't have aroused the good humor of anyone at Cupertino. Least of all Tim Cook.

Apple's comprehensive failure to keep the iPhone 5 under wraps is embarrassing for its CEO, who recently promised a renewed emphasis on product secrecy, but it wasn't altogether unpredictable. While Cook has kept the reins at the top as tight as Steve Jobs ever did, exerting that same control over partners is a considerably thornier problem.

Apple's supply chain has grown increasingly fragmented. Whereas the company could previously rely on Samsung for most of the iPhone's internals and LG for the display, this year it had to contract Sharp, LG Display, and Japan Display for its new 4-inch screen. As the potential leak points increased, so has the savvy of the workers contributing to the iPhone's production. For an assembly line operator employed by one of Apple's contractors, the lure of a windfall from leaked information could prove just as appealing as continuing a "career" where you have to demand overtime to keep your income up.

So yes, the supply chain has gone self-aware and drilled holes into Apple's famed mystique. So what? Well, firstly, Apple loses the impact its keynote events usually deliver with entirely unknown products. Nobody was wowed by the thinner, aluminum-backed chassis because everyone had seen it (hell, I had even touched and played with it). There were no sharp intakes of breath when Apple pledged LTE, or when it revealed the new EarPods, or when it announced the Lightning connector. Everything was in place for September 12th to be a marquee day where Apple underlined its hardware innovation chops, but instead the novelty was defused by well-placed sources weeks in advance.

The novelty was defused weeks in advance

Though they take some of the luster off Apple's latest announcement, the ultimate effect of all these leaks on consumer excitement is likely to be minimal. After all, the vast majority of iPhone buyers aren't spending their days tracking the online rumor mill. The bigger threat Apple will have to overcome is that its competitors are learning about its product roadmap earlier and earlier every year. This gives companies like Nokia the opportunity to try and steal Apple's thunder by introducing comparable features earlier, while clone makers have grown so agile in their copying of Apple hardware that one has already tried to preemptively patent the iPhone 5 design in China.

Apple's most direct competitor in the mobile device arena, Samsung, must also be feeling smug today. The Korean chaebol managed to keep the Galaxy S III secret right up until its actual announcement, with a number of what seemed to be strategically placed pieces of misinformation muddying the waters sufficiently for the eventual unveiling to truly be a surprise. The same goes for the Galaxy Camera launched two weeks ago: it was a thoroughly exciting device that Samsung kept hidden until the final moment.

Samsung must be feeling smug today

Samsung is still Apple's main contractor for producing the A-series processors inside iPhones, iPads, and iPods, and it's to the Korean company's credit that the A6 SoC upgrade for the iPhone 5 remained a secret until the official reveal. At least when it comes to discretion, we can say that Samsung is winning where Apple is failing.

Whatever the cause, Apple's secrecy slippage is not something the company can tolerate. Its record-breaking product sales are built on a foundation of quality and ease of use, but they also rely on a certain glamor and swagger that the Cupertino company projects. The invulnerability of Apple's stock price, the impenetrability of its product plans, the aloofness of its former CEO — these seemingly extraneous factors have all contributed to the image of a tech company that's somehow separate and exceptional from its industry. The unsurprising iPhone 5, as shiny and desirable as it may look, puts a chink in that glorious armor. Now it's up to Tim Cook to keep his promise and mend it.