At IDF, Intel envisions the mobile future — but it's not creating it

The annual Intel Developer Forum is a chance for Intel to unveil its vision of a glorious new future for the world, but despite its dominance of the market and public mindshare, the company lacks the power to realize that vision.

Share All sharing options for: At IDF, Intel envisions the mobile future — but it's not creating it

The annual Intel Developer Forum is a chance for Intel to unveil its vision of a glorious new future for the world, one made possible by computer chips — Intel chips, of course. But despite its dominance of the market and public mindshare, the company lacks the power to realize that vision. Intel, after all, builds the silicon our devices run on — leaving the actual form of their goals in the hands of companies who must focus instead on moving units in a volatile marketplace. The end result is a future held back by a device manufacturer's bottom line. 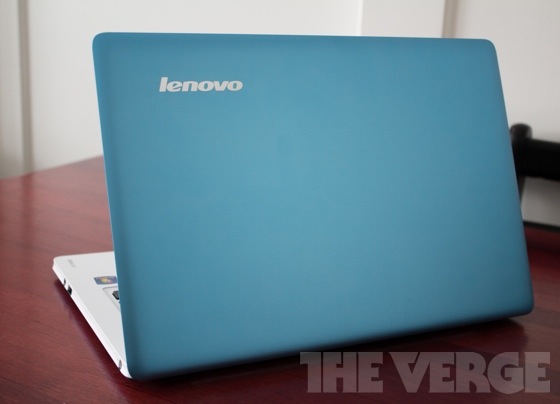 Ultrabooks were supposed to change everything. At Computex 2011, Intel unveiled the brand new laptop category, promising to "marry the performance and capabilities of today's laptops with tablet-like features and deliver a highly responsive experience." They were supposed to defeat Apple's MacBook Air, bringing speedy, high-quality thin and light notebooks to an affordable price point while expanding their capabilities. The reality has been different: Chipzilla makes increasingly efficient silicon, but hardware manufacturers have been slow to innovate.

Intel has made several stabs at the thin and light notebook segment, but ultrabooks were poised to tackle the market from two distinct fronts. To start, after years of having inexpensive but unsatisfying ultraportable notebooks foisted on them, consumers needed a reason to care. Android tablets and Apple's iPad had summarily quashed the netbook by offering superior portability, sleeker designs, and increasingly capable software platforms at competitive prices. And then there was the image problem: netbooks were by and large cheap hunks of plastic, with shoddy, cramped keyboards and small, paltry displays.

Ultrabook, by contrast, exuded confidence — "ultra" has to be cool, right? With a freshman class that included the well-received Toshiba Portege Z835, Lenovo IdeaPad U300s, and HP Folio 13, it seemed that Intel's lofty vision of attractive, powerful, relatively lightweight laptops would finally come to fruition. Tack on an admittedly impressive ad campaign and certification requirements and you've got the makings of something special. Right?

Not entirely. Too many variables were left at an OEM's discretion. We began to see models that ticked the appropriate boxes, but sacrificed design, quality and weight. And then there was cost; Intel has promised that ultrabooks will start to dip into the $699 range (and many have), but manufacturers thought they could do one better by circumventing some of the specification requirements and relying on cheaper hardware: goodbye solid state drives and Intel processors, hello AMD-powered Sleekbooks.

"We don't have to be confined to a specific form factor." 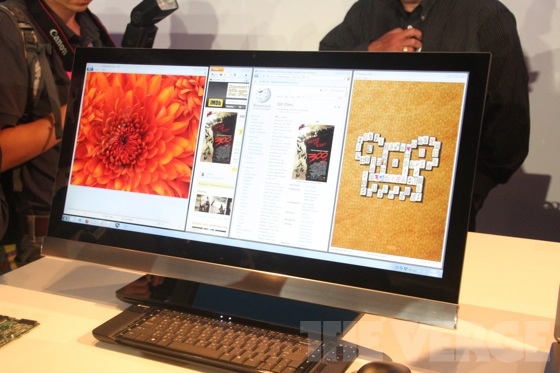 Windows 8 has — for better and for worse — thrown yet another wrench into the works. Microsoft's touch-centric operating system demands an added bit of finesse and Intel is putting its own money on the line, investing in factories and corporations that develop touchscreen panels. At Computex this year the company went so far as to introduce its own concept for an all-in-one desktop, with a massive touch-screen display, wireless charging capabilities and upgradeable components.

The OEM response has been a bit more reserved. Convertible laptops like the HP Envy X2 are all but identical to the well-regarded Asus Transformer Prime, suggesting that the best approach to a dynamic, finger-friendly OS is to imitate whatever works in mobile. In other cases, existing hardware is simply equipped with a touchscreen (at a $100 premium). On the extreme end are "portable" all-in-ones like the Sony Tap 20 or the Asus Transformer all-in-one we saw at Computex. Intel calls them Adaptive all-in-ones (or DeskTabs), but we'd be hard pressed to find the target audience for desktops that convert into 11-pound, 20-inch tablets.

Intel's zeal for filling the market with thin and light notebooks is matched by its recurring fascination with cord-cutting. Consider Intel Wireless Display (WiDi), the solution for media mavens looking to pipe content from their laptop to a television. Introduced at CES 2010, the technology was built right into Intel's CPUs and promised wireless 1080p streaming directly to an adapter connected to your television, or a TV with the adapter built in. To date, only a few manufacturers — including LG and Toshiba — have actually gone about implementing the technology into their TV sets. Selections for wireless adapter boxes are similarly limited, but on the bright side most of those are being sold on clearance. Apple's proprietary AirPlay, by contrast, has been up and running for some time now, with AirPlay Mirroring offering wireless video and audio streaming within Apple's device ecosystem since 2011. 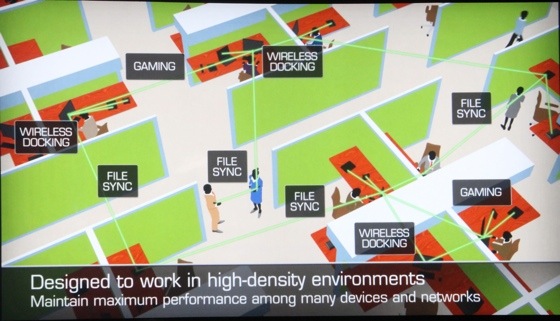 At IDF this week Intel and the Wireless Gigabit Alliance circled back on this vision, presenting a world where that runs on WiGig: files are beamed across a plethora of devices and share screens, presentations or media quickly and securely across the 60GHz spectrum. Work began back in 2009, and the demonstration was a simple one: displays, and an external hard drive were connected to a docking station, and media was shared with the laptop and the pair of monitors, wirelessly. The demonstration was far from flawless (par for the course for live events), but a reliance on additional hardware presents the same conundrum Intel ran into with WiDi.

"This is just the very beginning of bringing in new capabilities."

Intel's perceptual computing initiative falls into the same rut. The company has spent years predicting the emergence of context-aware devices that could figure out what we like and what we're doing, and react accordingly. We've seen some traction in the mobile space in services like Google Now, but Intel-backed initiatives have difficulty breaking into the mainstream.

That won't stop them from trying, of course. At IDF this week Intel demonstrated Dragon Assistant, voice-activated software that can search shopping sites, post to Twitter and play media files. In partnership with Nuance, Intel plans to equip certified ultrabooks with the software by the end of the year. The demonstration was admittedly impressive, but (once again) both Apple and Google have long since beaten Intel to the gate here with their own homegrown solutions.

The company has also posted a $1 million bounty for apps that can make use of SoftKinetic's DepthSense 325 3D camera. The $250 camera sits on top laptops and can track facial gestures and physical objects. This might all seem familiar — back at IDF 2010 Intel touted its partnership with GestureTek and the potential for "real-time 3D gesture tracking," though that all came to naught. Microsoft released the Kinect just a few months later, and while it might not be capable of tracking individual fingers, it actually exists — and it's been a resounding success.

"We are working extremely tight together with our OEM and ODM [partners] to deliver the great mobility experience."

In the end, it all comes back to mobile — or more specifically to Apple's iPad and iPhone. A need to prevent Apple's dominance of the mobile sphere keeps other mobile companies pushing the proverbial arms race forward, developing new devices and innovating at a breakneck pace. As phones are inherently more disposable than PCs — and with contracts typically expiring every two years — there's a far greater drive to deliver something new and unexpected to consumers, lest they jump ship to another company's compelling offering.

Intel gets it. We can see this in the company's oft-repeated vision of a life without wires, replete with sleek devices that offer simple, immersive means of interaction. The company has even moved to support Android on its Medfield-equipped mobile devices, but despite respectable performance the first round of hardware has left us wanting. Until the company finds hardware partners that can execute on its vision (or starts churning out compelling hardware of its own), it'll remain at the mercy of brands that continue to leave us disillusioned.