Vergecraft Realms is a competitive, survival-based Minecraft server from The Verge.

Vergecraft lies in ruins. They say its citizens became too advanced for their own good, creating a sprawling empire of stone and steel — until their own technology destroyed them from within. It's one-thousand years in the future, and the descendants of those noble adventurers are ready to reclaim their former glory. There's just one problem: it's a gritty, deadly, post-apocalyptic anarchy out there, and you'll have to deal with warring militias that want to keep you shackled in the stone age. But you're not going to let them. You're going to hustle out there, like a young Tom Cruise, and plant your flag in the ground for the future.

It's a tougher, meaner, more exciting Vergecraft. Come play with us!

Vergecraft Realms is a competitive, survival-based Minecraft server. In addition to the basic survival mode of Minecraft, players may gather together to form factions, claim territory, forge alliances, wage war, and build their own civilizations. Or, they can explore at their own risk in the Wilderness, dodging creatures and crafty human bandits.

Click here for the full game rules and player guide. 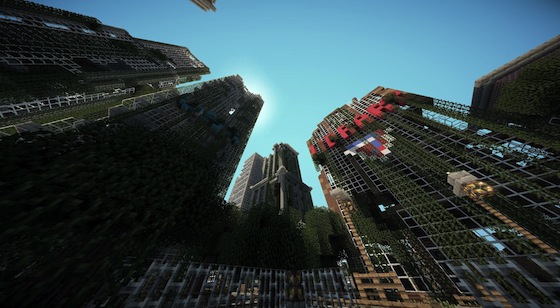 We're re-launching today with a new set of rules and features, but it's just the beginning! Keep your eyes out in the coming weeks for updates to Vergecraft Realms, including: