We talk with the heads of Sony Mobile's Tokyo design team about the creative process, new devices, and differences across countries. The lead phone from 2012's lineup, Iconic Identity, is the Xperia SX; a 3.7-inch marquee Android device for Japan.

Every day, like thousands of other men and women, Ippei Tambata and Shigeaki Suzuki head in to work in one of Tokyo’s most crowded business districts. But unlike most of the others streaming in on the city’s crowded trains, the product of their work is seen and held by millions around the world. The two men work in the Creative Design Department of Sony Mobile Communications (formerly Sony Ericsson), building the kinds of devices that CEO Kazuo Hirai hopes will propel the company back to profitability.

Tambata is the head of the Tokyo design office, in charge of the overall design for Sony’s mobile products. He’s the older of the two, by how much is hard to tell, with a genial, immaculately-mustachioed face sitting behind stylish black oval frames. Although he is a recent transferee to the Mobile division, Tambata was instrumental in designing some of Sony’s most visible software, like the XrossMediaBar found on the company's game consoles and TVs, and his current efforts continue to be centered on user experience. 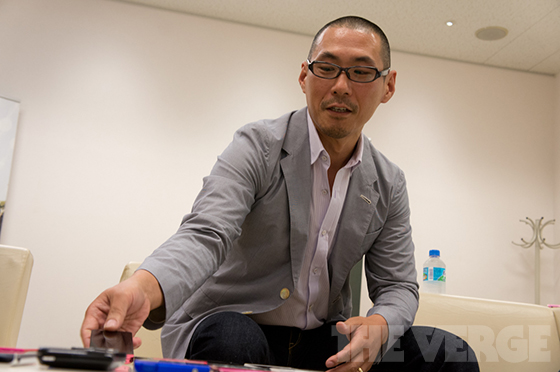 Suzuki is the hardware designer. You wouldn’t guess it from his youthful appearance and nonconformist, indie rock haircut, but he’s been active at the company for years, working on some of Sony Ericsson’s biggest Japanese 3G phones, like the diminutive Premini and Walkman-branded W910, before moving on to modern Android phones like last year’s distinctive (yet flawed) Xperia Arc. There’s no doubt that Sony’s hardware design has a strong pedigree, but the phone the team is most interested in showing off today is the one that strays the most from the company’s recent conventions. The Xperia SX is a 3.7-inch aluminum and glass marquee device that looks like the polar opposite of current-gen plastic Android excess. But before we delve into the company’s latest, the two designers are keen to tell us about its genealogy. 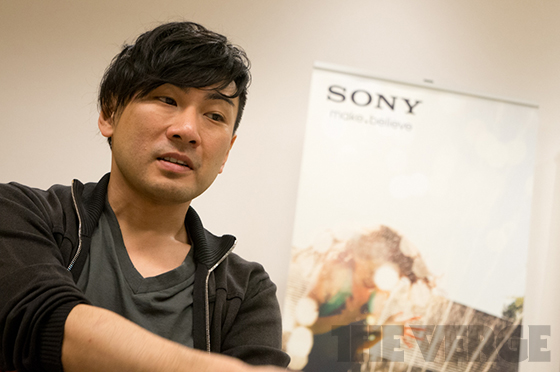 Every new lineup takes years of research to create

"When we set out to think up new products, first we… think," says Tambata, jokingly. Two to three years of research typically go into everything from how people use their devices to new developments in technology and materials before the hardware design work for a new phone even starts. The two designers show us a slide full of design concepts (below) for devices that never made it to market, like the monolithic Solid.O. and a device with a 45-degree curve that looks hostile to human pockets. The "less is more" image (- ∴ +) in the same picture did get approved, though; the idea for a clear window in the phone’s case eventually morphed into the Xperia S. Suzuki describes his inspiration for the design, saying, "I often get asked ‘why did you add this clear part?’ But to me, we subtracted it. We had this black block and took this piece out." 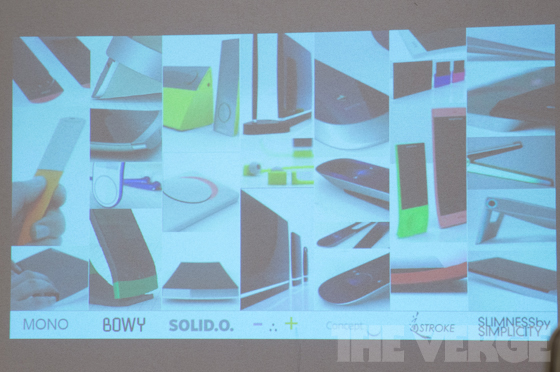 For color, the team settles on a whole palette early on, then picks from it for specific regions and carriers. As we guessed, the bright blue and orange phones scattered on the table aren’t headed to the US; they’ll be Japan — well, "East Asia" — only. "In Europe," Suzuki explains, "people don’t have really brightly-colored phones, but their other things (like cars and clothes) do stand out." Tambata adds, "that’s the opposite of Japan, where you don’t really get these kinds of vivid colors." Earlier we had been talking about how smartphones tend to be viewed as tools in the US, but as fashion accessories in Japan (this is the land of the fax, remember), which sounds like it could explain at least part of the difference. I voice my disappointment that there isn’t the same level of color variation in North America (with the obvious exception of Nokia) while trying to divert attention away from my own conservative black phone.

"We don't go 'people in this region want this kind of phone.'"

With these differences in mind, I’m curious who Sony pictures as its primary market. Tambata explains, "we think people probably have expectations for the brand — they place a lot of importance on enjoying audio visual functions and games. Of course, there are going to be differences depending on the region... But we start off thinking ’people that want smartphones, or want to do more with their smartphones have these kinds of needs…’ We don’t go ‘people in this region want this kind of phone.’" Suzuki adds, "but within that framework, there are things you have to specialize for each region… if it’s the US it’s the Ion, if it’s Japan it’s the GX." The two phones he's describing are largely the same under the hood, but where the the GX incorporates the curved design (Sony calls it "Human Curvature") from phones like the Xperia Arc, the Ion is another nondescript black rectangle — American orthodoxy at work.

Sony’s 2012 smartphone lineup is called "Iconic Identity," which the team says is a response to the key mobile trends it discovered during that earlier research phase — trends like collaboration, freedom, and blurring gender distinctions. The last one might seem out of place, but gender-specific phones are the norm in Japan, and the company’s decision not to segment the market is a bigger deal than it sounds. More importantly, though, the name Iconic Identity sounds like Sony’s idealized version of itself, with a capacity for design that sits it at the premium end of the mobile market.

The SX punches well above its weight class

To that end, the Xperia SX is the most focused mobile device we’ve seen from Sony in recent memory. Its 3.7-inch display is small, particularly compared to the new breed of devices creeping up on (and exceeding) 5 inches — but with nearly 300 pixels per inch, a 1.5 GHz dual-core processor, and LTE, it compares favorably with other flagship phones on the market, never mind the miniature Android contingent. Packing such big specs into a small case was an unconventional idea, explains Tambata, but it was the phone the team wanted to make. Of course, this isn’t the first time Sony has experimented with small, high-end Android devices; its Xperia Mini devices were a move in the same direction, but their tiny LCDs left them hobbled in a way that the Xperia SX is not.

Of course, with such an attractive phone seemingly stuck in Japan, what I really want to know is if the SX or some variant of it is headed overseas. Tambata takes a brief detour with a discussion of usability at different device sizes before pausing to think about phrasing. He answers with a grin, "let’s just say we’ve… studied small form factor premium."

What he means is that the company is prepared to build the phone, but as always, it depends on what the carriers want. "It’s tough to answer, at least at this point in time… we won’t know until we ask, " he explains. Given the exacting demands of US operators, what’s arguably Sony’s most intriguing mobile phone in years might never be seen outside Japan. In that case, there isn't really much that can be done. Just wake up, push past the crowds at Shinagawa station, head up to the Creative Design Department, and build a better phone.