Tesla Motors has activated its first Supercharger Model S charging stations across California. Unveiled late Monday, the six solar-powered stations allow Model S owners to recharge their car batteries at no cost, as part of a larger Supercharger network that Tesla plans to roll out over the coming years.

Each Supercharger is powered by a solar carport system developed by SolarCity. According to Tesla, this system actually generates more energy than Model S drivers require over the course of a year, resulting in excess electricity that will be fed back into the power grid. The manufacturer also touts the power of its Supercharger stations, claiming they can provide up to 100 kWh of energy and provide a Model S car with three hours of driving (at 60 mph) in just 30 minutes. It's also worth noting that the stations are only compatible with high-end Model S vehicles equipped with an 85-kWh or 60-kWh battery pack.

Tesla says it will install more Supercharger stations across major US routes by 2013, before expanding the network to Europe and Asia by the second half of next year. Tesla plans to activate more than 100 stations by 2015. 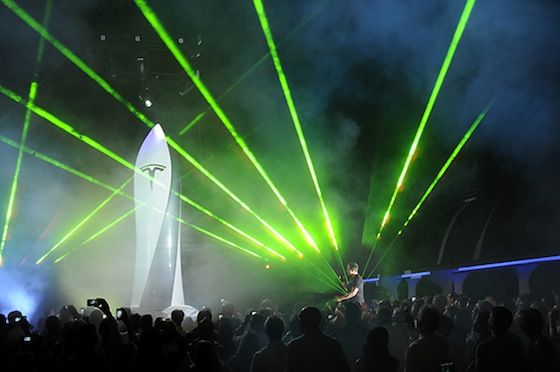