A new Kickstarter campaign from two former Palm employees is aiming to create a new way to get lists on to your smartphone. Called "Hiku" (pronounced Haiku), it's a small white puck that integrates a speedy barcode scanner, microphone, and Wi-Fi. Those humble parts work together to quickly upload data to the cloud, syncing with a custom iOS app and, as the company just announced, Evernote, Remember The Milk, and Astrid.

Hiku founder Rob Katcher told us the basic use case is simple: if you're running low on something, hit the single button on the device to scan a barcode and the Hiku will send the data to the company's backend, where it will be parsed into the details what it is you've scanned and then synced to your smartphone. In addition to the barcode scanning, there's also a microphone whose data is parsed in the cloud. The voice integration includes some simple contextual awareness — say "Buy chips for Sunday," and Remember the Milk will add that date to your list item. Siri it most definitely isn't, but instead a single-purpose accessory Hiku believes would work well in the kitchen where family members could use it together for a household shopping list. 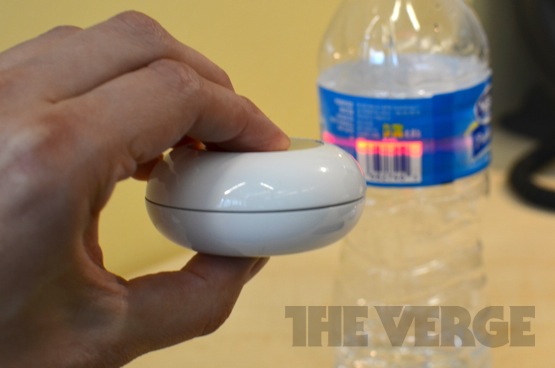 The Hiku is not cheap, however, costing $79 for "early birds" and $99 for everybody else. That's a relatively steep price for a device like this, but the campaign has managed to achieve 25 percent funding in less than a week. As for justifying that price tag, Katcher and Chatterjee believe that Hiku is simply more convenient than opening up a particular list app on a smartphone. That may well be worth $99 to some, but an API for developers could expand on its use cases and perhaps make the price more palatable. Katcher tells us that it's in the works, though Hiku isn't announcing specific details on that yet.

Katcher and his partner Manu Chatterjee say that they're capable of delivering on the promises they've made in the Kickstarter campaign — with prototypes already created and software well into development. The demonstrations we've seen have all worked quickly and seamlessly, another good sign this project could become a reality. The projected ship date isn't until March of 2013 — which is probably less ambitious that backers might hope, but perhaps a little caution is just what Kickstarter needs right now.