Can accessory makers improve Windows 8 on desktops and laptops?

Share All sharing options for: Can accessory makers improve Windows 8 on desktops and laptops?

In a month’s time, Microsoft will release Windows 8 to the world as part of a midnight launch alongside its new Surface tablet on October 25th. Although the majority of Windows PCs currently in use across the world are desktop and laptop ones, Microsoft has optimized its latest operating system for use on touch-based hardware. The move is unusual for Microsoft, and marks a step in what it believes will be a tablet and hybrid laptop future.

The new interface, with a separate application ecosystem from the traditional desktop, includes the same Live Tiles first introduced in Windows Phone, and a "Metro" style design that is primarily focused on the use of typography and content. It's certainly a bold move away from the traditional user interface of Windows, and a risky one that has a lot of potential to alienate Windows users and developers. A number of existing Windows 8 users expressed concern at the use of the new interface on mouse- and keyboard-driven machines during the testing phase, and Microsoft responded in kind with some significant improvements in the Consumer Preview and Release Preview editions. However, there's still a feeling that the new interface is clunky and confusing for desktop and laptop machines where a touch screen isn't present, but Microsoft might have the answer. 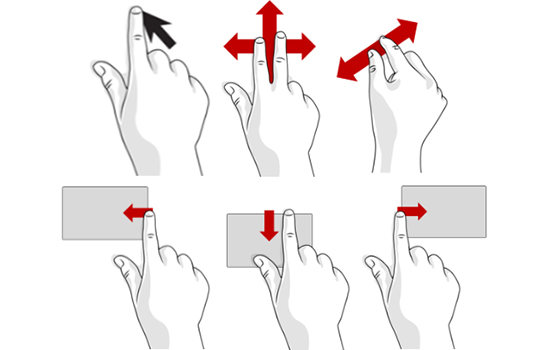 After introducing some Windows 8 gestures for touchpad component vendors, Microsoft is extending this work to its own range of mice and ones from third parties. Sources familiar with Logitech's own testing have revealed to The Verge that the company is testing a new touch mouse designed specifically for Windows 8. The mouse includes gesture support to allow users to swipe in from the right edge to reveal the charms or swipe in from the left edge to switch to the last opened app. Logitech is also testing additional gestures with a view to improving the Windows 8 experience on mice and keyboards. The new gestures — some of which may appear in existing products with updated software — will help prevent users having to struggle to find the hot corners introduced in Windows 8, allowing them to be operated with swipes and taps on a mouse.

And Microsoft is doing the same. The software giant revealed earlier this year that it's planning to support additional functionality in Windows 8 for its existing Touch Mouse. The new support will include a one finger swipe to scroll up and down and two finger swipes to manage apps and display the Windows 8 charms, a sidebar for settings, device management, sharing, and search. This support is identical to what Logitech is testing, and appears to be a way to standardize touch-based mice. Microsoft has also recently introduced a Wedge Mouse and mobile keyboard, lacking any additional gesture support, but the company may be planning to introduce this with the same update designed for the Touch Mouse. 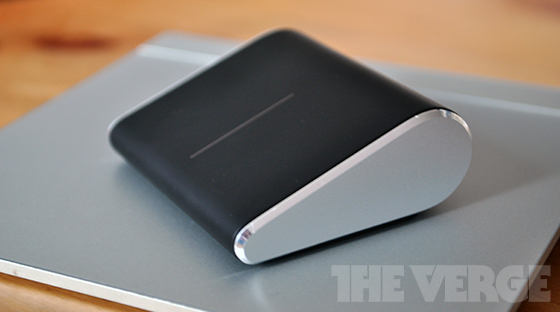 A Logitech wireless touchpad is on the way

Logitech is also testing a wireless rechargeable touchpad, model t650, that will work on Windows 8 and Windows RT with 13 customizable gestures. The glass touch surface includes the same Windows 8 shortcuts to allow users to swipe from the left or right to control apps or charms in the operating system. You can also swipe down from the top edge to reveal the app bar in Windows 8. These mice and touchpads for desktop computers can help improve using Windows 8 on a daily basis, but there's also the keyboard side of the combination that may help ease the transition.

Microsoft has introduced a Wedge Mobile keyboard and Sculpt Comfort Keyboard that both include hot keys for Windows 8 Search, Share, Device, and Settings charms. The Sculpt Comfort Keyboard also includes four hot keys for flipping between and switching apps, snapping apps, and bringing up the app bar. These quick buttons are also designed as a way to ease the transition for Windows 8 users who primarily navigate using a mouse and keyboard. In my own testing, the gestures on mouse and touchpad devices work as an important way to mimic the touch interface of Windows 8. They're effective in stemming the annoyance with having to navigate the tricky way to display the charms with just a mouse, and they also allow users to quickly switch apps with just the mouse — something traditionally reserved for the Alt-Tab keyboard shortcut. 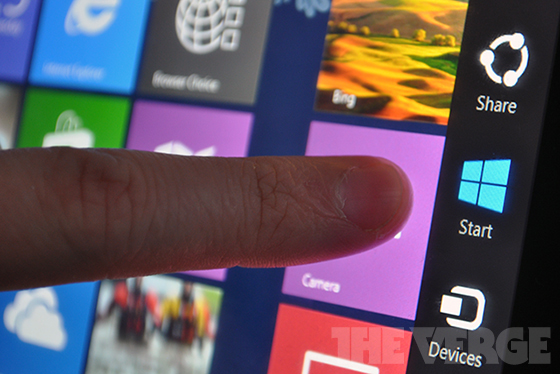 Microsoft needs to teach the world how to use Windows 8

Microsoft now faces a struggle of convincing users to purchase mice, keyboards, and touchpads that work with Windows 8 by selling them on the benefits of a touch-based accessory over a traditional one. Equally, OEMs will need to supply this kit with new PCs to ensure it's commonplace. Logitech is clearly ready, and we're expecting to see new products announced shortly, but are end users ready to learn a new way to navigate the familiar Windows interface with equally familiar hardware? Some existing laptop touchpads will be upgraded to support the new Windows 8 gestures, but the majority will be left without.

The change is necessary, and a standardization of gestures is welcomed after years of fragmented accessories for Windows PCs — but without new touch-based hardware, the same questions will be asked of Windows 8's functionality on a computer driven by a mouse and keyboard. Consumers need to warm to Windows 8 this holiday season on the tablet side, but these new accessories will help Microsoft improve Windows 8 on existing and new desktops and laptops — a key component of the Windows user base. If you feel Windows 8 is a dud on a desktop, try a new mouse with the gestures enabled; it might just be Microsoft's stroke of genius that combines a touch-based user interface with optimized hardware. Microsoft just has to sell it that way now.