Wearable tech comes to photography with Autographer, a camera that guesses when the moment is right

Share All sharing options for: Wearable tech comes to photography with Autographer, a camera that guesses when the moment is right

Everyone's heard the expression that the best camera is the one you have with you, but what if you didn't even have to worry about taking pictures at all? That's the idea behind Autographer, a wearable wide-angle digital camera that uses an array of sensors to automatically take pictures of your day. The device itself is a slightly taller and a bit narrower than a credit card, though it's rather thick at 23mm thanks to its built-in pancake lens and belt clip. It weighs in at 58 grams. Imaging duties are taken care of by a 5-megapixel backlit CMOS sensor, and there's a small OLED display on the front of the device for status information and other controls. Those aren't attention-grabbing specs, but the Autographer isn't about what's inside of it — it's about changing the way people record their day. 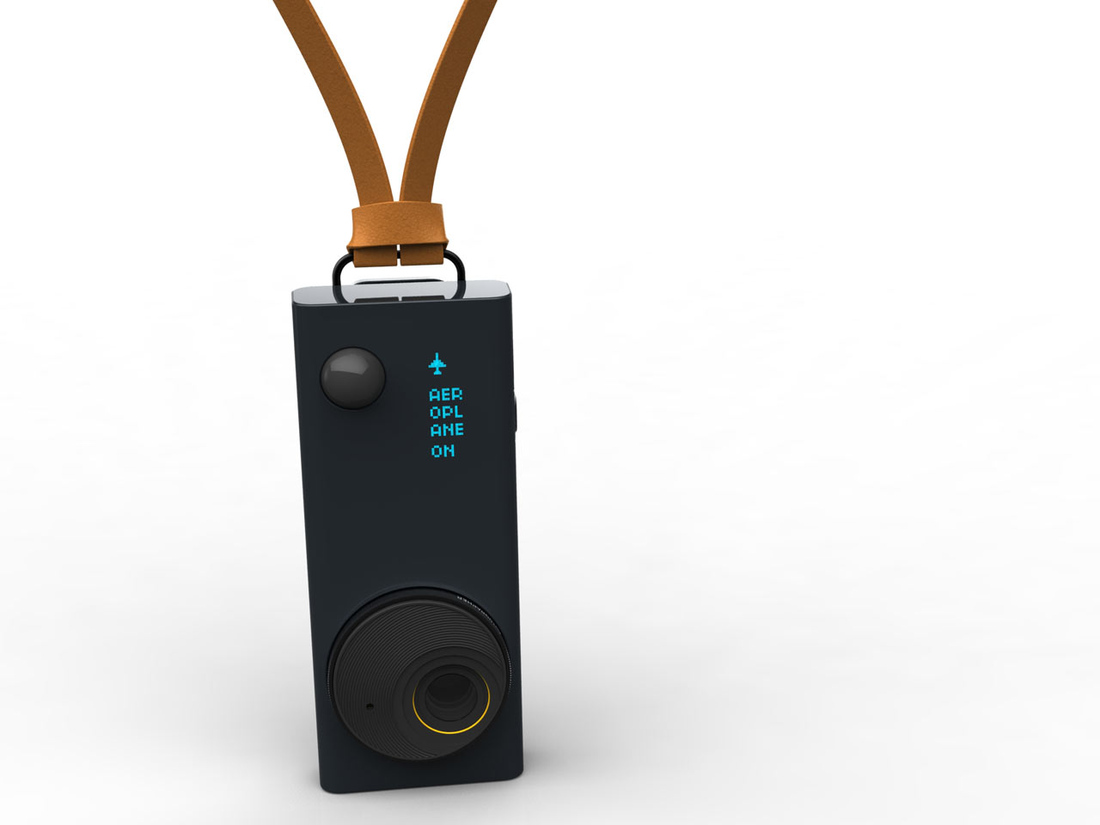 The key to the Autographer is that it straps around your neck, onto your belt, or anywhere else you want to put it, and continuously snaps pictures as you go through your day. Thankfully, the system isn't a simple time-lapse that takes pictures every five minutes: instead, software analyzes data that's received from the device's onboard accelerometer, magnometer, light sensor, thermometer, and passive infrared sensor (for motion detection) to automatically take photos at important moments. OMG Life hasn't offered too many details on how the system works — and we'll need to try it out to see if it's successful at guessing when to take a shot — but this isn't unproven technology. The Autographer uses the same Microsoft SenseCam tech used in the Vicon Revue — a very similar OMG Life-made product that is designed to record moments to help those suffering from Alzheimer's.

Autographer is just the latest in a growing pack of wearable tech that has been lead by fitness devices like those from Fitbit and the Nike FuelBand. While the Autographer significantly differs in function from those products, we imagine it will appeal to the same set of users — those who are obsessed with recording and analyzing every detail. Each photograph taken by the Autographer will record the metadata from its five sensors, allowing you to sort your pictures by data like temperature, time, and more. Just like Nike FuelBand, the Autographer is primarily meant to be used in conjunction with its iOS app and desktop software. Apparently there is an option in that software to whip up a quick GIF — an easy way to our hearts.

It remains to be seen what sort of photos the Autographer can take, and we assume that at the end of the day you'll be facing a massive pile of photos to sort through. Even with the Autographer's "intelligence" it's likely that the signal-to-noise ratio will be quite high. Still, we can think of a few people who'd be interested in such a product — after all, Google Glass has a very similar built-in time lapse function, too. If you're looking to give the Autographer a try, it will be available in the UK come November for a rather steep £399.