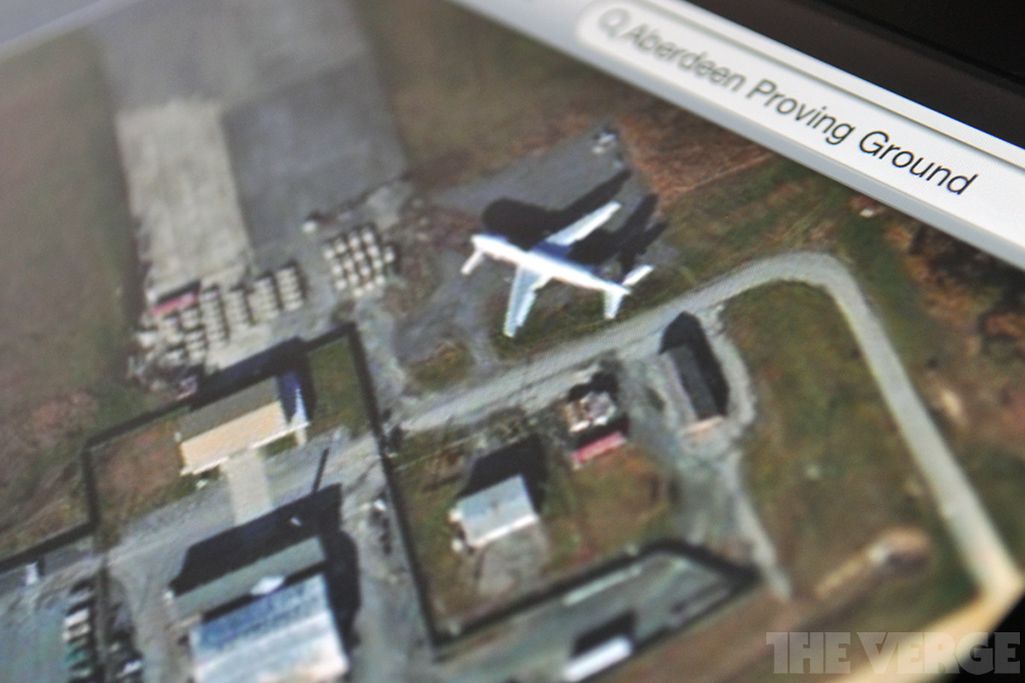 The launch of Apple’s new mapping service in iOS 6 has generated a wave of criticism that shows no sign of abating. On Wednesday, however, came an article from Turkish site Sosyalmedya claiming that Apple was putting the country’s national security at risk by providing highly detailed satellite imagery of a maximum security prison on Imrali island.

The prison plays host to a number of inmates, most notably Abdullah Öcalan, the spiritual leader of a Kurdish separatist organization. The facility is obscured on both Google and Nokia's maps, but Apple’s imagery is crystal clear. Google has used censored images in Earth (and by association, Maps) for over five years now, so why doesn't Apple's Maps application do the same? We took a look at some prominent military sites on each of the companies' mapping solutions to see how the results differed. 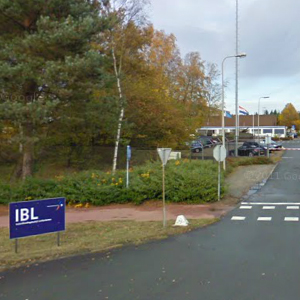 It's difficult to know the exact purpose of this "tank workshop," operated by Dutch military contractor IBL. It appears to be a research facility, although anecdotal evidence from an open day organized by an on-site social club indicates that a number of military vehicles are housed and tested on-site. Google's artistically-renowned censored imagery obscures the entire site, while Nokia, and in particular Apple, offer high-quality images.

Imrali Island is a designated Military Forbidden Zone, meaning that anyone sketching, mapping, or shooting high-quality photography of the area could be subject to a hefty fine or even imprisonment. Google has chosen to over-expose and obscure (one of its many techniques) parts of the island, while Nokia only provides its zoomed-out "City-level" imagery. Ten miles below, on the main coast of Turkey, Nokia offers high-quality images at "Street-level' zoom.

Apple's images, however, are extremely detailed; far more so than in many residential locations throughout the world. There are two inhabited areas on the island, and in both all of the structures are clearly defined. 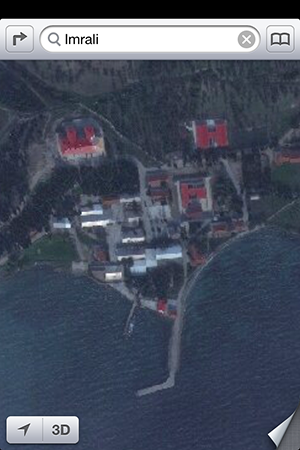 The island of Minamitorishima is hugely important to Japan. Situated more than 1,000 miles from the East coast of Japan's main island, it grants the country sovereignty over some 110,000 square miles of surrounding territory. Minamitorishima is used as a small military airport, and the only non-military personnel allowed ashore are members of Japan's meteorological agency.

When viewing Google's satellite imagery, it becomes clear that the photos have been significantly over-exposed, and seem to have also had a paintbrush applied to "secure" areas like the island's runway. As with Imrali island, Nokia declines to provide imagery for "Street-level," while Apple's maps provide an unusually detailed view that looks more like military photography than anything else.

The United States' oldest military proving ground is easy to find on Google Maps, with many of its roads named and labeled. Google's satellite imagery, however, is very obviously at a far lower resolution than in surrounding areas, and seems to have been doctored in places. Phillips, an on-site military airfield, is similarly blurry when viewed on Google. Both Nokia and Apple's maps are again very clear; where Google displays a landscape dominated by deep, circular gashes, its competitors show a forest neatly segmented by roads. Phillips is almost pixel-perfect, and aviation enthusiasts will likely be able to identify the aircraft parked by the runway. 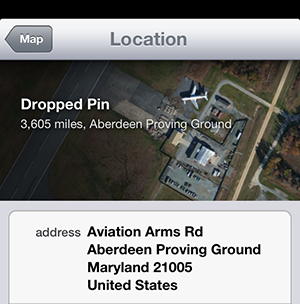 This airbase is an essential part of NATO's airborne early warning and control system. The site is largely unobscured on all three services, but Google's mosaic pattern is prominent over the Western side of the runway and parts of a nearby forest. This time around, both Nokia and Apple's maps show what Google is hiding; a series of paved roads leading to clearings that likely house "sensitive" machinery.

We reached out to all three companies to find out their policies on censoring maps. Google told us that its mapping data arrives from a variety of sources and from time to time those sources blur parts of the images. If new images arrive that are of a higher quality than its present files, it "may elect to publish [them] even if the provider has blurred certain regions." It says that, while talks routinely with government and public agencies, it has never blurred any images as a result.

Nokia's says that has "identified some countries and areas" where authorities do not allow high-resolution data and, wherever necessary, does not publish infringing images. Apple has not responded to our request for comment.

Perhaps the most confusing aspect of the present situation is that the three companies license satellite imagery from similar sources. Nokia counts Navteq, NavInfo, DigitalGlobe, and Planetary Vision among its providers, while Apple also uses DigitalGlobe's images, and actually cites the company as the sole provider of its satellite imagery, although iOS 6's 3D maps are from Apple-owned C3 Technologies (which, confusingly, Nokia also uses for its maps).

Google's coverage comes from a vast network of suppliers, including DigitalGlobe, Terrametrics, and GeoEye. With DigitalGlobe on its list of partners, Google could, if it wanted to, provide its users with the same high-quality images Apple uses at the above sites. Although it says it has never blurred any images, purposefully choosing low-quality images for particular sites is practically the same thing.

It's likely that Nokia and Apple simply haven't been under significant scrutiny until now. Nokia has had its own mapping service for years, but it was only recently that it became Microsoft's official map provider. As for Apple, its maps have been public for just over a week.

Pre-installing its maps on all iOS 6 devices guarantees Apple a significant marketshare in mobile mapping, and with security an ever-sensitive subject, this is yet another area that the novice cartographer will almost certainly be forced to improve upon.