What to expect from today's Nokia event

Nokia's important Windows Phone 8 week kicks off with the Lumia 820 and Lumia 920, but will the hardware be enough?

Share All sharing options for: What to expect from today's Nokia event

Crammed in among one of the busiest product announcement weeks of this year, Nokia is looking to make a splash with its latest round of devices running Microsoft's Windows Phone platform. Does this represent the company's last real chance for survival as an independent company? It's hard to say — there have been pundits predicting the wayward Finnish giant's doom for years now — but there's no question that the urgency for Nokia to score a global, hugely profitable smartphone hit or two grows with each new generation of handsets. Let's take a look at what we can expect.

Hardware: two to conquer them all?

The festivities kick off at the midway point on Wednesday, where we expect Microsoft and Nokia to fully unveil the Windows Phone 8 operating system and two Lumia handsets. We've heard the rumors and speculation around Phi and Arrow devices previously, and it now appears that those will become the Lumia 920 and Lumia 820, respectively.

A two-device strategy is practically guaranteed

As we've seen at past Nokia Windows Phone announcements, a two-device strategy is practically guaranteed. Nokia's first Windows Phones, the Lumia 800 and Lumia 710, were both revealed together almost a year ago at Nokia World 2011; likewise, the Lumia 610 and international Lumia 900 were revealed together at Mobile World Congress in February. The US Lumia 900, revealed at CES earlier this year, has been the only exception. 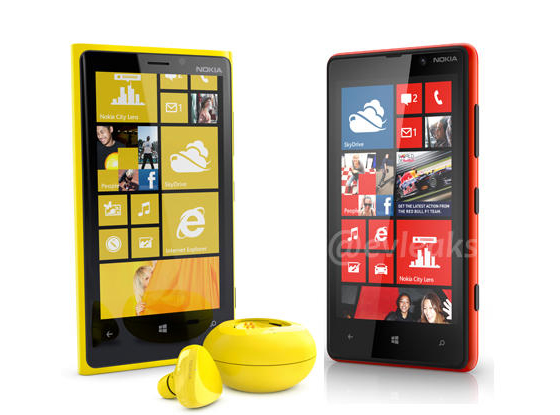 We've been told by multiple sources to expect a Lumia 820 that will include a 4.3-inch display, exchangeable covers, and a microSD card slot to boost storage. While the device will include a dual-core processor, 1GB of RAM, and 8-megapixel camera, the 820 will be overshadowed by its larger sibling, the Lumia 920. The second of Nokia's Windows Phone 8 devices will include a 4.5-inch HD display, an 8-megapixel "PureView" camera and the usual unibody design found on the Lumia 800 and Lumia 900.

The 920 will be the flagship device for Nokia's Windows Phone 8 efforts in the US where it's likely to succeed the 900 that's currently sold on AT&T, but we don't have a firm sense of whether carriers will be announcing partnerships this week or not; we know that Verizon is back in the mix after steering clear of Nokia's earlier Windows Phones. AT&T is also a safe bet, but T-Mobile is a wildcard — the nation's number four network currently carries the Lumia 710, but it's unclear what the company's plans are for the future.

We've been reliably informed that the Lumia 920 and Lumia 820 will include wireless charging. Inductive circuitry will allow the phones to charge when resting on specially-designed bases; Nokia is said to have developed its own wireless charging technology that's compatible with the Qi wireless charging standard, which means users should be able to use a variety of compatible base stations (for what it's worth, Verizon has required Qi compatibility on a number of its existing smartphones). The feature is fairly unique to smartphones after being made popular by the Palm Pre back in 2009, although Palm's implementation was proprietary and not designed to work with other devices. It's a differentiating feature, so it's likely that Nokia and Microsoft will be hoping that it'll entice consumers into opting for a Windows Phone 8 handset in the run-up to the important holiday shopping season.

Nokia's so-called PureView technology on the Lumia 920 could also help with the company's marketing efforts and change the way consumers see Windows Phone. Although the actual camera looks like it'll fall well short of the 41-megapixel sensor found on Nokia's 808 PureView handset, we're told that the Lumia 920 is well equipped with a combination of software enhancements to take high quality images — just don't expect it to incorporate all of the raw technical wizardry that Espoo brought to the table with the 808. Considering how thick the 808 is, that may be just as well.

On the software side, Microsoft is expected to unveil new features in Windows Phone 8 that haven't already been shown off since the platform's introduction in June. One of the headliners will likely be a Kid's Corner family parental control feature, which we exclusively detailed — it's a unique way to allow Windows Phone users to create a separate environment on the phone for children. Microsoft is also building in a new "Rooms" feature that will connect friends and family in a virtual group chat to enable calendar, photo, and notes sharing. Other unannounced features include a Data Sense option that tracks smartphone data usage (especially important in the age of limited data buckets), a cloud-powered Internet Explorer, improved backup options, and a Camera lenses add-on.

Although Microsoft is consistently adding new and improved features to Windows Phone — some of which cannot be found in rival mobile operating systems — the platform still lacks some basics that hold it back. There's no smart dialing in the Phone app, no screen capture, a lack of VPN support, no notification center, and it's saddled with odd app switching: curent versions force you to hold the back button to provide a task switcher interface that will resume apps. If users launch an app and tap the home button then it suspends, but it only resumes fully using the task switcher. I would personally like to see this behavior altered so that apps resume no matter how they're launched.

Will the hardware be enough?

This is a tag-team effort: Nokia's hardware alone won't be enough to persuade consumers over to Windows Phone 8. The biggest issue Nokia and Microsoft still face with Windows Phone is the distinct lack of mainstream applications. Nokia is attempting to remedy the situation with a line of exclusive app partnerships, but the pair are clearly resting their hopes on Microsoft's upcoming Windows 8 operating system to boost Windows Phone sales as part of a broader ecosystem play. With a shared interface, similar applications, and integration between the two operating systems, it becomes a more compelling prospect for consumers. However, Nokia and Microsoft need to market their offering in a way that will excite the masses and light the flame for application developers. This could very well be the make-or-break moment for Nokia — from what we've seen so far, it looks like the company is about to reveal a pair of aces as part of its Microsoft smartphone gamble. But is it enough?