Dan Provost and Tom Gerhardt are Studio Neat, the two-man outfit behind the Cosmonaut stylus and the Glif iPhone tripod of Kickstarter fame. They also launched a stop-motion film app for iPhone called Frameographer, but Studio Neat's most recent endeavor is "It Will Be Exhilarating," a new book about indie capitalism and the trials and tribulations of building hardware as a small company. Provost took a few minutes to talk to The Verge about his new book, and about why people today more than ever want to be in touch with those creating their products.

Dan Provost and Tom Gerhardt are Studio Neat, the two-man outfit behind the Cosmonaut stylus and the Glif iPhone tripod of Kickstarter fame. They also launched a stop-motion film app for iPhone called Frameographer, but Studio Neat's most recent endeavor is "It Will Be Exhilarating," a new book about indie capitalism and the trials and tribulations of building hardware as a small company. Provost took a few minutes to talk to The Verge about his new book, and about why people today more than ever want to be in touch with those creating their products.

What are you doing right now?

The usual. I'm sitting at home, answering emails. Tom is about to come over. We have a presentation we are working on for the upcoming XOXO Festival in Portland.

How does it feel to have published your first book? Is it going to make money?

It feels pretty great. I never thought I'd author a book. English was always my worst subject in school, but I've found an appreciation for writing over the years. As an exercise it really helps to focus and clarify my thoughts. We are indeed selling the book, so in theory we should make money. How much we make is yet to be seen. 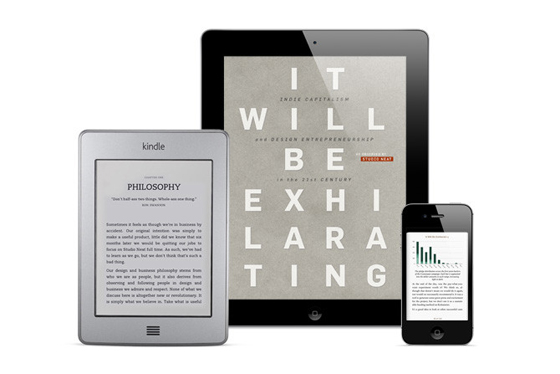 After creating an iPhone tripod, an iPad stylus, and a stop-motion animation app, why did writing a book come next?

After our Glif Kickstarter campaign wrapped up and the product had shipped I wrote a post-mortem blog post that has proven to be helpful to quite a few people — especially to those interested in launching a Kickstarter campaign or getting into product design. After we had another successful Kickstarter campaign and released our first piece of software, we thought we could expand the blog post into a full-on book covering everything we've learned in the short time we've been in business. On a more meta level, it seemed like a fun challenge. I like to try out different medias / mediums.

"It Will Be Exhilarating" states that Kickstarter is the reason Studio Neat exists, and is the poster child for indie capitalism. What is the next industry to get transformed by Kickstarter?

I have no idea. It seems like lots of industries are getting transformed in big and small ways by Kickstarter. Film, games, product design, music, etc. I think it's part of the larger story of people simply becoming more comfortable with paying creators directly for their work. Perhaps the middlemen are not as needed as before.

"It's part of the larger story of people simply becoming more comfortable with paying creators directly for their work."

What do people like most about connecting with who's making their products?

I think people are naturally curious and want to know where the products they buy are coming from. It is satisfying and fulfilling to have that relationship between the creator and the customer. That's hard to achieve with a box sitting on a store shelf. Furthermore, people like to know how products are made. Those were always the best parts of Reading Rainbow or Mr. Rogers, when they would take you to the book binding facility or the crayon factory. Seeing how the sausage gets made is actually fascinating to a lot of people.

What are you most looking forward to printing with a 3D printer?

Define simplicity, in your terms. What objects in your life need to be simpler?

A lot of times simplicity to me is about removing friction. When things seem "obvious" due to their simplicity I find it refreshing. My television needs to be simpler. Even with an Apple TV, it takes a thousand clicks to navigate the menu hierarchies. Perhaps if a hypothetical new Apple TV has Siri, I can just say something like "Watch Designing Women" and it will immediately start playing.

What do our computers look like five years from now? Are styli a part of the average person's computing workflow?

In five years hardly anyone will use computers anymore, because they will be too busy cruising around on hoverboards, which will have been around since 2015. For the few that still do use computers, they will look about the same, just better. By then the "cloud" will be fully realized, as well as high speed ubiquitous connectivity. 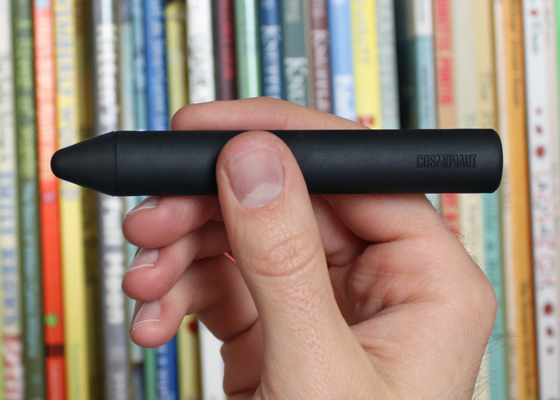 Tablets will continue to prosper, of course, and I imagine in five years a tablet is what will pop into your head when someone says "computer." I am also very interested in things like Fitbit and the Nike Fuelband. I think more ubiquitous data collection of our everyday lives and actives could be really useful and fascinating. To answer the second part of your question, as long as touch screens are around, the stylus has value. But it is a tool, not the primary mode of input.

In your book you write about "scratching your own itch" with the Cosmonaut and Glif. What other itches are left to scratch in your life? Which are the itchiest?

I imagine Tom and I will always be able to find little inconveniences, little frictions that we can try to solve with simple solutions. It's an itchy world out there.

You mention that Tom had to learn Objective-C in order to code Frameographer. Are we looking at a future where anyone can learn to pretty easily create both digital and IRL objects?

It's exciting to me when any tool for creation becomes readily available. It opens up the pool for potential contributors, and lowers the barrier to entry. That said, anyone can go to an art store and buy a canvas and some paint, but it takes hard work and practice to create something beautiful.

Is selling an app sustainable, or must you continue launching new apps? Does working hard to provide updates to your users get annoying, if nobody new is buying?

It's tricky. We want to keep developing Frameographer, because we have some cool ideas for updates, but it's hard to justify the time investment. Our sample size is obviously very small, so we are just playing it by ear at this point. We might try a couple experiments in the future to see if anything catches hold. 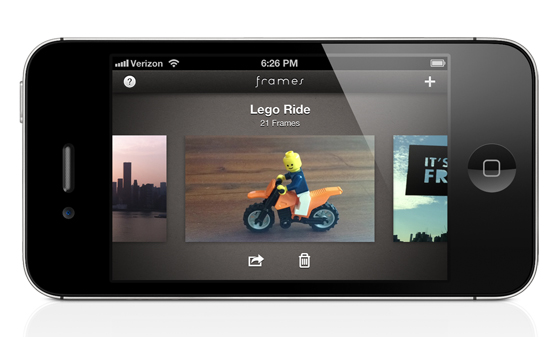 You write that you did "very little" market research in designing your products and just built something you'd want to use. Many would argue that Steve Jobs had the same mentality, and his company is quite successful. Why don't more businesses operate this way?

It's easy for Tom and I to do that, because we are the only two people in our company. It's actually kind of a miracle to me that a company the size of Apple can behave that way, and that is owed to the culture of excellence that Steve Jobs created there. I can't answer why more businesses don't operate that way, but I imagine it has something to do with lacking vision and focus.

What designs (physical, software whatever) or art have inspired your work the most?

Aside from the obvious (Apple), I found a lot of early inspiration in my design school days from Hillman Curtis and Stefan Sagmeister. I don't think I connected with the work itself, but rather their approach, if that makes sense. I find I am inspired all the time by the great stuff humans are creating these days. Just taking a stroll through my RSS reader is very inspiring.

How do you stay focused?

For me, I don't really stay focused. It's very easy for me to get distracted. But, I do find tricks such as turning off email or running apps in "focus" mode can be helpful if I really need to hunker down and have an uninterrupted chunk of time to work on something.

What apps do you use most on a daily basis?

Tweetbot and Reeder are my go-to "water cooler" apps. I use both Instapaper and Pocket, the former for text and the latter for video. During the workday, Dropbox, FaceTime, Sparrow and TextExpander are essential. For design work I'm either in Photoshop or Illustrator, and for video it's Final Cut Pro X and After Effects.

What's next for Studio Neat?

We have a couple different things cooking that I'm psyched about, one of which is a little bit of a departure from our previous work. I will reveal that we have been following the new iPhone rumors closely, and we'll have a new Glif designed and ready for production by the holidays, should it be needed.