Nokia's Lumia 920 features a 'PureView' camera, but it's not what you think

Nokia's Lumia 920 features a 'PureView' camera, but it's not what you think

Nokia's new Lumia 920 smartphone features a PureView-branded camera, but it's not quite the same as the one we saw on the 808 PureView smartphone released earlier this year.

Nokia's recently announced Lumia 920 is one of the most advanced smartphones the company has ever produced, and it packs a laundry list of specs that impress. One of those specs is its new camera, which is said to be a marked improvement over the camera found in the Lumia 800 and Lumia 900. An 8-megapixel unit with a Carl Zeiss lens, the camera bears Nokia's PureView branding, much like the 808 PureView Symbian smartphone released earlier this year. However, though both smartphones are branded as PureView devices, they are significantly different on a technical level, leading us to wonder what PureView really means.

The 808 PureView's claim to fame was its tremendous 41-megapixel camera with a sensor that quite literally dwarfed those found in other smartphones. This allowed users much greater control over their images, with the ability to "losslessly zoom" without any loss of detail. Nokia utilized pixel binning technology on the 808 to produce 5 and 8-megapixel images with a much better low-light sensitivity and greater dynamic range than we had ever seen from a smartphone before. Though the 808 PureView was an overall disappointment as a smartphone, its PureView camera was nothing short of jaw dropping, and made us wonder what a Nokia Windows Phone device would be like with such an imager. 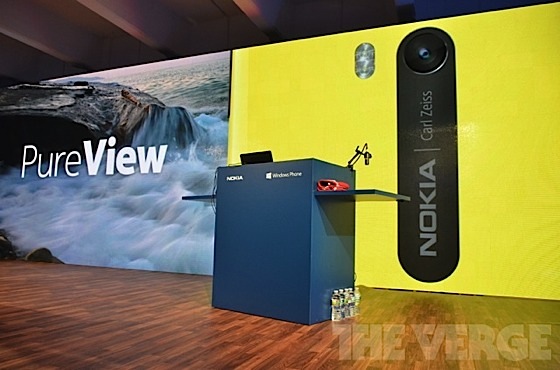 Nokia's Lumia 920 aims to be that dream: it's a powerful Windows Phone smartphone with a PureView camera. But, instead of having a massive 41-megapixel sensor, it uses a much more pedestrian 8-megapixel chip. Where the 808 PureView allowed for very impressive zooming and amazing control over depth of field, the 920 has no such abilities. However, Nokia is quick to point out that the 920's camera is no slouch. It features a new, "floating lens" optical image stabilization system (that uses a set of tiny springs to stabilize the lens) for much sharper photography in low-light situations, an improved app and camera interface, and the ability to record 1080p HD video.

"It's about the benefits, it's not about the spec. This is a PureView device."

But it's still hard to shake the feeling that the 920 doesn't live up to the PureView promise put forth by the 808. We spoke to Marko Ahtisaari, Nokia's head of design, on the matter and he noted PureView is Nokia's branding for all of its advanced camera technologies, whether that is new sensors with great dynamic range and low-light sensitivity, or new optical stabilization systems that use radically different lenses. 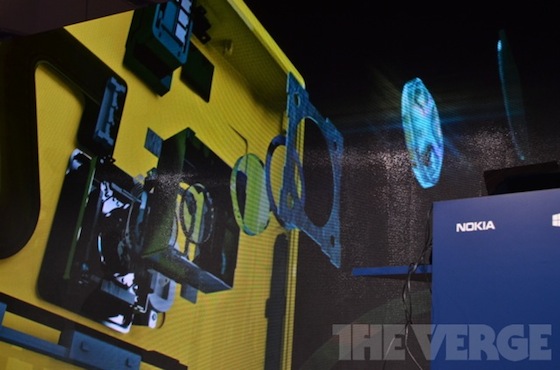 With the 920, the big focus is on that optical image stabilization system — a defining feature that isn't found on other smartphones on the market. Lenses with optical image stabilization dramatically improved the pictures captured by point and shoot cameras five or more years ago, and Nokia expects it to do the same with smartphones, starting with the Lumia 920. Ahtisaari was keen to point out that these new capabilities are what make the 920 a PureView device, and that "It's about the benefits, it's not about the spec." Nokia wants consumers to know that there is more to making great images than just megapixels, a message that was certainly clouded by the 808 PureView and its headline spec.

"On the 920, we focus with as much clarity on image stabilization — how we're doing the floating lens, the mechanical mastery that goes into something like that — and then the low-light. So that'll be the focus now, and as we move forward we'll see."

"It's actually the best PureView experience yet on a mobile device."

Nokia is confident that the 920's fancy new lens system and software will be enough to propel it ahead of the competition when it comes to smartphone imaging. Indeed, when comparing images taken with the 920 side-by-side with those captured by Samsung's Galaxy S III, the difference in image quality is more than notable. Ahtisaari summed things up by saying "It's actually the best PureView experience yet on a mobile device."

Nokia may have blurred our perception of PureView with the Lumia 920, but if the 920's camera is able to push the boundaries of what a smartphone can capture, it should be worthy of the badge. We will reserve final judgement on the matter until we have gotten our hands on a Lumia 920 for a full review, but if it can deliver as Nokia promises, we're not so sure anyone needs to be too concerned with its branding.

David Pierce contributed to this report.

More from this stream Nokia's new Lumia 920 and Lumia 820 with Windows Phone 8: the full story