HTC unveils the One SC, an unusually designed smartphone for China

HTC unveils the One SC, an unusually designed smartphone for China

HTC has unveiled the One SC, a mid-range smartphone bound for China with an unusual asymmetrical design.

From the front HTC's One SC looks right at home alongside the company's One series of Android 4.0 smartphones launched earlier this year, but flip it over and it's a whole other story. The SC has a unique segmented design dominated by an HTC logo set into a ridged pattern, with a separate metallic section housing the camera and flash.

Inside, however, the phone is pretty run of the mill, with a 1Ghz dual-core processor, 1GB of RAM, and a 5-megapixel camera. The asymmetrical design is nothing if not eye-catching, but for now the phone is only set to see release in China. Next to the Japan-only HTC J, we'd say it's a toss-up as to which country got the better deal. 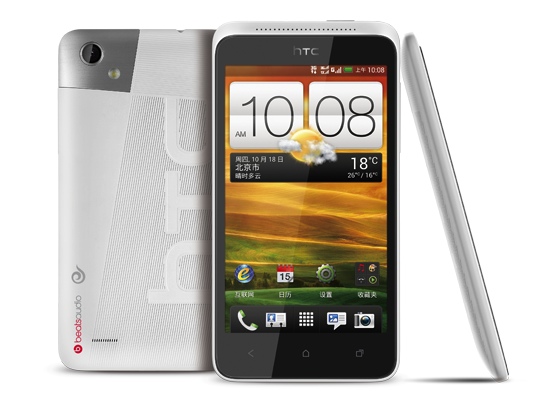 More from this stream HTC One: specs, features, release dates, and our in-depth reviews