Google's Project Glass is being used to record designer Diane von Furstenberg's show for New York Fashion Week from behind the scenes.

Share All sharing options for: Google Project Glass makes it onto the runway to record New York Fashion Week on video

Project Glass has already been shown off on stage and modelled by our own Joshua Topolsky, but now the augmented-reality glasses are getting some time on the runway. The glasses aren't being used as a fashion accessory, however: they're recording designer Diane von Furstenberg's show for New York Fashion Week from behind the scenes. It's the first time that the heads-up display is being used publicly for something more than a tech demo (not that there's anything wrong with skydiving into a keynote presentation).

The fruit of the project is coming in the form of a short film called DVF through Glass that's going to offer a peek of designers and models preparing for and performing during the fashion show from first-person perspectives. While the Project Glass-shot video isn't going to be released until September 13th, DVF has been publishing a steady stream of photos taken from models and others wearing Google's glasses. Whether or not New York Fashion Week interests you, the relative ease of capturing an event from the first person using Glass is an exciting proposition — especially if that $1,500 price tag is brought in check. In the meantime, take a look at DVF's Google+ gallery for all the shots from the runway.

Update: The short film — entirely shot on Google Glass — has been released. 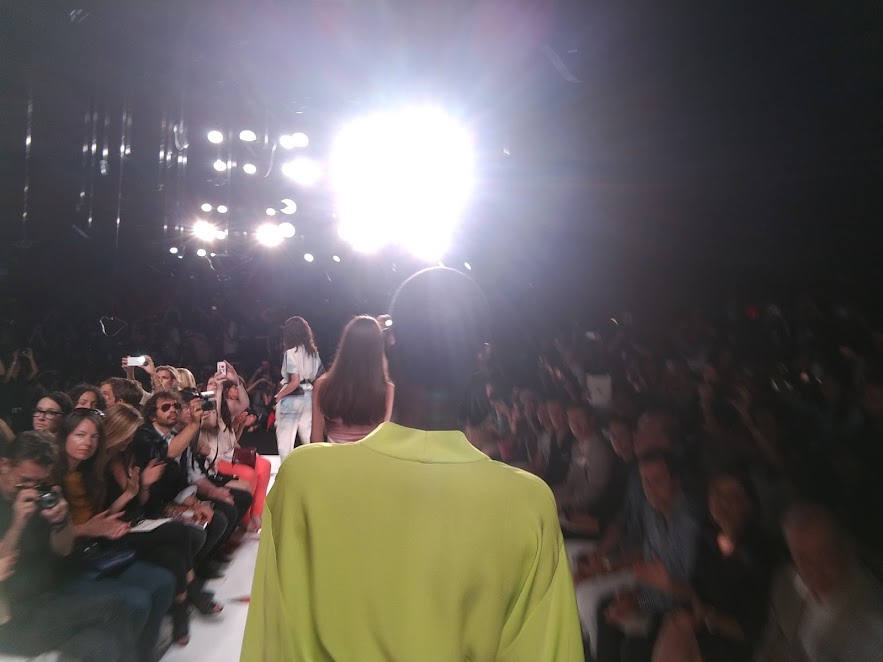