How Kickstarter stole CES: the rise of the indie hardware developer

While corporate giants hog the floor space, indie gadgets are getting the rave reviews

Share All sharing options for: How Kickstarter stole CES: the rise of the indie hardware developer

They said the wristwatch was dead, but they were wrong. Forward-thinking watches are making a big splash at this year’s CES, the largest technology trade show in the country, and two watches stand out: the ultrathin, ultrasimple CST-1, which looks like a metal slap bracelet with giant numbers, and the Pebble smartwatch, which interfaces with the owner’s smartphone and can also run apps of its own.

Those two watches have something else in common: the crowdfunding platform Kickstarter. Pebble raised $10.2 million from 68,929 people, making it by far the largest Kickstarter campaign to date. Pebble held a press conference at CES this week to announce that the product would begin shipping on January 23. Then on Tuesday, the two engineers behind the CST-1 launched a Kickstarter campaign of their own, which hit its $200,000 goal in under 48 hours.

Kickstarter has really changed the dynamics at CES. This year, independent developers are getting as much attention as the big companies that usually dominate, and many of them built their products with crowdfunded cash.

Kickstarter has really changed the dynamics at CES

When it comes to fundraising for futuristic watches on Kickstarter, Scott Wilson is the original gangster. Just over two years ago, the black-and-gray-haired Chicago designer solicited strangers for just $15,000 to make two versions of a watch that used a touch screen iPod nano as the face. He raised $942,578, a record for Kickstarter at the time.

Wilson and his design firm MINIMAL have a booth at CES this year, a modest, brightly-lit display on the edge of the North Hall. It’s not the easiest thing to find, but people keep stopping by. Many of them are fellow inventors who were inspired by Wilson’s success on Kickstarter and stopped by to tell him about their own campaigns. "Overall, there is this overarching inspiration for doing your own thing, and that is partly driven by Kickstarter," Wilson said. "Everyone had a little more confidence." 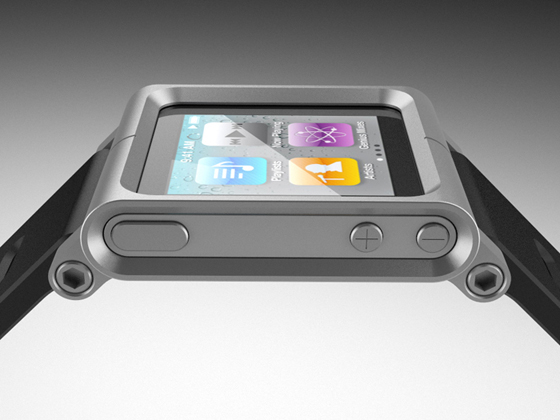 The LunaTik touchscreen watch kit launched on Kickstarter in late 2010.

The stars seem to be aligned when it comes to smart watches, but Kickstarter’s influence pervades the trade show. Many of these Kickstarted products probably wouldn’t exist if it weren’t for the kindness of strangers with credit cards. Others used Kickstarter as a supplemental tool for fundraising or marketing. Others tried to use Kickstarter, but failed to reach a goal. These days, serious entrepreneurs study successful campaigns carefully before launching their own. They all know Wilson.

Dressed neatly in a fitted gray hoodie and black slacks, the inventor settled into a stool and rifled through the business cards he’d collected from other Kickstarter veterans inside and outside the smartwatch category. There was a guy with an iPad laptop converter, one with an aluminum iPhone case, one with a wireless speaker. "You did a Kickstarter, didn’t you?" Wilson asked the tall gentleman who had just walked up to the booth to say hello. It turned out he’d raised $194,682 on a $10,000 goal for a set of Bluetooth-enabled wooden speakers.

The Kickstarter bug has spread to bigger corporations, too. "These guys from Kensington came by and said, ‘oh man, we wish we could do something on Kickstarter,’" Wilson said.

"These guys from Kensington came by and said, ‘oh man, we wish we could do something on Kickstarter.’"

For the most part, the watches that are getting the most buzz didn’t come from big-name watchmakers or well-known electronics makers. The Sony SmartWatch has been out for a year and a quarter, but no one is talking about it. "The concept shows potential, but the SmartWatch doesn’t quite reach it," Verge reviewer Jamie Keene wrote at the time.

That’s partly because big companies like Sony, Asus, Samsung, and the rest tend to look at their existing technology portfolio and manufacturing capabilities to get ideas for what to make next. On Kickstarter, by contrast, the product starts with a need or desire, and the creators figure out how to build it from there. Of course — there’s also the issue of relativity. If Sony sold 85,000 watches, we’d call it a failure. When Pebble does it, it’s a rousing success.

If Sony sold 85,000 watches, we’d call it a failure. When Pebble does it, it’s a rousing success

Pebble used Kickstarter because investors turned them down. CST-1’s inventors used it in order to boost pre-orders because they were worried about meeting manufacturing quotas. Wilson did it as an experiment. Whatever the motivations behind the campaigns, Kickstarter proved to be at least as effective at divining what consumers want than whatever market research Sony and its peers typically rely on. Wilson believed then, as he does now, that the time is right for the next generation of watches, and the flood of dollars into Kickstarter campaigns shows he’s right. Even Apple didn’t see that one coming.

At CES, Kickstarter seemed to be everywhere. "CES probably has the largest amount of Kickstarter backers in the world concentrated in one place," Pebble CEO Eric Migicovsky told The Verge. "We invited our backers to list who's coming, and over 900 backers are here at CES. That's the reason we chose CES for announcing the ship date."

It also may be the largest number of Kickstarted products concentrated in one place. Often, it wouldn’t be until five or ten minutes into a conversation that the fact would come up — "yeah, we did a Kickstarter and raised $60,000" — as if the tactic is no longer unique enough to mention. Verge trade show favorite Oculus Rift, the immersive virtual reality gaming headgear, was funded almost ten times over its Kickstarter goal with a final total over $2.4 million. Weight-sensing skateboard ZBoard, which raised $278,767 on Kickstarter, won the CES ShowStoppers launch event on Tuesday and is now raising an additional $750,000 in funding.

Other Kickstarter-funded CES exhibitors include Chargecard, a charger for Android and iPhone, and Une Bobine, a flexible cable that can be bent into a stand for iPhone and Android. We’re sure there are many more. Toast, a wooden iPhone case, raised just over the $16,000 it requested.

At least two startups launched Kickstarter campaigns while at CES, hoping for a positive feedback loop between the two platforms. The Good Night Lamp, a set of internet-connected lamps shaped like houses, launched its £360,000 ($580,464) campaign the day before CES started. Urban Hello, a home phone that switches to speakerphone when it’s set down, pulled the trigger on its £100,000 ($161,240) campaign at the trade show’s official press event.

Urban Hello founders Catherine Seys and Herve Artus are a sweet French couple who left their two children with a neighbor in order to come to CES, taking separate flights just in case one plane crashed, they said. "I think Kickstarter is really worth it because we are just starting," Seys told The Verge. "There’s already one, two, three, four, eight backers," Artus said. "We stopped looking at it because we have to concentrate."

Seys and Artus hope Kickstarter will generate buzz around the product that will, in turn, help them get more funding from institutional investors. Urban Hello is an aesthetically pleasing device with high-definition audio and a 360-degree speaker, a rethought version of the home phone that bears little resemblance to the archetypal handset. The couple believes that it’s important to showcase at both Kickstarter and CES, in order to get in front of both consumers and buyers who will put the product in stores.

If Kickstarter had a booth, it would be the most impressive and creative display on the show floor

Urban Hello has raised £18,636 of its £100,000 goal in four days, a respectable amount but not yet a sure thing. Still, it’s fun to imagine that the home phone, another device thought to be creeping toward obsolescence, might inspire Kickstarter campaigns for creative designs that established companies could never think of. What other neglected or botched categories might turn out to be popular hits on Kickstarter? If Kickstarter had a booth that displayed all the products that had been funded there, it would be the most impressive and creative display on the show floor.

We should mention that Kickstarter’s much less influential competitor, Indiegogo, also sent a few crowdfunded companies to CES. We reviewed StickNFind, which raised $672,730 there for a Bluetooth-enabled sticker that can be used to remotely locate things like keys and wallets when they go missing. Misfit Shine, a wireless activity tracker, raised $644,121 on Indiegogo. Founder Sonny Vu is speaking on the keynote panel for the Digital Health Summit at CES.

It should also be noted that plenty of crap ends up on Kickstarter, just as plenty of crap ends up on the floor at CES. In addition to crap, there are solid products that simply don’t reach their funding goal. But Kickstarter adds a different level of scrutiny by requiring consumers to say "take my money, I want this" even before it’s been produced. 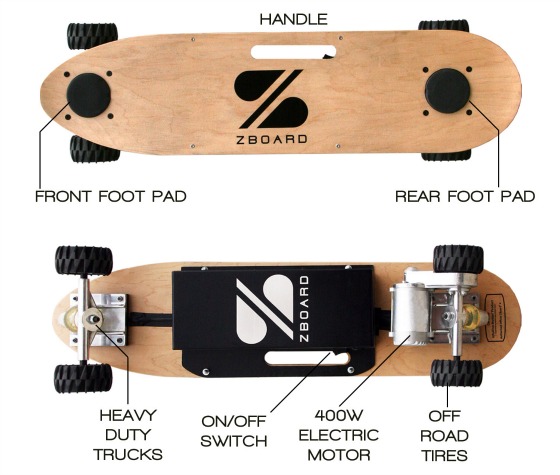 At larger companies, those products could make it all the way to the market without a real stress test. A case in point is Microsoft’s social media phone, the Kin, which was pulled off shelves two months after a disastrous launch in an indifferent market. Leaked videos from focus group testing shows that Microsoft should have known the product was no good — yet it launched anyway. The same thing happened with the interchangeable lens camera debuted by Polaroid at this year’s CES. The camera was unusable and broken when it was displayed on the floor, and yet is scheduled to come out this quarter.

Kickstarter products don’t always deliver as promised either, but it’s a rigorous process to get fully funded. There’s Kickstarter’s relatively easy vetting process, followed by a 30 to 60 day period in which creators must cold-sell random consumers on a product’s value. The crowdfunding model enables independent entrepreneurs to take new risks, but it also forces them to market the product aggressively right away. That extra survival test is what makes the Kickstarter graduates some of the most interesting and innovative products at this year’s CES.