The Apple economy dominates CES 2013, but Samsung isn't far behind

The Apple economy dominates CES 2013, but Samsung isn't far behind

Apple hasn’t made an appearance at CES since 1992, but its products are everywhere. At CES 2013, iPhones and iPads adorn the sides of booths for everything from Bluetooth speaker manufacturers to car audio companies. Booth after booth is named iFrogz, iSkins, and iLounge. Row after row of companies like Otterbox and Speck have made fortunes building cases for Apple products. Just Mobile’s booth is something like an aluminum shrine to Sir Jonathan Ive, Apple’s lead industrial designer.

At CES an economy of Apple has developed — funding booths as big and as extravagant as CES mainstays. But as the convention floor gets more and more crowded with phone and tablet accessory companies, it’s even harder to stand out. iGuy, an iPad case with arms and legs no longer makes headlines the way it once did. While there’s still plenty of Apple zealotry to be had, casemakers are moving — slowly, surely — in the direction of the Samsung Galaxy S III.

If you want to understand why iPhone accessory makers emerged en masse at CES and in drug stores around the country you have to start with the iPod — perhaps the gadget whose combination of price and delicacy demanded protection and incited an accessory revolution. Otterbox began as a dry box manufacturer, but quickly shifted when its founder saw an iPod for the first time. "The iPod revolutionized the world of mobility, and from there the iPhone and then the iPad have been our core staple," says Otterbox’s Philip Hicks. "We’ve gone from being a luxury to being a necessity. Your life is held within that device, and if you damage that, the downtime is crippling."

"Your life is held within that device, and if you damage that, the downtime is crippling."

The iPhone phenomenon goes far beyond "getting there first," however. The iPod and iPhone have now existed for years alongside sometimes equally handsome products from companies like Sony and Samsung, yet you don’t see many "Samsung Accessory Makers." "What it comes down to is that Apple makes products that have a long life cycle," says Owen Troy, Creative Director at Speck. "We have so many more iPhone cases because a single model of iPhone is in the world for three or four years, whereas any given smartphone is in the world and then immediately the next model comes out." Accessory makers benefit greatly from the stellar resale values Apple products exhibit, since they hardly depreciated over time. 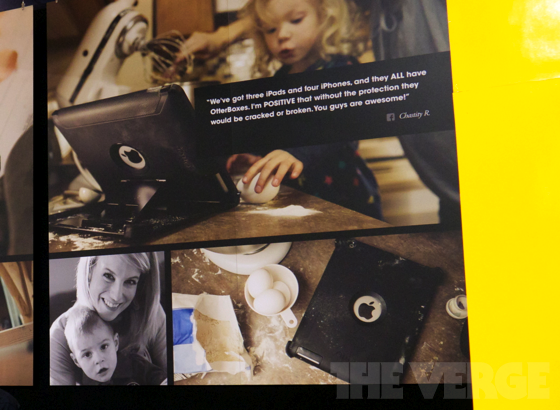 iPhone docks alone will account for $1 billion in revenue for the accessories industry, estimates ABI Research senior analyst Michael Morgan. When the iPhone 4 launches and continues to sell for at least a couple years to come, casemakers make more money. Case makers see much less of a profit opportunity when the Samsung Galaxy S II launches, looks different on every carrier, and disappears a year later.

A design simple to design for

Another reason the iPhone is such a golden egg for case makers is its design. "[The iPhone] is a simple device to make a case for," says Joel Martin, Director of Merchandising at online retailer Smartphone Experts. You end up with hundreds of thousands of cases that don’t look like crap when strapped onto your phone. "Female iPhone users probably have 25-30 cases," Martin jests. "They swap out all the time because they want different colors to match what they’re wearing." Other phones don’t invite nearly as much of a fashion statement, and thus don’t sell as many cases.

"All of these accessories see the end of their lifespan coming close when Apple changes connectors."

But Apple isn’t always predictable. Consumers seemed plenty disappointed this fall when the company unveiled its Lightning connector — a new standard that makes your old "dock" accessories useless — but the real pain was for accessory makers. "So many people made accessories like alarm clock towers and stuff," Troy says. "All of these accessories see the end of their lifespan coming close when Apple changes connectors." If Apple’s trademark 30-pin dock connector had changed each year, there’s no way such a lush variety of accessories could’ve worked with as many Apple products — the secret to success for docks, speakers, and iHomes. This is also the reason you don’t see many speaker docks for Android phones, but that’s about to change. 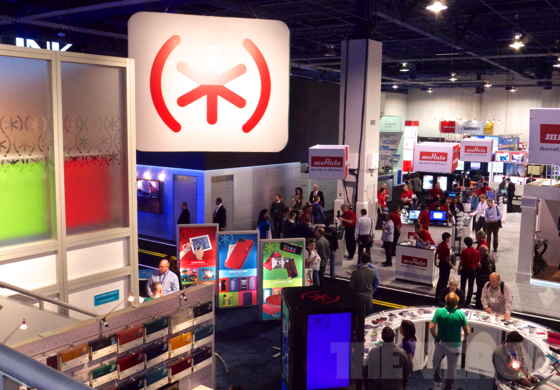 Rise of the Galaxy S III

"We don’t make anything for Windows-based phones," says Harris Bernstein, VP of Sales and Marketing at iWalk. "We want to spend our money on the things you know are going to be big: Note 2, Galaxy S III, and iPhone." Samsung, the largest seller of Android phones, is moving towards more consistent product cycles and phone designs, which will likely win it a greater variety of accessories from companies like iWalk. "One thing about the Galaxy S III that I noticed is that it basically took on a following like an iPhone. It has that presence," says Martin. "The Galaxy S III is the same form factors across all carriers, so they can make a ton of cases and it will cover a ton of people.

"We want to spend our money on the things you know are going to be big."

"I think a lot of it is that [the iPhone] is one form factor. A lot of these manufacturers think ‘I only have one form factor to deal with.’" While Galaxy S III accessories don’t work with as many products as "iPod / iPhone / iPad accessories," the sheer amount of Galaxy S III phones in the wild means that when you go to a friend’s house with your phone, they might have an accessory that works for you. These types of experiences incentivize the purchase of non-conventional accessories like speaker docks that are worthless if they only work with one kind of phone. 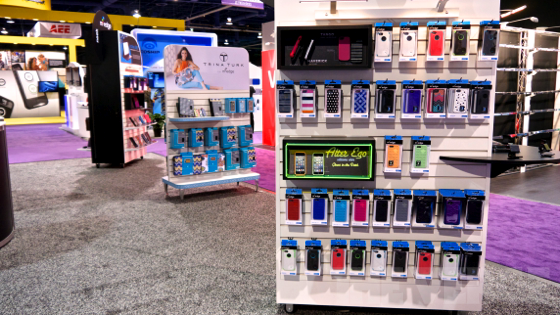 Show me the money

"One thing I can prove from my past is that Windows Mobile and Android users do not invest into their gadget that much," says Just Mobile Managing Director Nils Gustafsson. "For them, it’s often that the phone is a phone, and they’re done with it. They may get a case at the carrier where they bought the phone, and that’s it for them."

"We knew that people wouldn’t love us for being Just Mobile, they’d love us for supporting the Apple devices they love."

Samsung has sold a ton of Galaxy S III’s, but it’s tough to compete with the fact that 75% of people buying an iPhone also walk out of the store with a case. A genuine love for Apple products seem to guarantee accessory sales, Gustafsson implies. He previously sold Windows Mobile phone accessories, but the iPhone changed his mind. Just Mobile now produces a variety of aluminum products, like the Xtand MacBook stand and AluPen stylus for iPad, which prey on Apple fans’ obsession with Jony Ive-esque design sensibilities. "We wanted to create beauty on the desk. Every product has to be nice even when it’s not in use. When we started out, we knew that people wouldn’t love us for being Just Mobile, they’d love us for supporting the Apple devices they love," says Gustafsson. "At the end of the day, we do it also for money. What audience is really easy to target?"