Body request: give me back my fitness data

Body request: give me back my fitness data

The 'quantified self' is here, but I shouldn't have to ask for the quantities

At CES this year, a horde of companies brought devices that track every metric of fitness: steps, runs, weight, heartbeats, skin temperature, air quality, and even how fast you eat. Much of the choice seems to come down to ergonomics (wristband or beltclip?), and color (pink or blue or gray?), but there’s another important distinction that needs attention: does the data this device tracks belong to me, or to the maker?

The answer is obvious. Naturally, information that’s tracked about my aerobic activity and caloric intake should belong to me. But there’s an alarming number of fitness device manufacturers who have taken a walled garden approach — they want you to not just use their device, but also their proprietary syncing solution, and their app, and their website, and their other devices… and they want you to like it.

There must be hundreds of untapped possibilities for these devices

With almost all devices on the market, a user cannot access the raw movement data it tracks — it has to be at least uploaded to an app or website where it gets parsed and then shown to you in standard terms like "calories burned." This is fine for 99.9 percent of users, but I think the problem starts here. Even from a privacy standpoint, the idea that your data has to be uploaded to the internet, for someone else to churn and store before it can be accessed, is disconcerting. But from a hacking perspective, it bothers me that it’s nearly impossible for developers and tinkerers to get at all of the knowledge absorbed by these devices — while step and sleep tracking is fun, there must be hundreds of untapped possibilities for these cheap, always-on accelerometers we’re buying.

But this is a small quibble. The bigger problem is that with some of these services, you sync your data to a website, and then it’s stuck there. The biggest, baddest data wolves are Nike and Jawbone. I asked Jawbone what their stance on user data is, and they told me clearly that the Up fitness product is a "closed ecosystem," and that there’s no API of any sort. (Update: "An UP user's data is their own data, Jawbone is just the steward of that," says a Jawbone representative. For now, you can download Jawbone data via a cumbersome web interface, but an API is also forthcoming.)

Want to use Losit instead of Jawbone’s own calorie tracker? Tough luck. 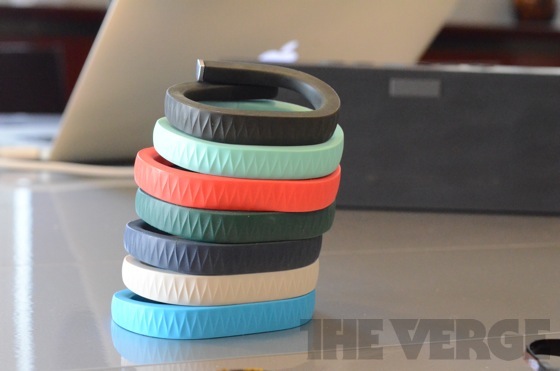 I was incredibly excited when Nike announced its FuelBand, because it can track activities like skateboarding, not just walking and running. Unfortunately, Nike picked a proprietary metric, "Fuel points," to represent that data, and doesn’t give you any way to take the data and use it elsewhere. The launch of Nike+ Accelerator is a promising sign, but there’s no guarantee that initiative is going to produce data that’s any more portable.

Want to use Losit instead of Jawbone’s own calorie tracker? Tough luck

The FuelBand does demonstrate an obstacle to sharing fitness data between device manufacturers: everyone has a different way of quantifying a step, a calorie, or a deep sleep. Almost all of these devices base their measurements on the simple combination of an accelerometer and a clock, but there’s no standard for algorithm accuracy — the only FDA-approved device I spotted is from BodyMedia, who claims best-in-the-industry 90% fidelity.

And combining overlapping measurements can be difficult. Withings is currently working on an API for importing data to its service. It works with limited partners right now, but an open API can make fidelity and "robustness" a problem — there’s nothing worse than getting home from a good run and your data not syncing. The Withings representative I spoke with compared the problem to merging contact data, and we all know how rough that can be.

But merging overlapping data sets also offers a way to improve accuracy, and since so many of these devices track similar metrics, it seems like wearing a couple of them could dramatically increase the quality of data you get — or help point out a flaw in one of your tracking methods.

Combining overlapping measurements can be difficult

Thankfully, Withings does offer an open API for getting the tracked metrics out of its service, and so far there are over 50 third-party developers working with that data — which should go to show how eager app developers are to make this data even more useful.

The gold standard right now, however, at least as far as top-tier manufacturers go, is Fitbit. Fitbit has open APIs for getting data in and out of its service, and syncs with a large number of popular fitness and health websites. You still have to upload the data to the Fitbit site to be parsed before you can make use of it, but after that the data is yours. 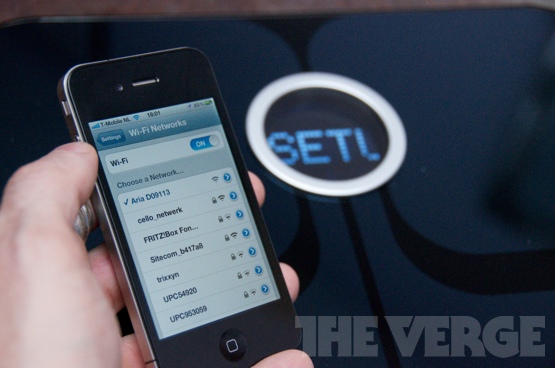 "It’s a big differentiator for Fitbit," says Amy McDonough, who works on building these relationships with other services. "The last thing anyone wants to do is to log-in two places."

Fitbit wants an "open ecosystem," and while neither Amy nor anyone I spoke to knew of any upcoming open standard for storing and sharing this data, a Fitbit-style API per service is a good first step.

Most other companies I spoke to either haven’t investigated an open API, or don’t want to invest the time and money one would require. Still, many are finding small ways to sync your data to third party services. Popular targets include MyFitnessPal, Run Keeper, SparkPeople, Losit, and Withings’ own service, and most manufacturers I spoke with promised to expand their offerings in the future.

Of course, without any standard to adhere to, each company has to reinvent the wheel when it comes to storing and sharing this data.

There is an non-profit organization called Continua Health Alliance, which promotes an interface standard that’s used by some personal medical devices like glucose monitors and blood pressure cuffs, but hasn’t had much traction in the area of personal fitness. Both Fitbit and Withings are "involved" with Continua, but neither has submitted a device for certification yet.

Barry Reinhold, president and CTO of Continua, admitted that there’s little motivation for consumer-centric manufacturers to be certified, because there’s so much profit to be had by locking users into vertical silos. But by adhering to Continua’s specification, the data that these fitness devices collect would be more usable to doctors, physical therapists, and coaches — which should hopefully motivate users to pick Continua-badged devices once they’re more widely available.

My data is my data

But while we wait for a standard format, an open API, or really any semblance of symbiosis in this industry, I think it’s important to remember that my data is my data. It doesn’t belong to a bracelet, or an app, or a company. While we wait for these services to evolve, we shouldn’t have to wait to access the data that’s tracked about our bodies.