Trent Wolbe will be publishing daily photo essays from CES. This is the latest in the series.

It was 2:57PM which meant Danny DeVito was 27 minutes late for his scheduled appearance at the Panasonic stage. That would have been OK if there hadn’t been two executives there in his place, talking alternately in sweepingly generic terms about the future of entertainment and confusingly specific details about year-over-year advancements in display manufacturing technology. The horde of photographers armed with heavy zoom lenses were getting visibly pissed off, and everyone else was playing Angry Birds. At 2:59 a comically horrid wave of probably-chili-induced flatulence entered my smell zone; a split second before I ran away forever the presenter finally announced the celebrity guest. 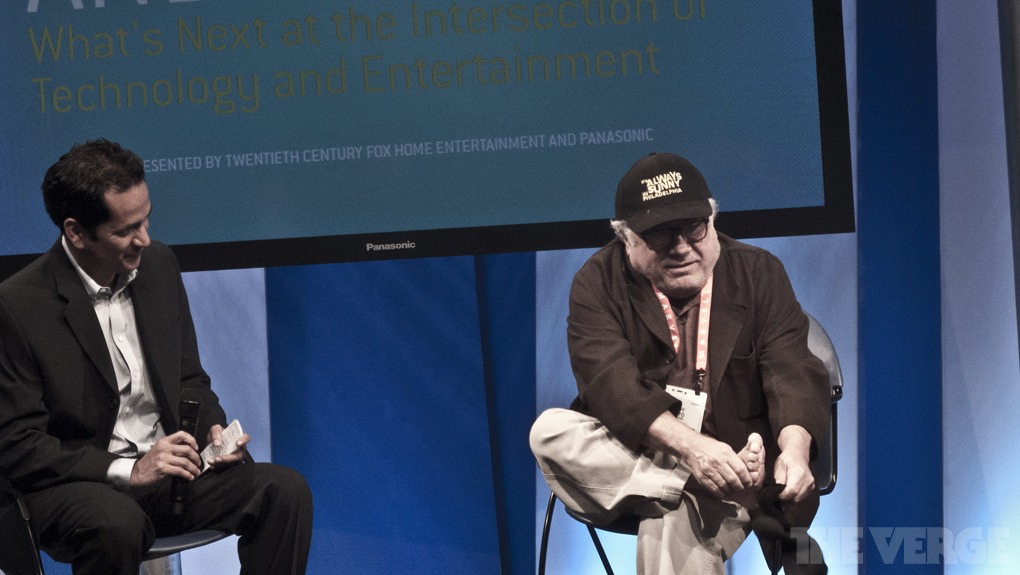 I found a less-fragrant spot on the floor and stood transfixed as Mr. DeVito went on to address a loosely technology-themed series of topics that ranged from the biggest problem in consumer electronics today ("Not enough pussy! No, really, the remote has too many buttons") to policing piracy ("You might as well tell a kid to not jump on the bed") and the future (voice-activated erection control). He took off his right shoe and sock, completely ignored his handheld microphone, and made a jarring reference to what was probably meant to be the Newtown massacre but couldn’t remember that it was called the Newtown massacre. He presumably had been booked in the interest of boosting sales of the Blu-ray re-issue of Hoffa, the 1992 film he directed, and he did talk about Hoffa a bit and it sounds cool and interesting and I will definitely see if I can torrent it later on tonight, but his biggest accomplishment was eliciting the only laughter I heard on the show floor this week. 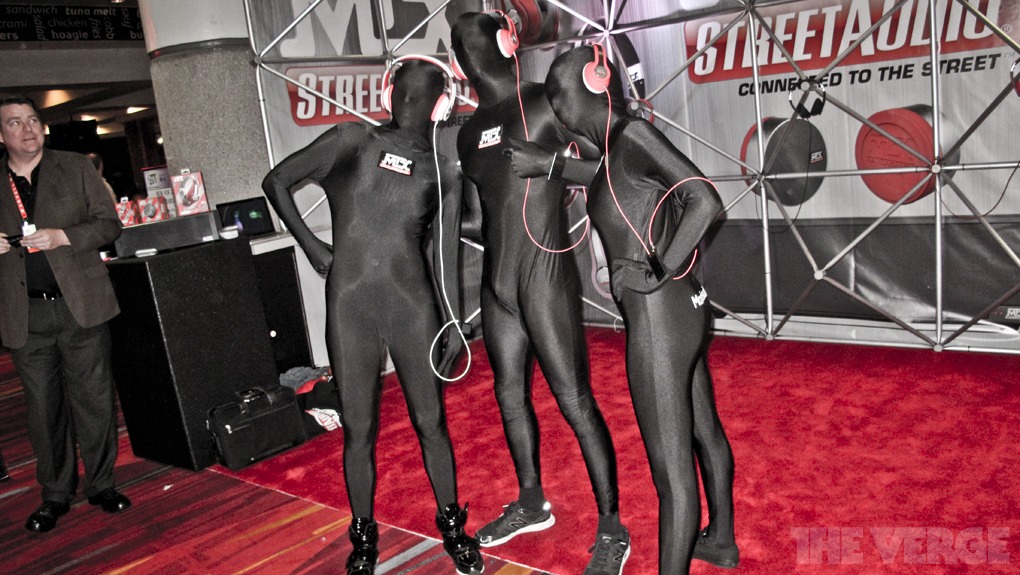 To wander around CES is to be flooded with the plastic emotional surrogates we normally reserve for our popular depictions of robotic servants. The Casio booth took the cake with a stage show fronted by a Sam Champion lookalike harping on the company’s pitiful digital signage initiative. His carefully-choreographed routine was a linguistic-tonal enigma: while grammatically perfect, accents constantly landed on wrong syllables and tones fell when they should have risen, causing declarative statements to be delivered as questions. If I hadn’t had my glasses on I would surely have thought this was an animated installation imagineered by Casio, its script generated from a pretty good Japanese to English machine translation. His female assistant could have been ripped straight of a hentai rag: indistinctly Asian features, the body of a supermodel wrapped in a kind of ballerina’s ball gown, the face of a fourteen-year-old, and a permanent grin through which no words escaped. As I inspected her over-lubricated eyes for any hint of sentience I realized she was nearly identical to the weirdest thing I had ever seen in my seven years of CESs. 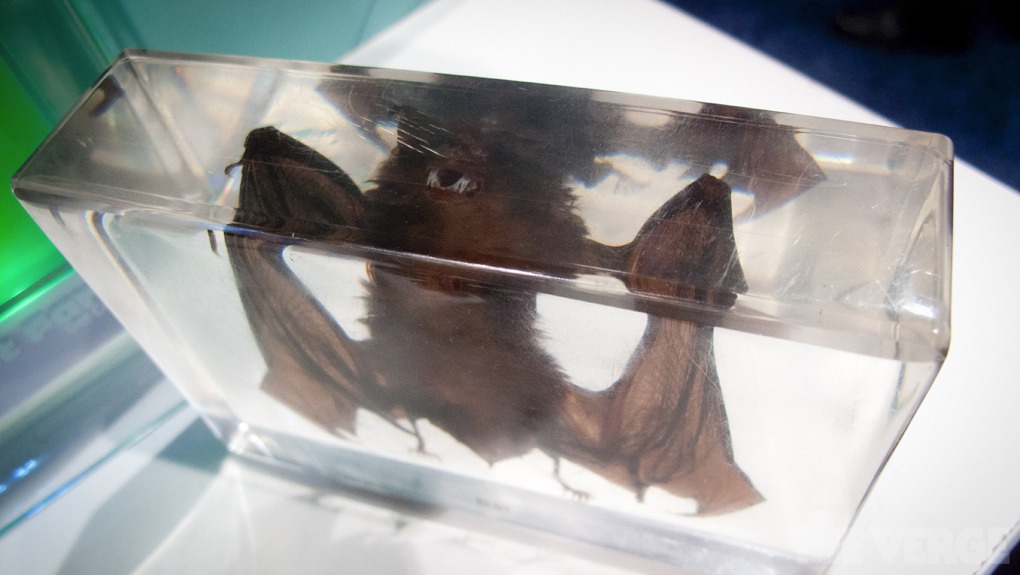 The AVN Adult Entertainment Expo had, before last year, taken place adjacent to CES, during the same week. It was kind of cute, actually, this yin and yang of exhibitionism maintaining balance in the Convention Center universe, their attendees finding strange and sometimes wonderful commonalities to revel in. 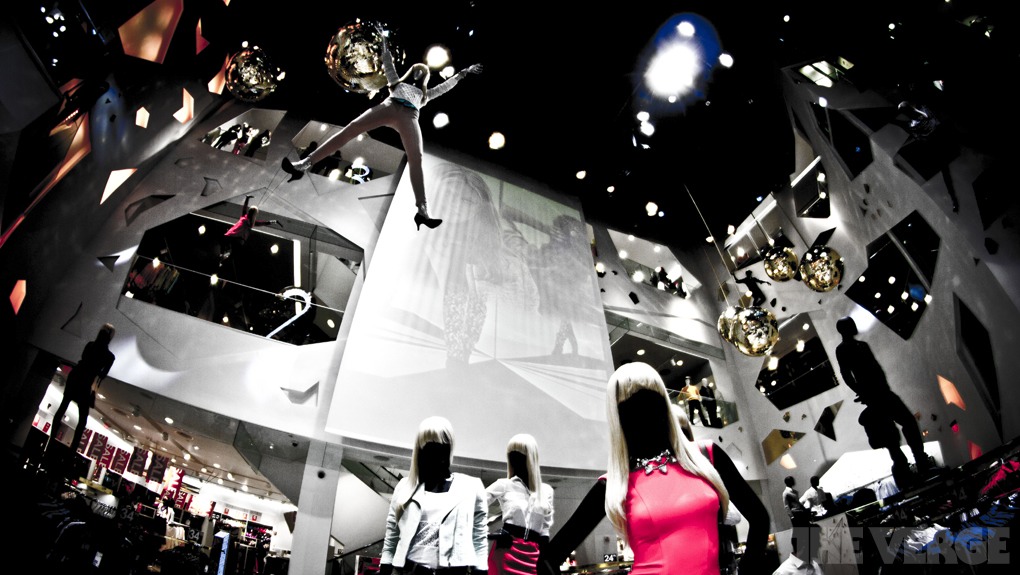 One day in January of 2009 I was returning to the show floor from the Hilton when I saw a man brusquely pushing a wheelchair down the sidewalk, which wouldn’t have been that strange if the person sitting in the chair wasn’t completely covered in a black sheet, like something you’d see in a haunted house. As he approached the herd of bloggers I was with he turned slightly to the right to avoid us, catching a corner of the sheet in the wheel, inadvertently pulling it slightly towards the ground. To our amazement the head and breasts of an extraordinarily-crafted RealDoll were uncovered, her mouth permanently agape, lifeless eyes in a vaguely-Asian juvenile face staring out into the desert. It was truly the story of the year, and the unwitting ghost of that sex toy lives on today, similarly android-esque, at the Casio stage. 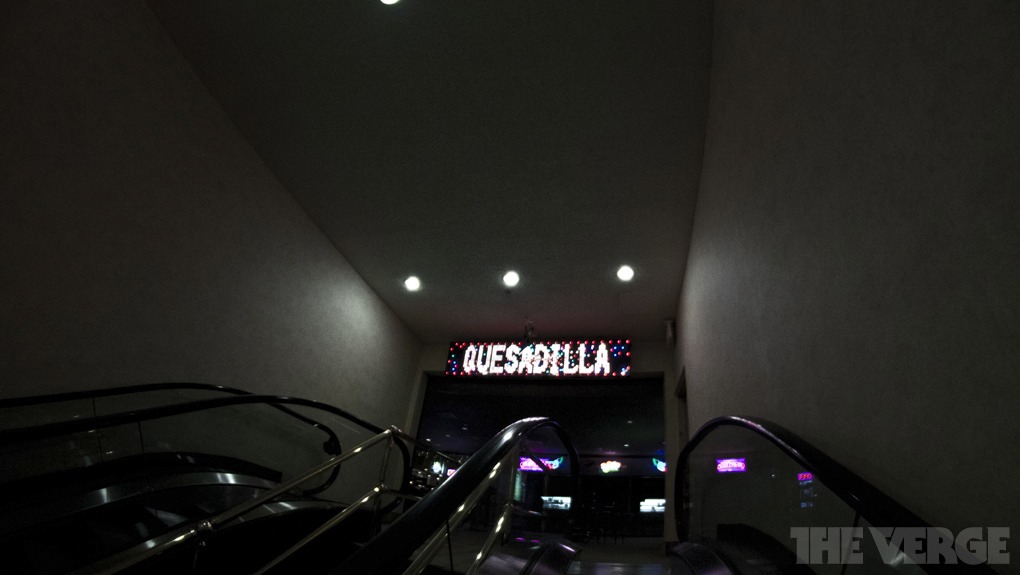 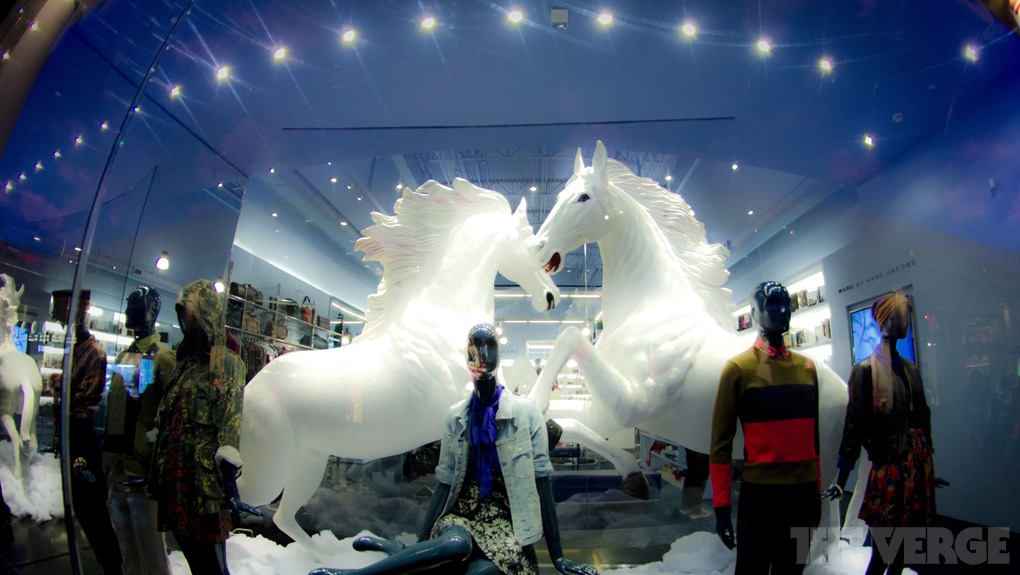 I know that the vast majority of people here are hired guns, just doing what they know how to do in the interest of feeding themselves or their kids or whatever, and while I’m blisteringly bored with the whole show I certainly can’t fault them for doing their jobs. I’m also aware that the number of CES attendees continues to grow significantly every year. But if it’s to survive in the long run, this particular exhibition needs to think hard about the very core of its existence and what it can do – besides adding more Danny DeVito – to re-invigorate its soul. Because I still care for it like the child of an addict cares for its wayward guardian, I would like to suggest that CES look at my favorite sales exhibition for soulful inspiration: HempCon. 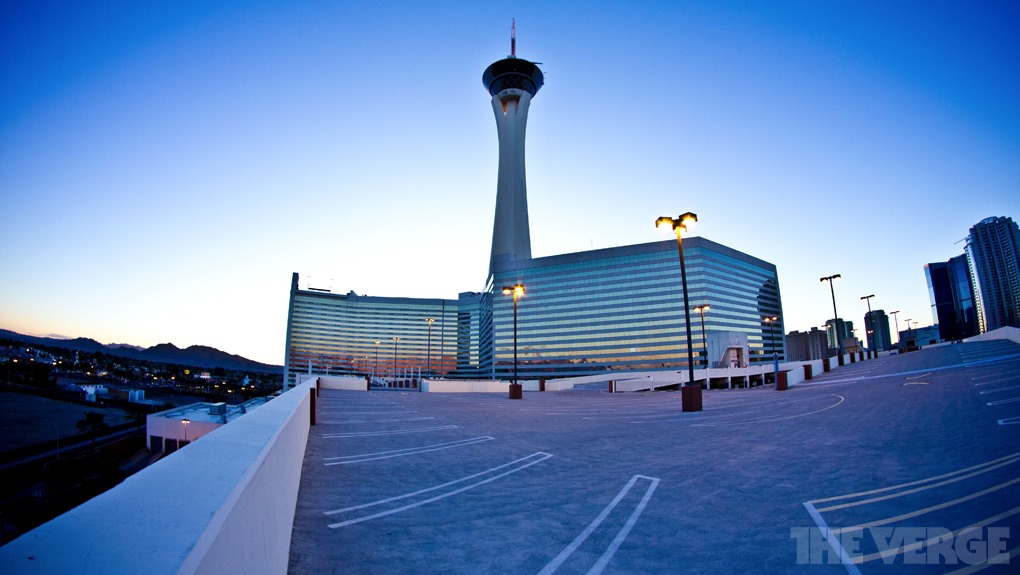 Although I’m not a huge fan of being high, I am a huge fan of weed culture. There is no group of consumers more fervently in love with their product and, more importantly in this example, the accessories they use to consume it. You’d think that people would run out of ways to consume cannabis after smoking it for thousands of years, but every year it returns to convention centers across California with new innovations that capture the hearts and minds of its devotees. Last year there were lively growing clinics conducted by real farmers, DJs intrinsically interested in the products they were hawking for, and enough smiles and laughs to make The Cosby Show jealous. 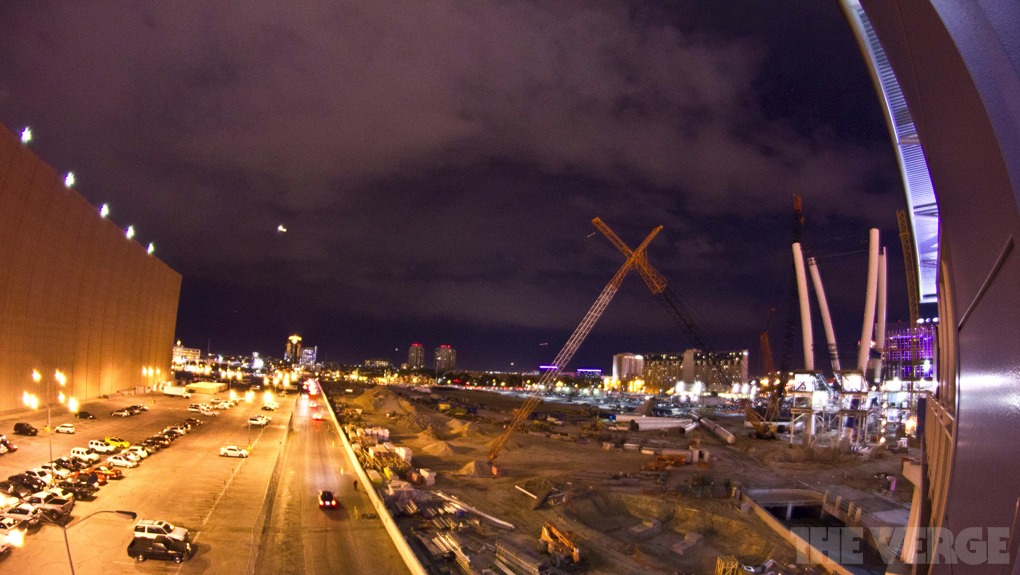 My favorite piece of gear was a handmade mug adorned an integrated pipe called, rationally enough, PipeMug, with the also-rational catchphrase "Sipppin’ and Rippin’." Another corner of the floor held prototypes for medical marijuana vending machines: I watched in awe as simulated jars of medicine fell into an opening like Coke cans at the push of a button. And, on a more traditional trade show tip, there were a handful of Russian models, nude except for weed leaf necklaces and painted-on shirts advertising the WeedMaps app, which is basically the Yelp of medical marijuana dispensaries. A group of raucous young women from Long Beach were the real gem of the show: they were there to peddle goods from their upstart kitchen, handing out medicated cookies and popcorn balls as they got super-low to dirty hip hop blasting from huge, blown out monitors. They even handed me a free green slushee as I was leaving, wishing me a merry Christmas. That was in the middle of May. 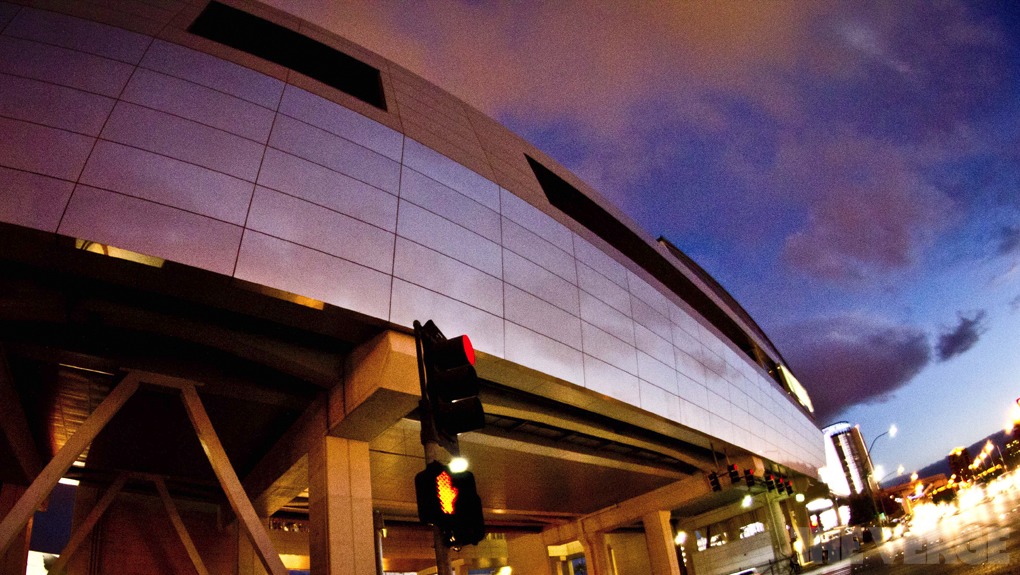 Until the singularity, humans will have to rely upon the soul to do most of its bidding. If the giants of consumer electronics industry wish to keep growing, our gear needs to elicit the same emotional response that weed and dirty hip-hop do. Dump your cash reserves into R&D to bring us insane materials we’ve never thought of, not the "make the screen bigger" department. If you don’t have anything new to sell, just tell us that last year’s model is still perfectly OK. Try to squeeze a DJ into a subwoofer. Shoot an iPad out of a cannon or invite a chorus of third graders to sing your corporate theme tones. Or take the wild leap beyond amusement and find a way to use your inventory to do something undeniably useful, not just for your bottom line but for the world at large. And try to make it come from the heart, because we can tell when that shit’s not real.