We all want good upgrades in every new version of iOS, I made ​​an iOS concept video last year thinking on these possible innovations and now I have adapted it for the iPhone's 5 screen and including some improvements, maybe something could appear in iOS 7. 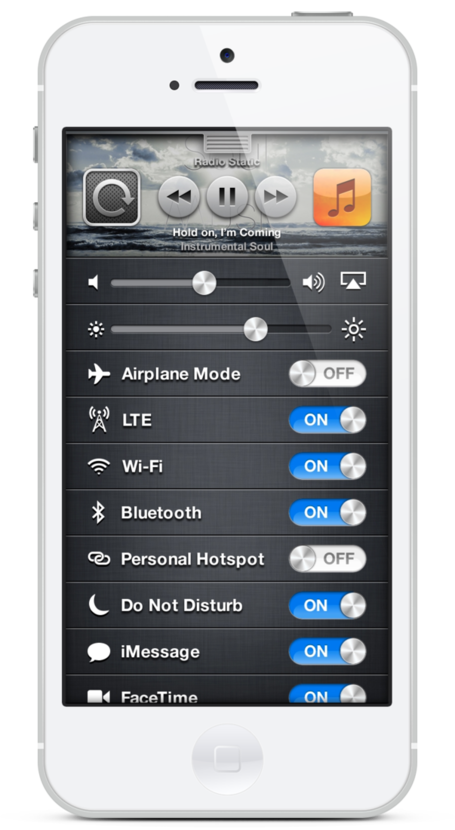 The inspiration came from the Siri information screen, the icons have been changed to the default settings that we have today, like volume and shine. When I built this concept i only knew the shortcuts in Android Notifications, but many people have told me that the Android have similar thing, and they were right, I found pictures of an app that has the same interface design and some functions. I'm being honest, would be more easy said that I copied it, but it is not the truth, maybe it means these function really works and is the right way to do, Notification Center is a good example.

Lists are an easy way to show preferences in iOS, the icon, the name, and the possibility to organize the list further to help you find the option you seek.

But why ... WHY ... there is one icon on the side of the iPod controls which is the option to lock the screen orientation from iOS 4 until today ... Apple chose to put this on the iOS because the iPad has it via a physical button and iBooks to be more usable need this option and it also help to use other apps, so Apple have put it with the iPod controls giving easier access, was a way to resolve a problem, it's just an icon with the same design of the settings app, it works because it is only one icon, if we put several icons together with similar colors and designs will create confusion, to use icons will need to be of different colors and contrasting designs helping to differentiate one from another, as in the App Switcher, but also have the problem of differentiating active and inactive changing the design or color, would probably be awful. I respect all who use and love the SBSettings, it works but is not the best example to follow.

I think the Auxo tweek from my friend Sentry is a good option for people who have jailbreak, the iOS system is modified on jailbreak and despite Auxo be more beautiful than truly functional in a normal system state IMO, but on jailbreak it will be more useful when system use more memory and dont have control of all that is running, and the users are used with SBSettings, it worth the money. 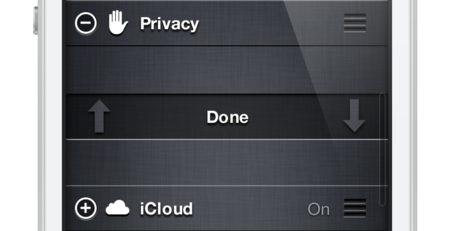 Always have some preferences that we do not use always but occasionally we need them, the editing mode functions as a hidden list of less used preferences, you can directly access the functions in this list without having to add it in the definitive list thus avoiding staying with a huge list that never use, if you need to use a preference regularly you can put it in the order you want in the definitive list.

When you are using an app the Quick Settings will show its preferences that are located natively in the settings app, making easy to make any changes you wish.

Nobody complained about having to open the App Switcher and swipe in order to access the Quick settings in my old Concept video, but I thought I could make it even easier by using a gesture almost forgotten in iOS, Shake! Just shake your device and it shows you the Quick Settings.

Resolving conflicts with the gesture

Text editors use the gesture as a shortcut to undo or redo.

Solution: The Quick Settings option will appear in the same popup that the app uses.

Applications that use this shake gesture to do something, or they can cause the gesture involuntarily (Nike running, Keep Walking, and others).

Solution: The developer will have to put a small piece of code in your app that warns the iOS if it can show the same popup as text editors or should not run the Quick settings panel. Will be possible to access it swiping in the App Switcher normally.

Often, we don't know if have more apps on the left side of the App Switcher after we go through various lists of apps and go back, today if we distract ourselves and go to the left we see only the iPod controls, but the Quick Settings would be a distraction to the we're looking on the App Switcher, because of access to a very different panel drawing our attention, the sliding cog have an elastic swipe to we access the Quick Settings only when it is really needed and not accidentally. To make sense of gear that appears in the App Switcher was made the animation in edit mode that shown the mechanism of which it is part and besides being an easter egg they also reveal the edit mode.

We can access the Quick Settings shaking your device wherever you are (Home Screen or Lock Screen, opened apps) swipe to the left in App Switcher where is located iPod controls, or in Lockscreen just swiping up the central tab, if just a little swipe or double-clicking the Home button it will show only the iPod controls, if using a passcode it will only shows the iPod controls and music volume on Lockscreen, and you can enter the passcode to access all the options. 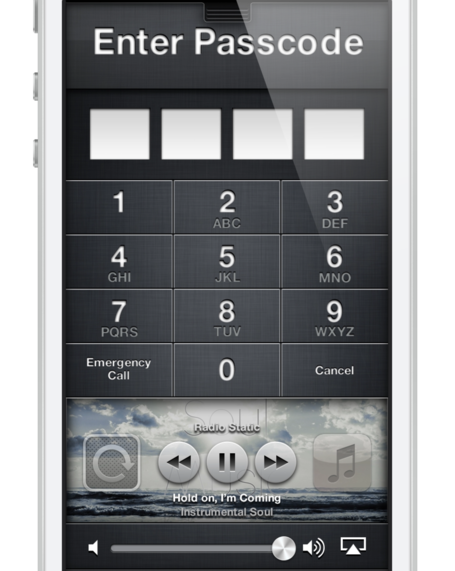 To exit simply slide down the lower Dock tab or the lower tab of Lock Screen. With two clicks of the home button it returns to the App Switcher (when on Home Screen or an app).

The Passcode Lock panel give us two new options, "Passcode to shut down" is to prevent an unknown person shut down our devices. The option to reset passcode with the Apple ID will help if forget the passcode, after you enter the wrong code three times will be asked if you want to use your Apple ID to reset the code, as is in Mac OS X. 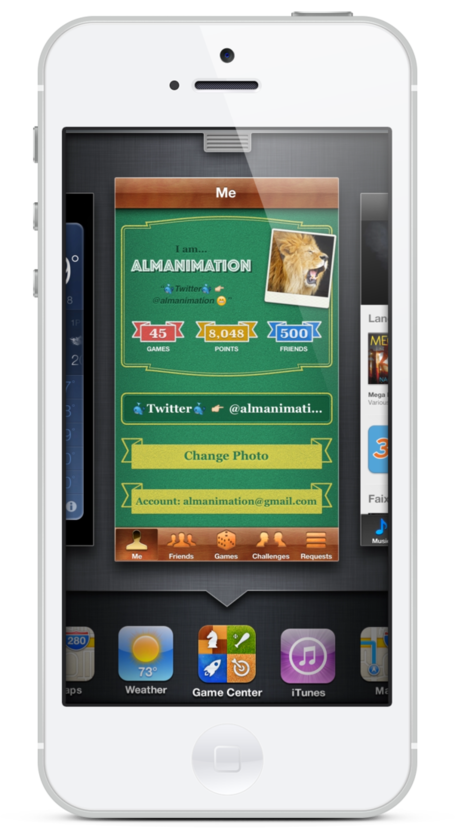 I always liked being able to view the content of apps without having to open one by one, as in WebOS or some tweaks of the cydia.

The iOS App Switcher we have today works great for what it propose to do, icons exist exactly to represent its programs, you look and know which program it belongs. The program window is for know what it is showing, with this content is that we recognise the program, it seems obvious but there are many people who do not want to understand it. A very small preview window does not help to see its content or recognise the program, but could confuse it, the preview window has to be larger to recognise and to read its contents, and must be hidden to don't distract, and be accessed only when needed.

The App Switcher can be accessed with a swipe up gesture on the bottom edge or double click on the Home button, it has the same protection of the Notification Center against involuntary gestures when playing games, with a short swipe up gesture you can access the default App Switcher, if you slide up the Dock tab the preview windows will appear above their respective apps (you can also swipe up above the icons to reveal the extended interface directly), sliding the icons you can do a quick search, sliding the preview windows you can see one by one.

The objective of iOS is that the user be just a user, the iOS manage the apps that stay open in the background, how long can stay and if they consume too many system resources iOS closes them, at least it was done to function this way and even with Apple having control of your system this stability has not yet been fully achieved, if Apple opens your system it will become impossible.

Most people closes the apps if the iPhone is slow, not by thinking it is opened, if you see the windows of 50 apps and you think that all apps are open but your iPhone is fast as if it had nothing opened you will only be astonished, will not try to close them all, and will comment to everyone: My iPhone another day had 50 apps open and was really fast.

Easier options to permanently close the apps goes unlike that the iOS proposes, if an app consumes a lot of battery, process or even being active in the background when it can't have do that it is a malfunction, if any app is not behaving the way that Apple defined that it behaves in iOS, contact the developer, if it detects that the problem is in the IOS he contact Apple, the developer needs the user to earn something with their apps and Apple needs to keep developers on iOS and also your customers satisfied with their iGadgets, if this does not occur the user changes his app or smartphone.

Sorry my bad english, hope I could explain. Thanks for your attention.