NASA's Earth Observatory this week released startling before-and-after photos of northeastern China, where residents in Beijing and other cities have been suffering from suffocating levels of smog and air pollution. The satellite images, embedded below, were taken from the same position in space, 11 days apart; the top photo was captured on January 14th, the bottom on January 3rd.

As the images make clear, Beijing has seen increased haze, cloud, and fog coverage over this period, though these formations are far from typical. NASA notes that the region's clouds and fog "have a tinge of gray or yellow from the air pollution," and that even cloudless areas captured on January 14th were blanketed in brown and gray smog, rendering cityscapes all but invisible from space. (For a better before-and-after visualization, see NASA's image comparison tool here.) 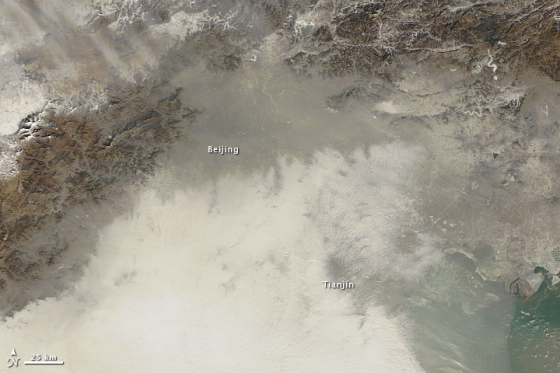 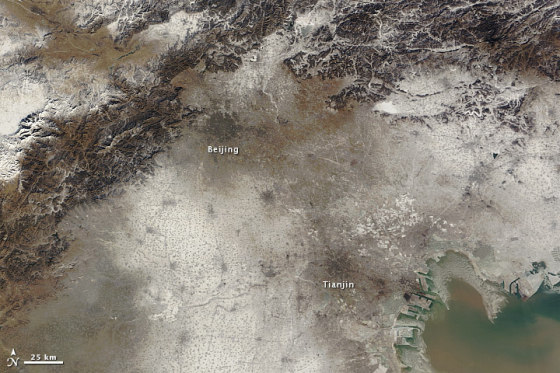 Perhaps most terrifying, though, is the fact that NASA's images weren't even taken at the height of China's smog crisis. When the January 14th photo was captured, Beijing's air quality index (AQI) stood at 341 — well above the 300 AQI threshold at which air is considered to be hazardous to all humans, but far below the city's high point. Conditions reached a nadir, in fact, on January 12th, when the AQI in Beijing reached a staggering 775. According to independent air quality monitors at the US Embassy, PM2.5 particle pollution readings in Beijing over the weekend were literally "beyond index."

In the past, the Chinese government has been reluctant to even acknowledge its air pollution problem; authorities only began releasing data on dangerous pollutants early last year. This crisis, however, has forced the government to take action, ordering factories to reduce emissions and spraying water at industrial buildings to help contain the haze that has engulfed the region. Schools, meanwhile, were ordered to suspend outdoor activities, as the government urged citizens to "take measures to protect their health." 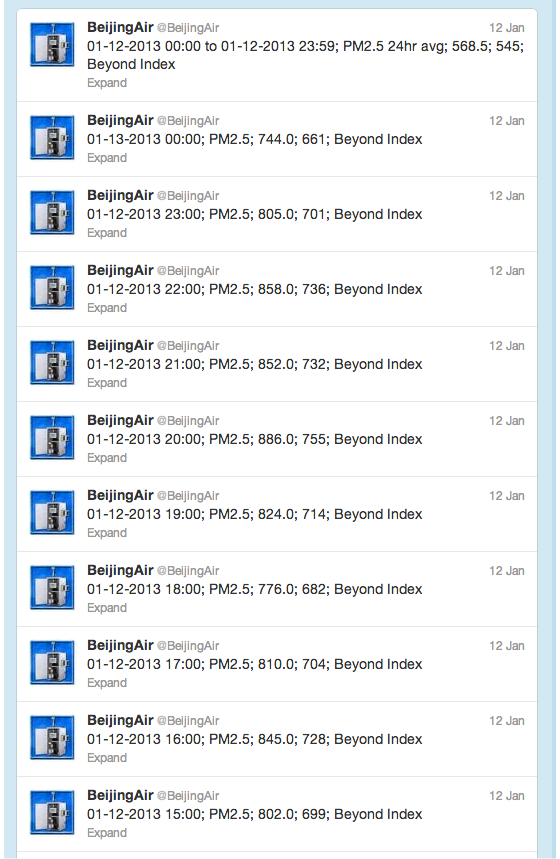