Share All sharing options for: A modern gaming ecosystem emerges, with Microsoft gone and Sony silent

CES is not a games show, as Sony CEO Kaz Hirai pointed out to us in our interview with him last week. That's his reason for the dearth of PlayStation news at CES this year — the PS3 and Vita were hardly even mentioned at Sony's press conference. And of course, Microsoft didn't come at all, so we weren't treated to any Xbox hype at the annual Steve Ballmer keynote (which was replaced with a mind trip from Qualcomm).

And yet, this sure was a great CES for gamers. We got the new high-powered Tegra 4, Exynos 5 Octa, and Snapdragon 800 chips, which are exciting in their own right, and Nvidia's Shield handheld gaming console to make use of this new-gen ARM power directly. Ouya makes a home console out of Tegra 3, and people seem to love it. After a long rumor cycle, Valve finally confirmed the Steam Box, which has the best shot yet of bringing PC games into the living room. And then there's Oculus Rift, which offers a revolution in how we play these games. 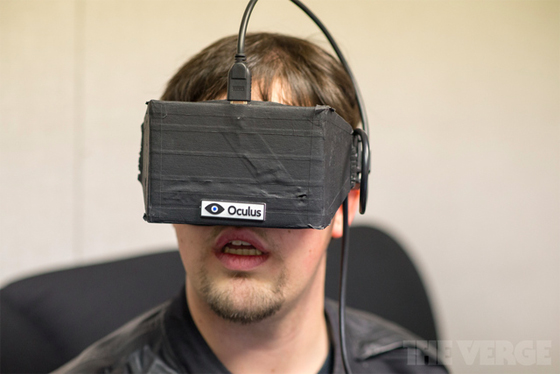 These devices and technologies, all in their own way, reflect a shift in the game industry — one that Sony, Microsoft, and Nintendo have yet to catch on to. These are devices and services that are built around the games people already have, or the ecosystems they already use, like Android and Steam, and making them better. The console model is about giving you new hardware, and expecting you to buy into that ecosystem to enjoy it.

It's easier to forgive Nintendo, because it's never pretended to be relevant as a "consumer electronics" company, but it's odd that Microsoft and Sony are having so much trouble understanding this trend, or battling it. They might want to save their gaming announcements for GDC and E3, but in the meantime their turf is going undefended here at CES.

Sony has been upfront with us that Vita sales have been lackluster, it won't speak of its Gaikai game streaming service, and Sony's PlayStation digital platforms guy, Jack Buser, told us that Sony "just launched" PlayStation Mobile, which is a sad sort of news for a service that was announced in January 2011.

Microsoft's problem is that while it has the de facto standard in online gaming, Xbox Live, it hasn't figured out how to fully leverage that in mobile yet. Meanwhile, new games, gaming services, and networks can blossom on Android and iPhone, without juggernauts like Xbox Live and Halo to compete with.

But Sony and Microsoft have a lot more going on than mobile right now. They're presumably building a new generation of home consoles, to replace the aging PS3 and Xbox 360 — which were released in the middle of the last decade. Myriad rumors point to the Xbox 720 being announced in the next couple of months, in preparation for a holiday release.

Sony, meanwhile, has been extremely tight-lipped about a PS4, and some in the industry think it means Sony might not be prepared to release a next-gen console this year. Even if the PS4 does get released this year, the later developers are brought in on it, the worse the launch titles will be. 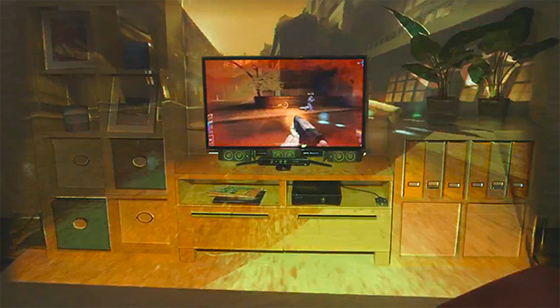 Naturally, we asked Kaz Hirai about a PS4, and he gave us the old sidestep of the PS3 being on a 10 year lifecycle. Obviously he doesn't mean to say that we won't see the PS4 until 2016, but he does mean to imply that there isn't any hurry. What's crazier is that Sony is telling us that the Vita is on a 10 year lifecycle as well.

I just don't think Sony can afford that glacial luxury anymore, especially not in mobile. Thanks to contract subsidies, US consumers pay $199 every two years to buy phones worth $500 or $600. Amazon is bent on giving us good tablets for less than $199. This is wild consumer behavior when juxtaposed with the $300 or $400 someone might spend on a new home console every seven or eight or nine years. In a year, ARM chipsets like Tegra will likely match the Xbox 360 for power — and who's to say they won't catch up with the PS4 and Xbox 720 a few years after that?

Consumer electronics can play games, too

And even if Sony and Microsoft's upcoming consoles keep a hardware edge for a while, the archaic method of closed ecosystem game distribution is already being threatened by the app store model. PlayStation, Nintendo, and Xbox have worked hard over this past generation on online distribution, but they still pale in comparison to Apple's App Store and Google Play. For the price of a 3DS or Vita game, you can get a dozen good iOS or Android games, and they'll work on the next tablet you buy, and the next one after that. What happens when a Steam Box as good as a next-gen console hits the market? Am I supposed to feel loyal to Xbox or PlayStation after years of high prices, bizarre fake currencies, slow approval of game updates, an indie barrier of entry, and a high hedge to the larger world of games and communication available on the PC?