'Final Fantasy: All the Bravest' is Square Enix's first 'true' iOS game — for better or worse

Share All sharing options for: 'Final Fantasy: All the Bravest' is Square Enix's first 'true' iOS game — for better or worse

Square Enix published mobile games on Apple platforms before that was even really a thing — witness Song Summoner and Crystal Defenders, two of the few notable third-party releases for click wheel iPods — so it's been disappointing to see the Japanese RPG giant's approach to the App Store. The company tends to release straight iOS ports of older games and often charges premium prices for separate iPhone and iPad versions, such as last year's repackaging of The World Ends With You. Other recent efforts, such as rhythm game Demons' Score, rely on outrageous in-app purchase schemes. But a new game released today, Final Fantasy: All the Bravest, marks a somewhat different approach for the company. It's a truly native mobile title at a fairly low price — with all the positive and negative baggage that entails.

All the Bravest is a reference to the Final Fantasy series' famous Active Time Battle system, where players select commands from a menu that play out in pseudo-real-time based on the characters' speed. In All the Bravest, that system is reduced to its purest essence. The right side of the screen shows your party, which can be up to 40 characters strong, and you attack the enemies on the left simply by touching party members — there aren't any options for selecting different attacks, magic, and so on. Once a party member has attacked, you'll have to wait for their energy meter to recharge before touching them again; what little strategy the game possesses comes from the different recharge times taken by different character classes. You can play the game entirely with one thumb, and while the game is undeniably shallow, it's pretty fun trying to find new "paths" of active members by sliding across the screen.

There's a pleasing dissonance to the chaotic gameplay and primitive visuals

That's about it as far as gameplay mechanics go, but special mention must be made of the presentation. Square Enix could never be accused of not knowing how to play on nostalgia, and to that end All the Bravest is a great homage to the series' 16-bit days. Character sprites look like they've been taken straight from the Super Nintendo, albeit with pixel-perfect Retina display scaling, and the music is as lo-fi as you'd expect. There's a pleasing dissonance to the chaotic gameplay and primitive visuals — a SNES definitely couldn't have pushed this many characters at once. Most people who played the games from this era will get a kick out of finding out which enemy or party member is next up, and there's even a catalog where you can see how close you've come to completing the game's extensive roster and bestiary. Unfortunately, this fan service doesn't go as far as differentiating the characters very much in the game itself — Final Fantasy stalwarts will probably wonder why you have to use your White Mages to attack enemies rather than heal fellow party members.

The problem, as ever with Square Enix titles on this platform, comes down to pricing. At $3.99 for a universal app that runs on iPhone and iPad, All the Bravest is certainly at the low end of the company's mobile lineup, but you're never far away from being nudged into making an in-app purchase. If your party is wiped out — which first happened to me after playing for half an hour or so — you can use an hourglass power-up to bring all the characters back into battle. You only have two of these to start off with, however, and have to buy more starting at $0.99 for three.

While you do earn in-game currency while playing, this appears to be nothing more than a score counter; hourglasses can only be bought with real money. And, while you theoretically could get through the game without requiring one, there's so little skill involved to the gameplay that I can't imagine that being the case for anyone. As with the main Final Fantasy games, boss fights often come down to a war of attrition against huge health bars — except this time, there's zero scope for strategizing around it. There is, at least, a Fever mode which comes around once every three hours and lets you attack your enemies without needing to recharge your energy bars.

Otherwise, your options for getting through a tricky boss come down to buying $0.99 "premium" characters in a random lottery, a distasteful in-app purchase model that's been hugely profitable in Japan for social game publishers like GREE and DeNA. These characters — I bought three and ended up with Terra from Final Fantasy VI, Kain from Final Fantasy IV, and Snow from Final Fantasy XIII — are much more powerful than your standard monks and mages, and there are 35 in all. Final Fantasy fans may be tempted to see them all, and it's fun to see characters from the later games rendered in cute 16-bit form. But couple these purchases with three additional level packs that go for the same $3.99 as the base game itself, and you're looking at over $50 before you've even splashed out on an hourglass — a fairly ridiculous sum for a game with less depth than Angry Birds. 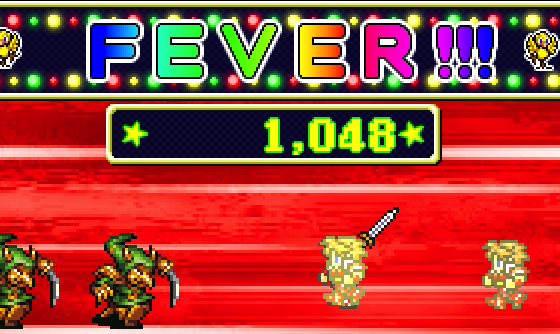 It's hard to know how to recommend Final Fantasy: All the Bravest. On one hand, it's a simple and mildly addictive game that leverages Square Enix's considerable history in a fun, stylish way — many will find this a more palatable subway game than one of the company's overpriced iOS ports of a DS port of an old Nintendo release. On the other, it's an equally cynical cash grab in many other ways that never lets you kick back and forget about handing over more money, which is an unfortunately common trend among mobile games these days.

As it turns out, All the Bravest is little more than a melding of Eastern and Western microtransaction models dipped in a vat of RPG nostalgia. For Final Fantasy fans after a fun blast of retro memories to waste away a few minutes for a few days, it might be worth the initial price of entry. For everyone else, it's probably better to stay away.