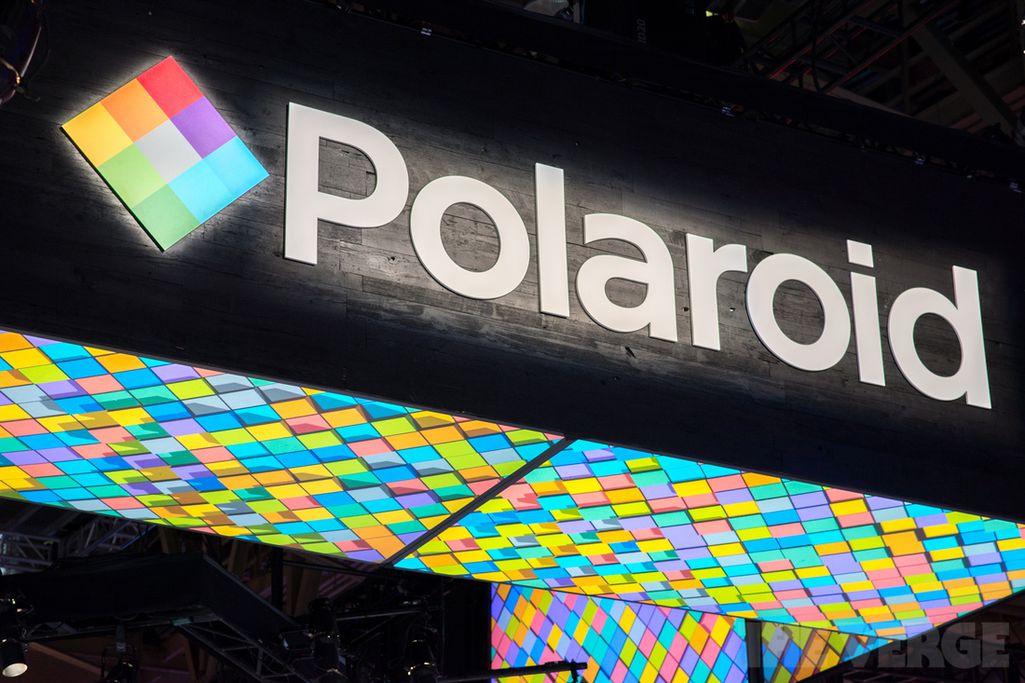 Polaroid and Technicolor are known as trailblazers that grew into iconic American brands. However, both companies have gone through so much trauma over the last decade — bankruptcy, new ownership, and general identity crisis — that their modern incarnations bear little resemblance to the originals.

This was evident last week in Las Vegas at the Consumer Electronics Show, where the two companies showed off their very different strategies. While Polaroid is hoping to coast on its brand name as long as possible, Technicolor is wildly swinging for a new hit. 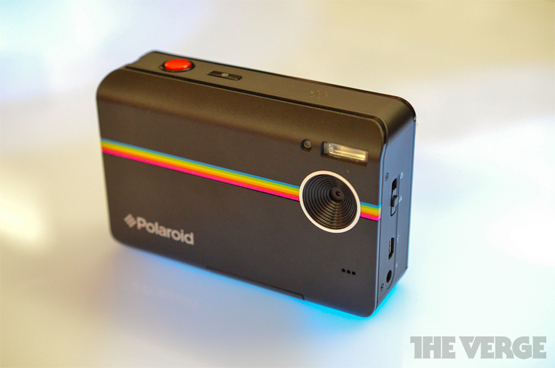 Polaroid's presence on the trade show floor was a contender for most depressing. This year is the company's 75th anniversary, so about half the booth was devoted to a miniature museum of vintage cameras and other ghosts of Polaroid's past.

Unfortunately, the company's triumphant history was juxtaposed with this year's lineup of also-ran cameras and tablets. Polaroid's flagship device, an interchangeable lens camera powered by Android, turned out to be scarily dysfunctional given that the product is supposed to hit the market in February. The casing was cheap, the software kept freezing, and the actual camera app just... didn't work. At all. "Where Polaroid promises a fun, inexpensive, easy-to-use compact system camera ‘for your mom,' what's actually on offer is a hollow, plastic, inoperative piece of landfill debris," wrote The Verge's Jeff Blagdon.

It's sad to see such a poor showing by what was once a bastion of creativity. Polaroid's legendary genius founder Edwin Land produced the first polarized glass back in the 1930s, a revolutionary invention that eliminated glare and reshaped scientific thinking about the behavior of light.

Popular Mechanics wrote breathlessly about the technology after a live event in 1936 that demonstrated "a unique glass which polarizes light and is known as Polaroid." The magazine described Polaroid's potential for automobiles, sunglasses, photography, and the US military. About 10 years later, the Polaroid Corporation hit another home run with the instant film and cameras that became its legacy.

Unfortunately, the company has become a shell of its former self. Polaroid took a beating from the emerging digital camera market and filed for bankruptcy in 2001 after racking up $1 billion in debt; it restructured with new owners, then filed for bankruptcy again in 2008. Through these reorganizations, Polaroid's assets have been auctioned off and scattered to holding groups and bankers. Even its collection of prints by famous photographers was put on the block. The story is a lot like that of its competitor Kodak, which is in dire straits after filing for bankruptcy a year ago — after selling off its patents and discontinuing its printer business, it's unclear what Kodak will produce going forward.

As Polaroid got chopped up into bits, its name became its most valuable asset. In 2009, an international conglomerate called The Summit Global Group purchased the rights to produce and distribute Polaroid-branded digital cameras and other frontline products. In 2012, Polaroid partnered with UK chain Asda, agreeing to slap its brand name on whatever random electronics the Walmart subsidiary chooses. That crappy interchangeable lens camera that debuted at CES was produced under the Polaroid name by Sakar International, which also makes products for Kodak now.

"Across several generations, people regard Polaroid as one of the most trusted, well-respected and recognizable brands when it comes to technology," reads the release announcing the partnership between Polaroid and Sakar. "People can expect to see new Polaroid products that will deliver the fun, instant gratification and value that the brand has long stood (sic)."

Polaroid's hubris was assuming that customers would always want a physical copy of their photos, which allowed the company to become too dependent on its instant film business. The digital photography market slipped away from Polaroid even though the company had some of the top selling digital cameras in the 1990s. "It's amazing, but kids today don't want hard copy anymore," Gary DiCamillo, Polaroid's CEO from 1995 to 2001, said in a 2008 interview at Yale. "This was the major mistake we all made."

It's too bad the company has no institutional memory left after being watered down so many times. After aiming its pitch at hipsters (Lady Gaga sponsorship!) and then at "photo-happy moms," Polaroid seems like a company adrift, and the dissolution continues with every new licensing agreement. Amazingly, Polaroid has turned again to hard copies as an effort to get its groove back, announcing a plan to set up physical stores where customers can edit and print their photos (branded Polaroid, in partnership with Fotobar). When Polaroid first filed for bankruptcy, the New York Times wrote that "most experts predict that Polaroid will never emerge." At what point do you say, do not resuscitate? 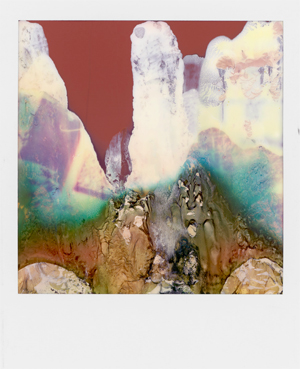 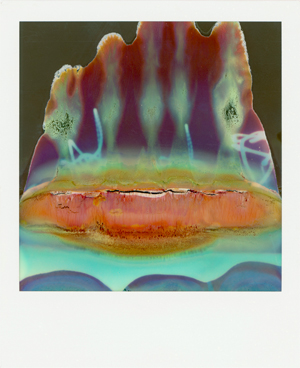 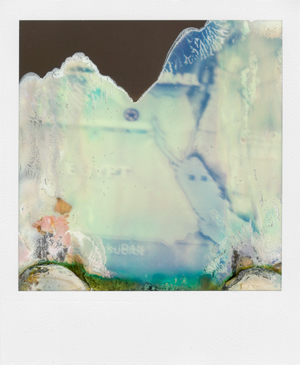 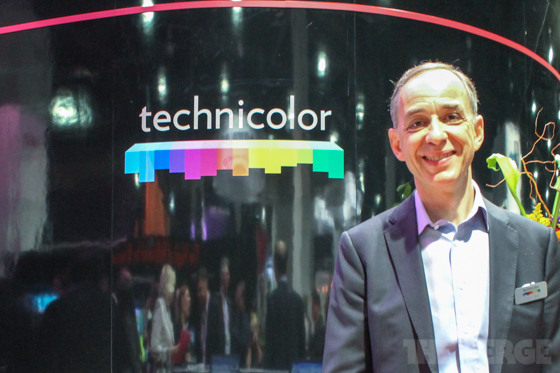 Technicolor is another relatively ancient brand that has had a messy route to modernization, although it's in much better shape than Polaroid. Even though the name is still associated with the hyper-realistic coloring in The Wizard of Oz, the 97-year-old company is a staple in Hollywood and works on blockbusters including Skyfall and the Harry Potter movies.

Today's Technicolor, however, is a gross mutation of the small post-production shop that grew up with the film industry. Technicolor was rolled up into French conglomerate Thomson Multimedia amid a flurry of similar acquisitions in 2000. After filing for bankruptcy in 2010, Thomson changed the entire operation's name to Technicolor.

Technicolor had a prominent booth in the Central Hall at CES — the company has the same spot every year, reps told The Verge — but the display was a schizophrenic madhouse. First we were ushered into a pop-up living room demonstrating Technicolor's new software Qeo, which promises to connect your doorbell to your television to your thermostat. There was a lot of emphasis on Wi-Fi-enabled, smart home devices in this year's trade show — it was just surprising to see this as Technicolor's flagship demo. The product the company was promoting the hardest was also the most off-brand.

Later, we walked back into the entertainment world. Technicolor's other inventions are more in line with its traditional business: helping people make movies. We clamped on a polygraph-like finger sensor that measured our physical response to an emotional rollercoaster of a video that mashed up images of rollerskating babies with polar bear corpses falling from the sky. Technicolor invented this "advanced biometric technology" for use in the development and distribution of movies, commercials and TV shows.

That's not all. Technicolor is also developing a drone that will optimize camera movement during shooting, as well as cutting-edge video editing technologies that are more in line with what the company is best known for. Technicolor is also hoping to help people consume movies, with a Netflix-like service called M-GO and an ongoing effort to push into set-top boxes.

If you're wondering where this eclectic mix of technologies is coming from, it's interesting to note that the French government just re-upped a 35 percent research tax credit for the next five years. Technicolor cut the ribbon on a 550-researcher facility in Rennes in November.

The company has been putting a lot of resources into research and development for years, however, often filing patents for patents' sake. At the end of 2010, Technicolor had some 40,000 patents. Patent licensing brought in €128 million (about $170 million) in the third quarter of 2012, accounting for about 28.5 percent of the company's total revenue that period. However, about half of the income from licensing comes from patents related to the MPEG format, many of which expire between now and the end of 2015. Technicolor hopes to replace this revenue with patents on 3D imaging and other technology. The company is also carrying €1.2 billion ($1.6 billion) in debt and recently had to seek outside investment.

"What is the company about? We're about technology. When you work in technology, you have to think five years ahead," CEO Frederic Rose told The Verge. "Our biggest asset is our patent portfolio, but we're not a patent troll. We consider ourselves to be an innovation company. What we're trying to do is just come up with innovations that really address tomorrow's problems, things that people are not clear about yet."

Polaroid has survived on the strength of its brand name, while Technicolor is being kept afloat by its intellectual property portfolio as it scrambles to find the next big thing. Both companies are branching out into radically new products. Even if it seems like it's throwing spaghetti at a wall, Technicolor is at least trying to preserve its legacy of innovation. That strategy could actually bring the company back to its former glory. By contrast, Polaroid's strategy of indiscriminate licensing seems on track to suck all the value out of the brand until nothing is left. 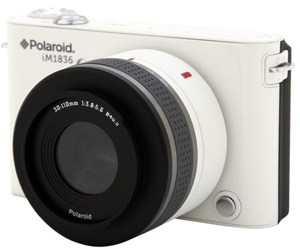