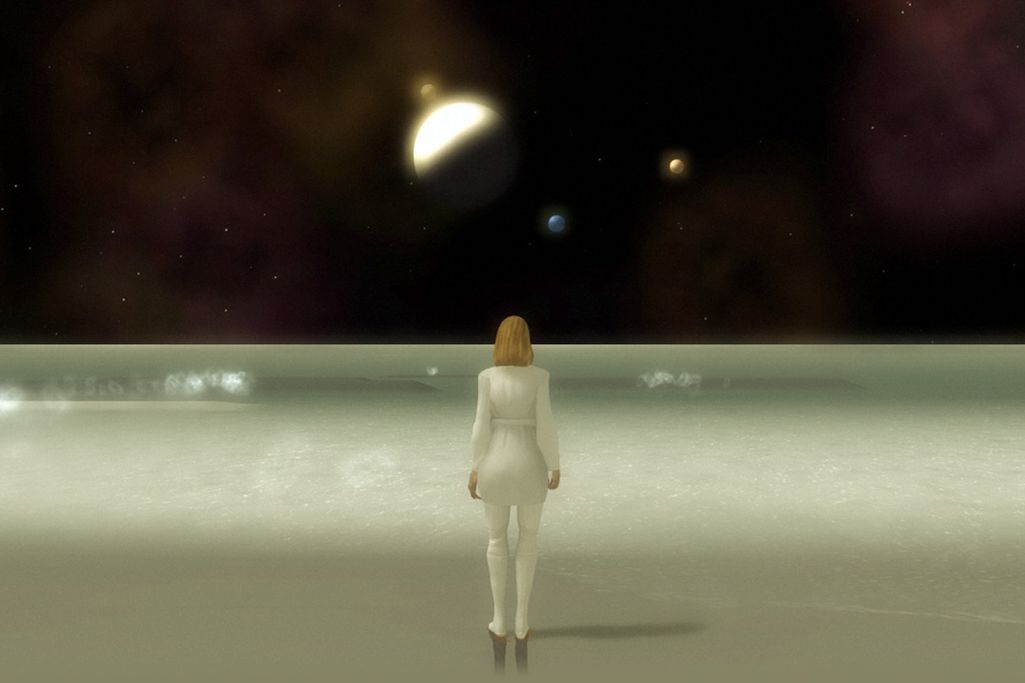 On paper, Bientôt l'été doesn't sound too exciting. The latest release from Tale of Tales, the studio behind releases like The Path and Fatale, involves little more than walking around on a beach, collecting words, and drinking wine. Lots and lots of wine. It's available now on Mac and Windows as both a $10 download and in a $40 "extravagant edition" that comes with higher resolution textures and, at some point, a copy of the soundtrack. But the fact that it's so hard to explain the game in words — or at least make it sound exciting — isn't necessarily a bad thing, according to its creators.

"I like to think that this means that we have really used the medium's own strengths," says Michaël Samyn, co-founder of Tale of Tales. "There is no other way to experience Bientôt l'été than by playing it. No pictures of it and no descriptions of it can replace the actual experience, or even suggest it. And if this is true, it's a very good place to find ourselves in as creators, even if it makes marketing more or less impossible."

Bientôt l'été is a game about relationships. There really isn't much in the way of challenge, instead it's about absorbing the wonderfully weird and beautiful atmosphere and interacting with others. As you walk along a largely empty beach you'll come across phrases inspired by the work of French novelist Marguerite Duras. You can then take these words to a cafe where conversation with another player — either a real live person or, if no one is available, a computer-controlled AI character — becomes a literal game of chess. Each time you move a piece you're able to choose one of the phrases you've collected, and you take turns exchanging words, though you can't really win in any sense. There are also options to take a sip of wine or smoke a cigarette.

Because of the random nature of the phrases, the conversation can end up jumbled, creating the feeling that the two people on screen aren't so much talking to one another as at each other. Other times, there's a lovely, sad sort of serendipity to the conversation. "What are you crying about?" one character might ask, while the other replies "I would like another glass of wine." This randomness isn't accidental, and is directly influenced by Duras' work. Describing the dialog found in Duras' writing, Samyn says:

"Very often you will find two people talking to each other but it always feels like they are not responding directly to what is being said, or that they have their own train of thought that they are following. And yet a certain tension is created. A feeling of contact, of connection. After awhile, you start to realize that the connection between the two speakers actually becomes deeper thanks to the seemingly disrupted dialog. It seems like they have found a way to be together through language but that goes beyond what a conventional use of language would allow for."

When you run out of things to say you can head back to the beach to collect some more. Occasionally you'll run across ghostly images of seemingly random objects, like an old radio or a pile of dead birds, and if you get close enough to touch them they'll disappear, leaving behind a new piece for your chess game. If you walk far enough along the beach you'll find a bench, where you can sit and simply enjoy the view for as long as you want. The vastness of the empty beach is reminiscent of the desert in thatgamecompany's Journey — aside from the cafe and the benches, all you have to accompany you on your long walks are the rolling waves, a few seagulls, and your thoughts. Heightening the otherworldly feel is the constantly changing sky, which regularly shifts between bright reds and yellows and a stark blackness. You can watch the moon rise and fall in a matter of seconds. 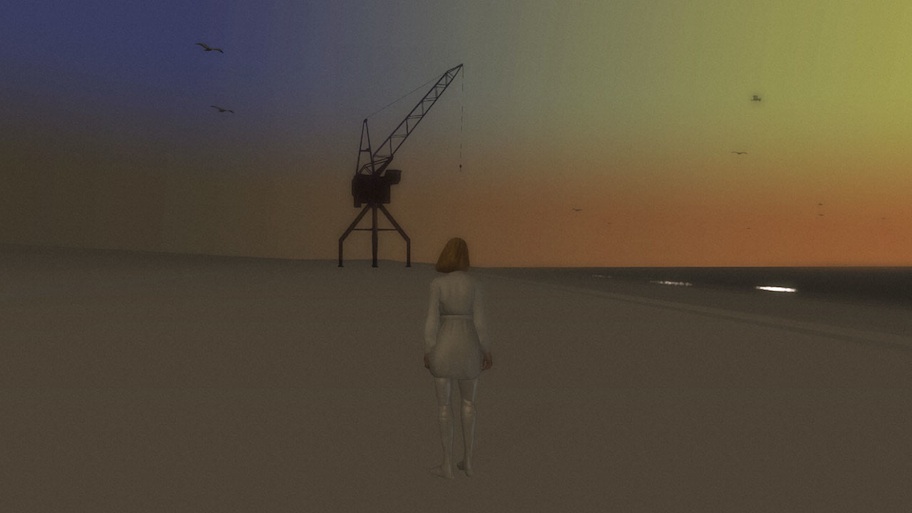 There aren't really any goals, or anything resembling a game-like structure. This, combined with the relatively barren world you're left to explore, may bore those used to more traditional game experiences, but it's exactly what Samyn was aiming for. "Bientôt l'été doesn't feel empty to me. This is because video games are not just a visual medium. The sensuality of the interaction and the animation and the auditory effect of the music and the sound make the experience feel complete and full to me."

While much of the game involves a random conversation between two strangers, Samyn says that at its core, Bientôt l'été is about love. "Not simply falling in love or breaking up," he explains, "but the complexity of being together, the tension between human beings who feel somehow attracted to each other. And how, if you step back, relationships feel very much like a game." It might sound surprising, then, that this artsy game about love is wrapped in a tale of science fiction. You and the other players you encounter in the cafe aren't really wandering a deserted beach, you're actually in a virtual reality simulation designed to help reduce the loneliness of space travel.

The sci-fi aspect of the game actually began as a joke. But the more the developers thought about it, the more it made sense. After all, is having a conversation with another person in a VR simulation all that different from meeting online? That's how Samyn and Auriea Harvey, Tale of Tales' other co-founder, met. "We think this is romantic," says Samyn. "Probably because this is how we fell in love with each other. Not in actual space, but in cyberspace, which is also very science fiction, and a conventional metaphor for the internet." The futuristic setting also influences the look of the game. There's a graininess to the visuals that betrays the simulation, and when you close your eyes (there's a button for that) you can see the underlying digital structure of the world — it's sort of like when Neo is finally able to see the ones and zeroes that make up The Matrix.

The personal nature of Bientôt l'été led to an emotionally exhaustive development process, which produced several moments of doubt and fear, all openly chronicled on the game's development blog. When the title was finally released in mid-December, after around a year of development, Samyn wrote that "I'm not sure if I ever want to do this again." That said, as difficult as the process was, he appears largely satisfied with the final product. "I have said what I wanted to say, as an artist, with Bientôt l'été. Now I can do something else."

One of the main issues was the fact that Bientôt l'été was almost certainly going to be a niche experience, enjoyed by relatively few. And those who actually decided to pick up the game were likely already experienced with art in its many forms — it was almost like preaching to the choir, instead of spreading the word to new players. "Sometimes it felt superfluous, or even decadent, to work for a small group of people already capable of enjoying many types of art," says Samyn, "while much larger groups have very little access to artistic enjoyment."

Perhaps unsurprisingly, the game hasn't made much of a splash in more traditional gaming news outlets, but aside from that Samyn says the response has been very encouraging. "I'm happily surprised by the extent of which many people seem to enjoy it. This is surprising because it's such a personal piece, and I had no idea if what I felt as perfect would speak to anyone else. So I am very grateful for that and feel very satisfied as an artist."