Samsung's Series 3 Chromebox used to look a lot like Apple's Mac Mini: a rounded rectangular slab of silver neatly sandwiched between sheets of black. Today, however, Samsung's revealed a completely new look for the tiny Chrome OS computer, without changing a single specification up and down the board. It's still got the exact same dimensions, the exact same 1.9GHz Celeron B940 processor, 4GB of memory, 16GB of storage, and all of the same ports. It looks like Samsung's merely squeezed the ice cream out of its ice cream sandwich design, so to speak, wrapping a pristine white plastic shell over the same exact motherboard. 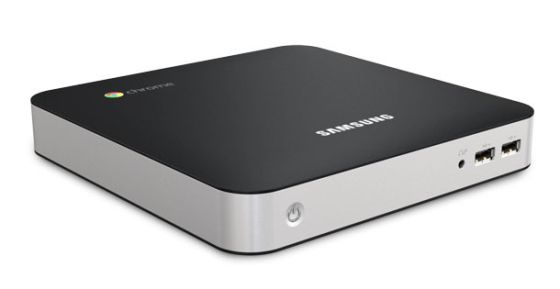 In our full review of the original Series 3 Chromebox, we found it wasn't nearly as useful as a similarly priced Windows machine, and a new design won't change that one bit. This design change is important for a different reason, though. It suggests that Samsung is no longer keen on aping Apple's design language, and may be looking to more strongly pursue a style of its own.