Astronaut Chris Hadfield this week published new aerial photos of Washington, DC, just ahead of President Barack Obama's inauguration on Monday. Captured from aboard NASA's International Space Station, the photos were taken on Saturday during the day and evening, providing an overhead glimpse of the city's inaugural weekend preparations. Obama was officially sworn into a second term in office on Sunday, and will deliver a public address during Monday's ceremony. For more on NASA's involvement with the event, click here. 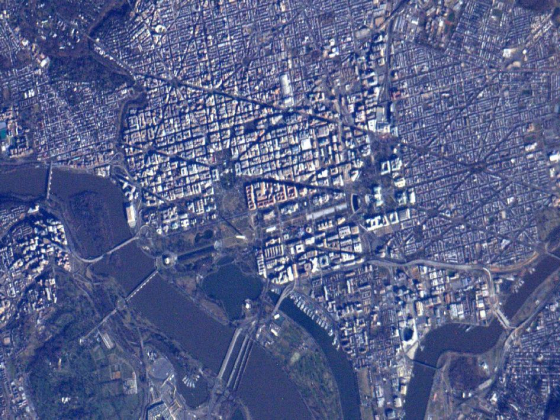