Microsoft is expanding the number of markets that will sell its Surface RT tablet in the coming weeks. 13 European countries will start selling Surface RT tablets, including: Austria, Belgium, Denmark, Finland, Ireland, Italy, Luxembourg, the Netherlands, Norway, Portugal, Spain, Sweden, and Switzerland. The expansion more than doubles the number of countries where Surface RT is available to purchase and marks an important step in the future of the Surface family.

Microsoft's commitment to bringing Surface RT to additional markets shows the company is serious about the future of its new brand. PC OEMs might be struggling to push Windows 8 models, but Microsoft's work has only just begun to convince consumers that it can offer an alternative to Android and iOS hardware. Ballmer calls it "priming the pump," but it's clear Microsoft is focused on making Surface a success.

Three new Touch Covers will launch on February 9th, alongside a 64GB model that will be sold without a cover for $599. The new limited edition Touch Covers include a red edition with a snake to symbolize Chinese New Year, a blue version with skulls, and a pink cover with flowers. Microsoft says the Touch Covers will be available for a "short time only" at retail locations and online. All three will be priced at $129.99 each. 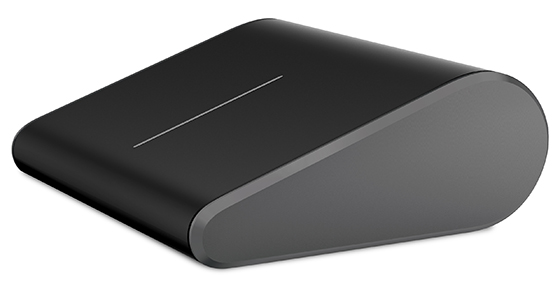 Finally, Microsoft is also releasing a special edition Wedge Touch Mouse that's designed to match the style of Surface. The Bluetooth-enabled device is a miniature mouse that can be paired with the Surface on the go. It will be available at locations where Surface is sold at $69.95.