Source Mozilla and geeksphone | Via Engadget

Mozilla has today revealed a partnership with Spanish startup Geeksphone for a pair of Firefox OS developer devices, Keon and Peak. In line with the company's pursuit of low-end, emerging markets, the company is making more noise about the Keon model. It's a very basic device more akin to a featurephone than a fully-fledged smartphone. Powered by a single-core 1GHz Snapdragon S1 from Qualcomm, it has a 480 x 320 HVGA touchscreen, 512MB of RAM, and 4GB of on-board storage, along with a 3-megapixel camera and WiFi / 3G antennas. The first editions of the low-end device are expected to arrive next month. 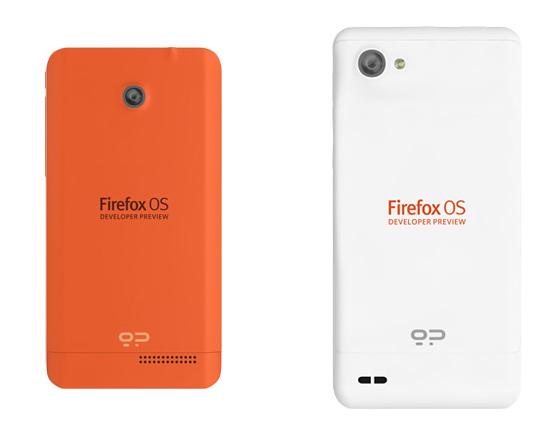 Peak, although still unexciting when compared to even 2011's flagship models, should be a far more powerful phone than Keon. Powered by an unspecified 1.2GHz dual-core Snapdragon S4 processor — it's not clear if it's a high-power "Krait" or a lesser Cortex-A5 chip — Peak has a 4.3-inch qHD (960 x 540) display and an 8-megapixel camera. It comes with the same 512MB of RAM and 4GB of storage as Keon. There are no details on cost or release date for the device just yet, but Geeksphone says it'll arrive with a price tag "you could never have imagined," so we expect it to be priced very competitively.