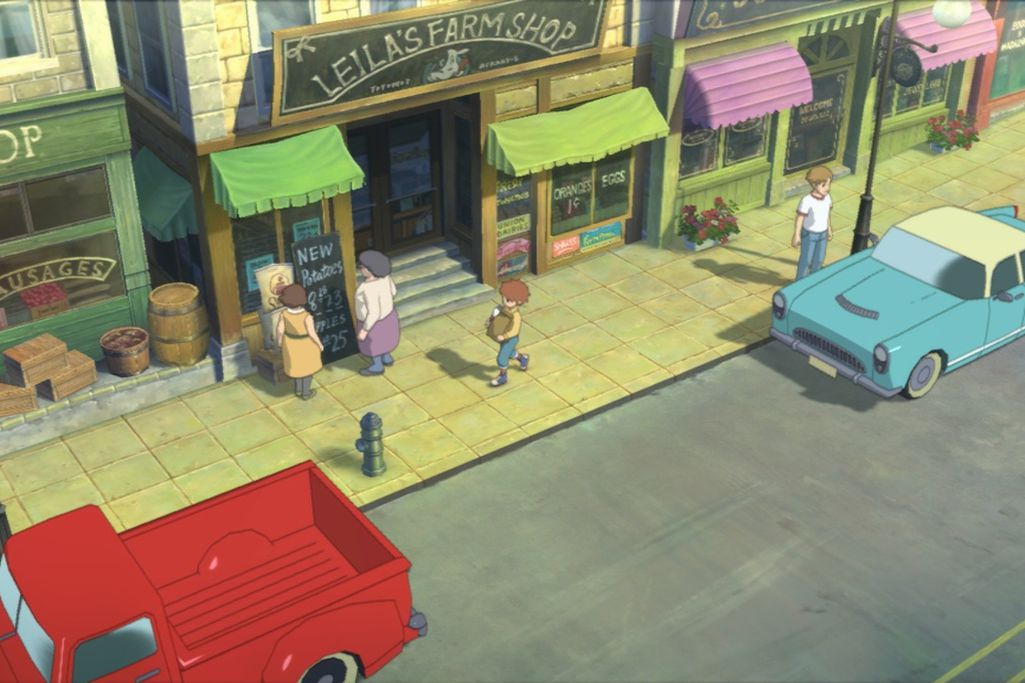 Hayao Miyazaki, renowned director and co-founder of Japanese animation powerhouse Studio Ghibli, doesn't like video games. He once tried to play a PC version of the Japanese board game Shogi but it wasn't for him. "The PC checks all approaches," he said in an interview. "That's not fair." But despite his lack of fondness for the medium, Miyazaki’s studio teamed up with developer Level 5 to bring Ghibli’s incomparable style to the world of gaming. Released on the PlayStation 3 in Japan back in 2011, Ni No Kuni: Wrath of the White Witch finally made its way to an English-speaking audience this week. It combines two of the country's greatest exports — it's an epic role playing experience with the look and feel of a high quality animated film. And it took two of Japan’s most talented companies to pull it off.

Ni No Kuni tells the story of 13-year-old Oliver, a young boy who ventures into a fantastical world in an attempt to save his dead mother. Naturally, he's accompanied by a helpful fairy named Drippy who has taken the form of one of Oliver's stuffed animals. As you'd imagine — considering it comes to us from the same minds that created films like My Neighbor Totoro and Spirited Away and games like the Professor Layton series — the world of Ni No Kuni is ridiculously charming.

There are dozens of areas to explore, and as players venture through the world they'll encounter everything from cats who are kings to helpful genies. It's an epic experience in the vein of RPG mainstays like Dragon Quest, and even includes a monster-collecting element for an added Pokemon vibe. There’s some grinding involved, as with most games in the genre, but the world is engrossing enough that it almost doesn’t feel like a chore.

The partnership between Studio Ghibli and Level 5 makes a lot of sense. Ghibli films have inspired a generation of video game developers in Japan — including Final Fantasy creator Hironobu Sakaguchi, who has said that the series’ iconic chocobos were inspired by Miyazaki’s Nausicaä of the Valley of the Wind — while Level 5 has managed to craft several franchises with aspirations bigger than just video games. Its soccer-themed RPG series Inazuma Eleven spawned an anime series, for example, while a feature-length Professor Layton film debuted in Japanese theaters in 2009. 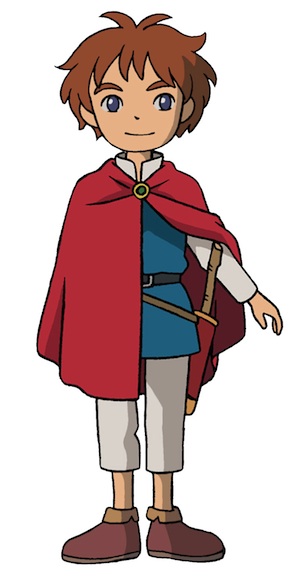 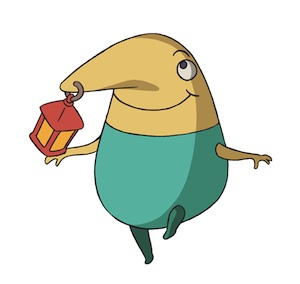 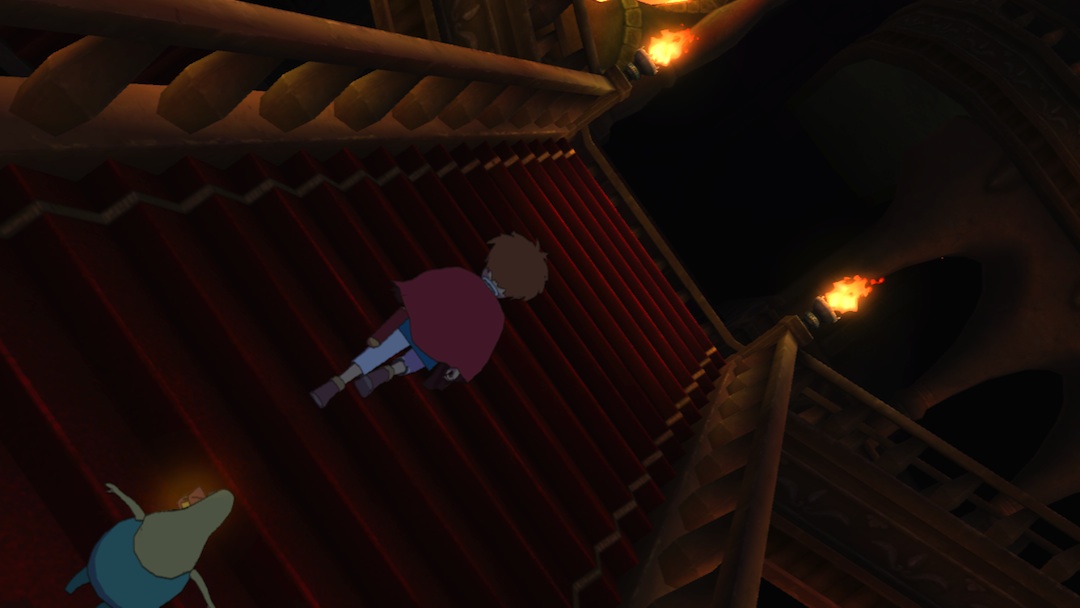 The collaboration began when Level 5 was looking to do something special to celebrate its 10th anniversary. Musician Naoya Fujimaki, who had worked with both companies in the past, introduced Level 5 president Akihiro Hino to Studio Ghibli president Toshio Suzuki, where they discussed Ghibli potentially doing some animation work for an upcoming project.

The timing turned out to be perfect as Ghibli had finished work on Ponyo. "The entirety of Ghibli was free of work at just that moment," Fujimaki told Famitsu magazine in 2009. "Miyazaki may say that he hates games, but being a businessman, Suzuki isn't going to just let his staff play around all day." Suzuki initially thought it would be at most three months worth of work — at its highest output, Ghibli can produce around five minutes' worth of "theater-quality animation" each month — but it ended up taking quite a bit longer than that.

Ghibli’s Yoshiyuki Momose served as the director of animation on the project, which not only involved creating animations, but also staging scenes and directing actors during the motion capture sessions. He also drew a number of the character designs and storyboards himself, based on written descriptions from Level 5, adding an extra dose of Ghibli flair to the game. "The only thing we asked of Mr. Momose was for the designs to be Ghibli-like," Hino told The Verge. But even with this help, getting the game to look just right wasn't easy.

Motion capture was used for character movements, but since real people and cartoon people don’t move exactly the same, those movements had to be tweaked, especially when it came to both walking and running. "We actually adjusted the movements in a way that would make them appear a little choppier," says Hino. Even many of the monsters in the game have their own specific animations. But it wasn't just the animation that was tough to pull off — programmers also had a difficult time recreating the character outlines common in anime, while the art team extensively researched the hand-drawn style Ghibli uses for the backgrounds of its films. Both of these aspects were faithfully recreated in the game.

The result of all of this hard work is remarkable: playing Ni No Kuni feels like moving around inside of a Studio Ghibli film. But at the same time it's a completely original universe, and Hino says that at no point did the studio consider making a video game version of one of Ghibli's many well known movies. "There were no plans to create a game out of Studio Ghibli’s films," he explains. "Rather, we requested that they create the animations for a project based on our ideas, which, in retrospect, was even better than turning an existing property into a game. We were overjoyed!" That’s not to say that he thinks Ghibli's works aren't suited for gaming, though. "I really like Castle in the Sky, so just imagining making a game out of it… that sounds fun." 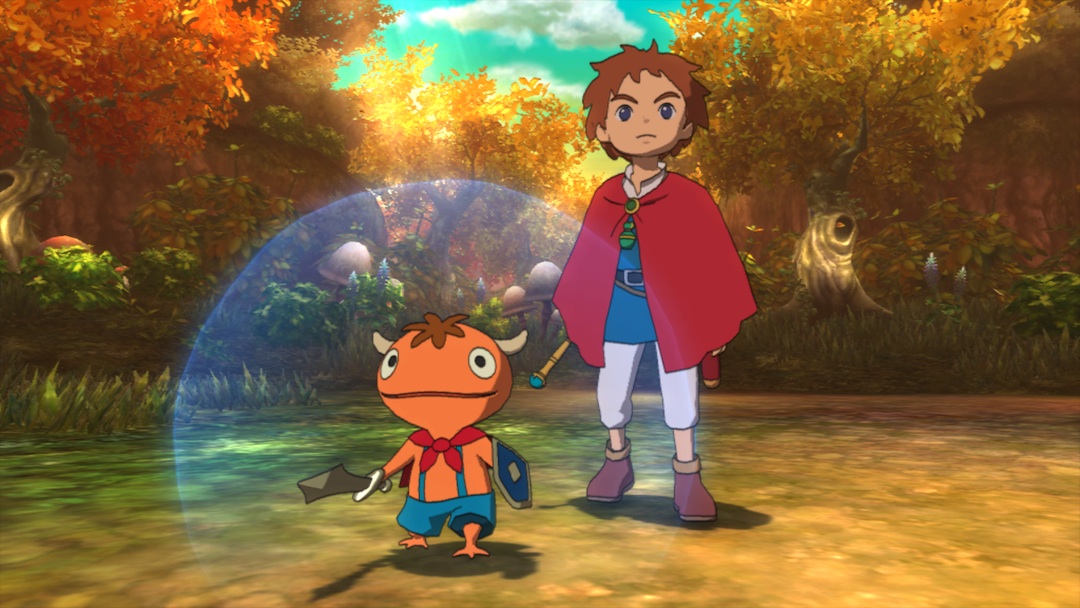 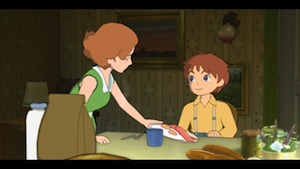 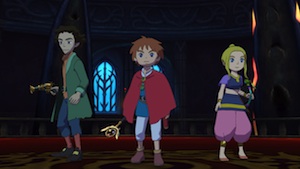 Level 5 is no stranger to collaboration, have worked closely with some of gaming's biggest names, including Sony, Nintendo, and Square Enix. But working with a company outside of the gaming space proved to be a valuable learning experience. "It was very exhilarating to learn staging techniques in the animation medium, and it has since become very valuable experience for us," says Hino. "Game development differs from animation production in many respects."

The delay between the English and Japanese versions of Ni No Kuni has been a lengthy one — and English-speaking gamers will also be missing out on the Nintendo DS version of the game — but, at the very least, the localization is excellent. The dialog feels natural, the voice acting strong, and characters even speak in a wide range of believable accents. If you purchase the $99.99 special edition you'll also get a fully translated version of The Wizard's Companion, a 350-page hardcover version of the in-game spellbook. "We hope fans will master The Wizard’s Companion as though they themselves have become a wizard," says Hino.

In Japan, the PS3 version of the game sold more than half a million copies as of February 2011, including over 170,000 in its first week alone. But Ni No Kuni's future may also depend on its success in other markets. No sequels or spin-offs have been announced just yet, but Hino says that the prospect of turning Ni No Kuni into a franchise is "quite alluring." It just depends on the demand. "It may happen in the future," he says. "I get excited just thinking about sequels for the series or creating a movie."