British security company Selectamark has launched a new system to help police and military tie suspects to the scene of a crime. The SelectaDNA High Velocity System pistols and rifles fire non-lethal pellets that mark targets with DNA traces so that they can be identified as being involved in an incident — even if an arrest is impossible at the time.

The pellets weigh 1g each, are accurate from a range of 30-40 meters (98-131 feet) and come in a pack of 14, all of which share the same DNA code. SelectaDNA has previously been used in an anti-intruder spray; the company says their invisible, harmless DNA trace marks will "remain on an offender for weeks." 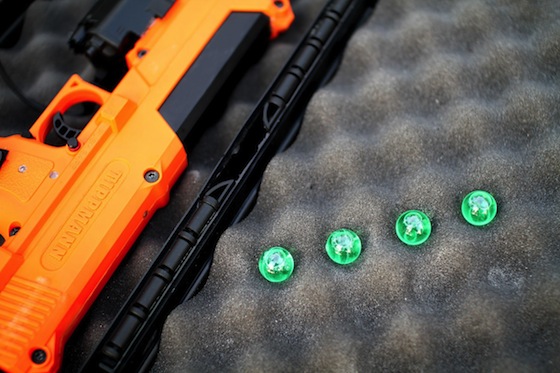