The designer talks about learning to code, his first memories of the internet, and a love for analog photography

Tim Moore is the Creative Director at 29th Street Publishing, an app development house that creates the magazine-style content apps like the The Awl’s Weekend Companion and, more recently, Maura Johnston’s Maura Magazine. Independently, he also edits and designs Letter to Jane, one of the most popular arts magazines on iOS. Moore took a few minutes to talk to The Verge about learning to code, subcompact publishing, and the allure of analog culture.

Where are you right now and what are you doing?

Before I picked up the phone I was… basically hating every design I made today. And now I’m in the office looking out the window. It’s pretty relaxing. A lot of old buildings, water towers.

What does a regular day look like for you?

We usually start with a quick meeting about what everyone’s responsibilities are for the day. Then after check-in, I’m either creating mock-ups for the clients or in Xcode building the app. Basically all I do every day is program or design. Or take the occasional meeting, but I try to avoid those as much as possible.

Where do you find yourself taking inspiration?

"I, being a pretentious 20-year-old, said, I want to make a film with essays. So I started aping how films work."

Film’s been a big thing for me. I studied it, and I’m just kind of obsessed with it. And that’s kind of how…I developed this zine called Letter to Jane. All these directors from the 60s, the French New Wave, they’re all writers, and they said, we want to start writing, we want to start making essays with film. And I, being a pretentious 20-year-old, said, I want to make a film with essays. So I started aping how films work. You break it down into scenes, which are these self-contained ideas, you link them up narratively and then you have a movie. I tried to make each feature this self-contained thing, and try to link it narratively, and have a magazine. That’s been the basic structure in every app I’ve built. Every feature is really self-contained but there tries to be forward momentum.

What’s your first memory of the internet?

You know, it wasn’t even really the internet. It was like, AOL, when I was a kid. Trying to figure out those little games where you moved a character across a screen. You just kept clicking and clicking. I remember stuff like that. The seemingly hours it took to get on dial-up. Or trying to chat with somebody, that was weird. Nike forums, sports sites. 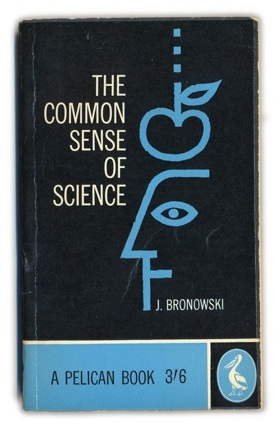 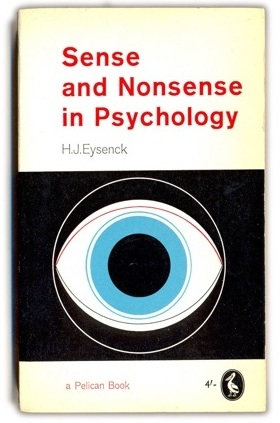 In the design process, are you trying to replicate the feeling of a magazine or something more native?

It’s kind of a hybrid, honestly. The first three apps we put out are in this so-called subcompact style. And that came out of me going to a thrift store and buying a ton of Pelican books or Penguin, just some cheap paperbacks. I’m really sad that there’s not a paperback culture anymore. With print getting more expensive, weeklies are going away, bimonthlies, and there was a style to them, especially from the ‘30s to the ‘60s. And this style of like, a bold headline, and then properly set text. They had a disposable nature to them. I really wanted that style with just a small graphical element. And that comes from trying to replicate something in the real world. But the digital experience is first and foremost. You want to make it feel like a kindred spirit to print.

Do you see yourself as part of the subcompact model for app publishing?

It’s funny. I’m kind of in both camps now, and I didn’t mean to be. To me, "subcompact," it’s a great word because it finally gave us a dialogue so everyone has to talk about it. And it gave life to this new platform. When magazines came out they were on these kind of bloated shell-outs and people would just dump in their content. And everyone’s been saying, there’s going to be some kind of native platform that’s going to come out that’s going to be better than this. And subcompact’s really the start of it. We’re maybe 1% realizing what this means. This is something that’s native, it’s not bloated, customizable.

"The digital experience is first and foremost. You want to make it feel like a kindred spirit to print."

How we’re working, we have writers, we have a custom web interface, they make their issues, we work with them on the app side and build a native app. It’s very lean; it’s basically what Craig Mod said. So it’s good that that came out. But "subcompact" is the worst description for it, because subcompacts are horrible cars. Nobody works this hard and wants to be compared to an Ikea bookshelf or something. Subcompact means you have all these cheap parts and it makes this cheap, efficient car, and that kind of puts down the content. Content isn’t easy. You still need good content and that content takes a lot of effort.

How did you get into coding?

I always get emails like, hey how hard is it to code, how did you learn, how did you do that? I know there’s a lot of inquisitive people like me out there. At the time I learned to code, I lived in Oregon. It was cheap to live. I could find odd jobs to keep a roof over my head. The economy was bad. I couldn’t find anything to do. I had a ton of free time so I just kept on trying and trying, and I started to code and then I got something. And I get emails from people like that every day.

You also have a blog called The American Friend that’s all shots you’ve taken on 35mm film. Is that a conscious choice to stay analog?

It was a very conscious choice. I do all the digital stuff but I went to college for photography and you weren’t allowed to touch a digital camera when I went. It wasn’t even that long ago, I just went to a very old-school place. My professor hated digital, you had to do it with your hands. And by the time I graduated, Kodak was gone. Everything I had just learned, I couldn’t even buy the materials for it without breaking the bank.

What’s the biggest challenge in designing an iPad app?

An iPad screen is an incredibly small area to work with. You can’t really show a lot at the same time. So you need this new minimal approach. I feel like the iPad is a really great universal frame. You look at a photo and that’s a great feeling because you’re looking at one thing, you’re concentrating on one idea. I feel like that’s where the design has to go.