Source Mashable and The New Republic

The New Republic, the political and arts magazine that has been published for over 98 years, just launched a design overhaul that spans the website, mobile devices, and the print edition itself. It comes ten months after Chris Hughes, a 29-year-old co-founder of Facebook, acquired a majority stake in the property and became editor-in-chief. While Newsweek simply closed down its print edition, Hughes believes that it can work alongside the New Republic's digital offerings in a complementary way.

In a letter to readers, Hughes stresses that the 2013 New Republic can "no longer be just a magazine," referring to the publication's website, audio content, live events, iPad app, and more. "As we move into this new era, we hope to inhabit the best traditions of The New Republic and to provide our readers with the insight they need to leave a mark on the world." 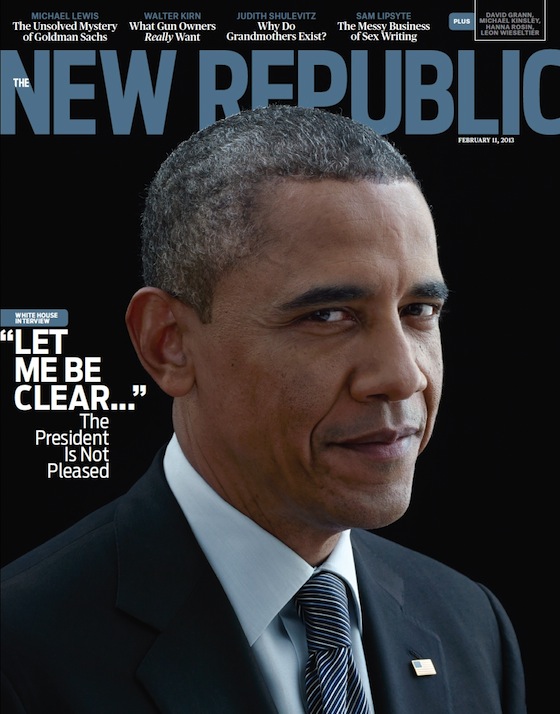 One example is the new website, which uses a responsive design that adapts to different sized screens from desktop to mobile. Features include a bar that pops down from the top of the article view and indicates how deep you are in the current story, as well as options to change the type size and play an audio version of each article. The home page takes an unusual approach by not attempting to link to as many stories as possible — instead, a few major articles are spotlighted, and there are discrete sections for "must-reads" and "our latest."

As for the publication's editorial direction, Hughes says he shares the "unabashed idealism" of the magazine's founders, believing that "there must remain space for journalism that takes time to produce and demands a longer attention span-writing that is at once nourishing and entertaining." The New Republic will "strive to be free of party ideology or partisan bias, although it will showcase passionate writing and will continue to wrestle with the primary questions about our society."

"Probably the most important approach I took from Facebook is [its] approach to iterative design."

The site is launching behind a paywall that allows for up to eight free articles a month; Hughes will be looking to boost subscriber numbers, which currently hover at around 44,000. For the $34.97 yearly fee, readers will get 20 print issues along with access to the New Republic's digital content, which syncs across platforms.

In an interview with Mashable, the editor-in-chief says he expects the operation to be profitable within two years. "Probably the most important approach I took from Facebook is [its] approach to iterative design," he said. "It's a culture of constantly trying to improve things." And, in a publishing environment where even titans such as Newsweek are moving away from print, the New Republic's approach is nothing if not all-in.