Breaking with the tradition of making Mobile World Congress its marquee show of the year, HTC has set a date mere days ahead of the Barcelona extravaganza to debut some fresh new hardware. We've been invited to a February 19th get-together in London, where the Taiwanese company can be expected to introduce its well rumored and leaked M7 Android flagship — or perhaps something entirely different. Half the fun of it is in the not knowing. The other half will be in our live coverage, so stay tuned to find out what Peter Chou and company are going to launch a week before MWC.

HTC is also hosting a simultaneous event in New York City, the invite for which can be seen below. Alas, other than an urban environment and the blurry outline of young hip people, there don't seem to be any particular hints about what is to come from this February 19th launch. 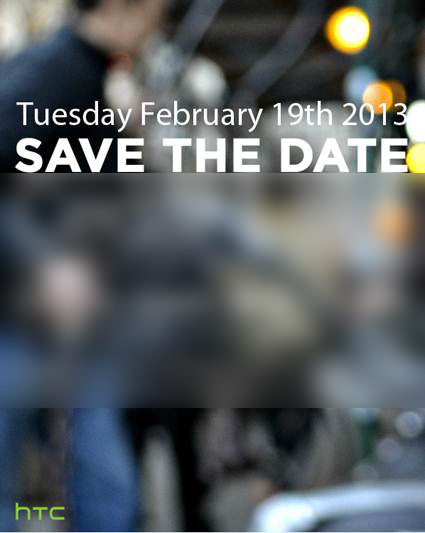 More from this stream HTC One: What we know prior to the February 19th launch