Both the Nexus S and Galaxy Nexus were released in white variants, so it wouldn't be too surprising if LG decides to follow suit with the Nexus 4. That may very well happen if an image provided to Phone Arena is any indication. The photo reveals the backside of what's purportedly the white Nexus 4. Other than the white casing, a chrome LED flash ring appears to be the only difference between it and the standard black model. The device's unique holographic stipple pattern can be made out near the bottom, but it's still hard to say whether we're seeing the real deal here. It could easily be a custom third-party backplate, for example.

Even so, EXIF data suggests the photo was taken by a Korean Optimus G, so it's at least feasible that this could have been snapped by a sly LG employee. There's already a white-clad Optimus G, after all. But considering the overwhelming popularity of Google's flagship handset, it seems not many people are waiting around for a new color. 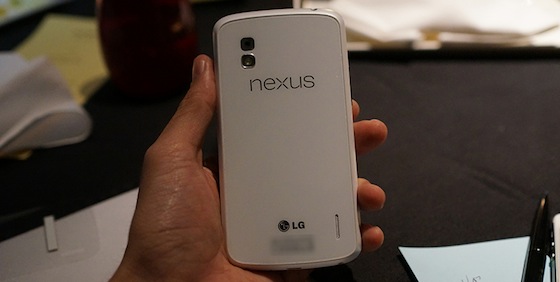 Update: An entire gallery of photos detailing the alleged phone has leaked over at Vietnamese site Tinhte, which has a solid record of acquiring products before their official announcement. As you'll see, it looks like the white coloring only extends to the back and sides of the phone, with the front bezel remaining the same glossy black we know from the existing Nexus 4. 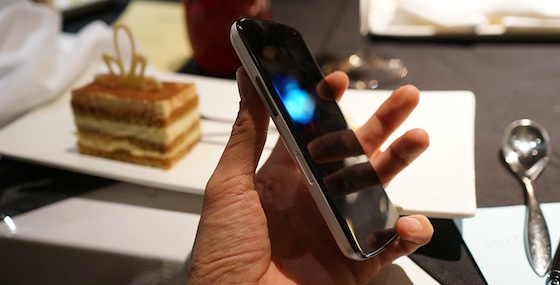