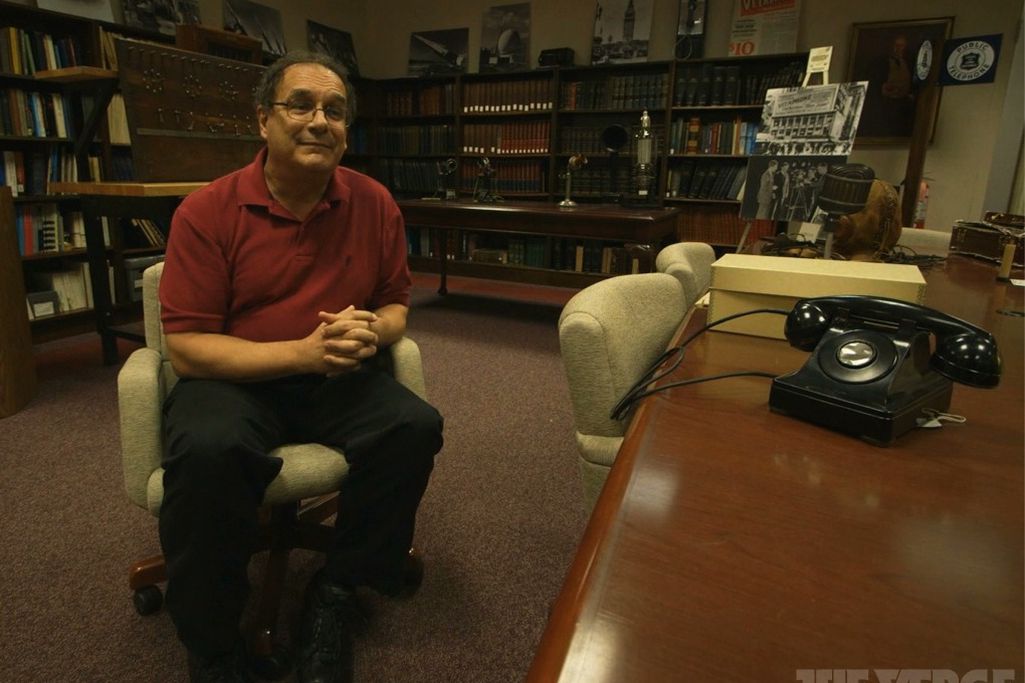 George Kupczak really likes his job. Curly-haired and bespectacled, brimming with enthusiasm, he’s the manager of the AT&T Archives and History Center in Warren, New Jersey. The facility, a beige warehouse with only a small sign indicating its importance, houses more than 10,000 artifacts. There are also 10,000 films and videos and over a million photos, all of which Kupczak spends his days exploring and cataloguing. He’s the go-to guy for scholars, writers, filmmakers — anyone interested in the story of AT&T. “For the most part, it’s a nice gig,” he says with a laugh.

Ma Bell’s history, he explains, is richer and more wide-reaching than many people realize. Of course, there’s the company’s origins with Alexander Graham Bell: the archive includes his 1876 patent awarded for invention of the telephone. The invaluable document resides in a fireproof vault, where any errant flame would trigger safety measures, sucking all the oxygen from the room. Other priceless artifacts kept in the vault include a connective wire from that first phone and a notebook that once belonged to Thomas A. Watson. In its brown and brittle pages you can find Watson’s description of the first telephone conversation, on March 10, 1876.

Then there are the less appreciated advances, like the Telstar satellites launched in the early 1960s, at the very beginning of transatlantic satellite communications. AT&T’s Bell Labs invented Unix, and the archive contains a boxy, grey "Unix PC." There are schematics outlining the then-theoretical idea of a cellular phone network. Notebooks detailing the invention of the transistor. A prototype solar battery and a vacuum tube from the first demonstration of broadcast television. The charge-coupled device technology that enabled today’s digital imaging. Hearing aids, lasers, the artificial larynx — they all originated at AT&T and have their place in the archive.

"I get excited when people come here, filmmakers or researchers, because I get to convey to them that it’s more than just a communications company," Kupczak says. "We’ve done more over the last 135-odd years as a company than people are aware of, and I like to bring that out." Those filmmakers he mentions include Clint Eastwood, whose movie Changeling required Angelina Jolie to play a 1920’s switchboard operator; Eastwood’s people visited the archive to research period-appropriate clothing. Oprah’s people came calling about a 1970’s princess phone, while Christie’s auction house asked Kupczak to verify whether it was selling the only copy of the first telephone directory. He had to say that, no, AT&T had one of those, too.

"It’s such a huge collection. I get surprised. Unless people ask for it, I don’t know whether we have it," he says. The archive began in 1921, continuing to grow as AT&T became a corporate giant, through its government-mandated breakup in the 1980s, to today’s iteration of the company founded over 130 years ago. As Kupczak puts its, "It’s a century’s worth of history — and I think it’s a national treasure."